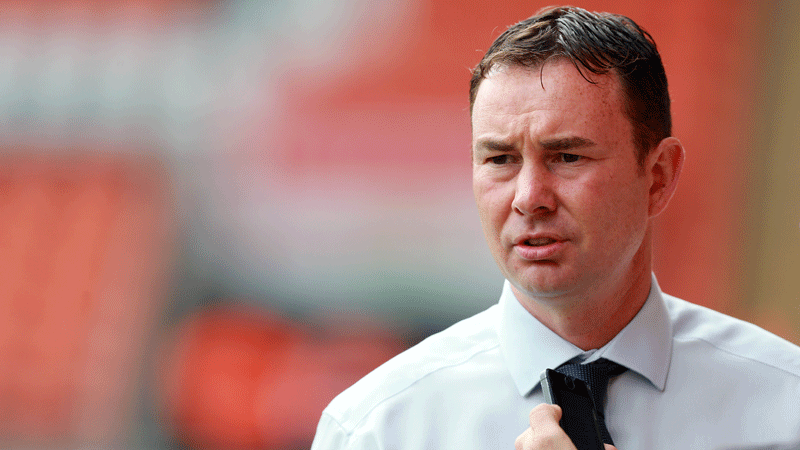 DESPITE unforeseen circumstances outside of his and Argyle’s control, Derek Adams fully expects to reap plenty of rewards from his side’s trip to the Netherlands.

After the Pilgrims put in a strong showing at Home Park in a 1-0 defeat to Sky Bet Championship side Cardiff City, Derek and the boys jet off to Delden for a schedule of rigorous training and important bonding.

“I’m looking forward to it,” said Adams. “It’s a place I know well and the players enjoy going there. It’s a fantastic facility for us to go and prepare for the season ahead.

Unfortunately, both of the club’s scheduled matches in the Netherlands, against FC Emmen and FC Twente, have been called off, leaving the boss having renegotiate and rethink his plans. Adams is as frustrated as anyone in the cancellations, but is focusing his efforts on ensuring his team and the fans have some more competitive football to enjoy before the new season begins.

“There’s nothing much that we can do as a football club,” said Derek. “We’ve arranged the games against good opposition. There’s obviously an issue with getting permission to play the games in Holland.

“It’s difficult, but we’ve got to try and solve the problem. We’ll try and do that in the best way we possibly can, and we’ll try and benefit from the week.

“They [the fans] were looking forward going out there and see their team play on foreign soil. There’s nothing that the football club can do about that. We can only apologise for the situation that we’ve been put in. We feel sorry that’s happened and we obviously have to try and solve the problem from a first-team point of view.

“I’m still working on different aspects with the people I know in Holland, and we’ll wait and see if I can get anything finalised. We’ll probably not know until next week."

When asked if he may look to arrange a game in England after the tour, Derek said: “We’d probably try and that as well, yes. That is a possibility. But it’s not something that we’re looking at at this stage. We’re trying to concentrate on a game in Holland.