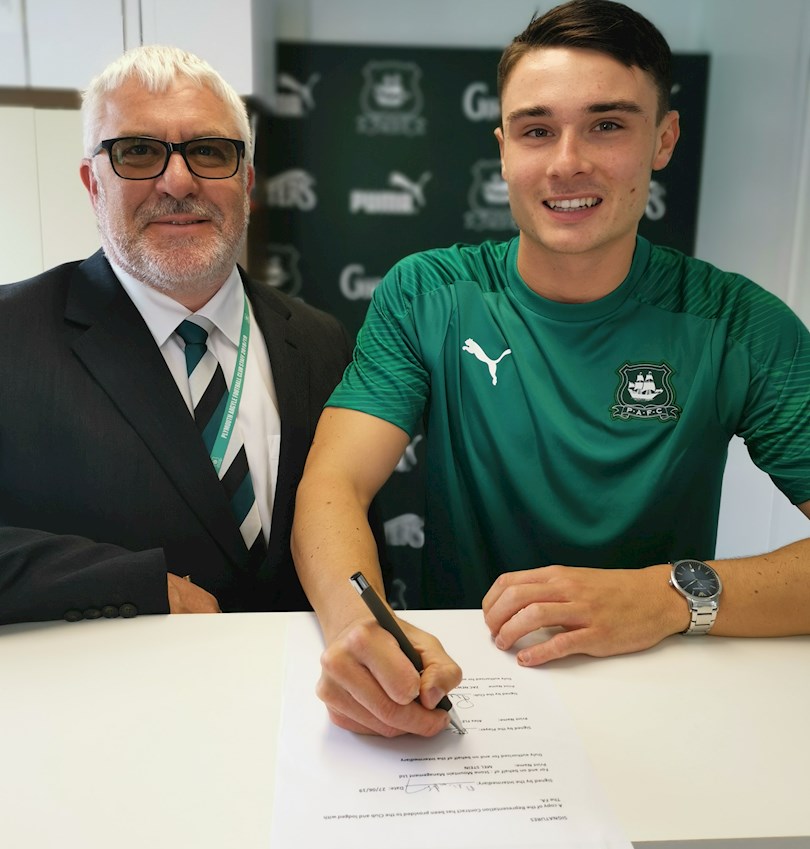 DEREK Adams hailed the importance of his young Pilgrims gaining experience by assisting some of his senior players in recording Argyle's biggest win of the pre-season campaign so far.

Winger Lionel Ainsworth, 29, scored twice as the Greens beat a hand-picked Devon FA select squad 7-0, but the other five goals were notched via a brace from first-season professional Alex Fletcher; one for development player Alex Battle; and two from apprentice substitute Sam Ryan.

Argyle ended the game fielding 11 teenagers on the pitch, with nine Academy players getting game time during the evening.

In a further plus, injured duo Sonny Bradley and Jakub Sokolik returned to the fold, the latter getting his first pre-season minutes, in an evening chock-full of positives for the Argyle boss.

"I was delighted tonight," he said. "We had a mix of senior players and younger players and they all acquitted themselves very well.

"It is important, as a first-team manager, that we understand and younger players coming through, and coach them as well. We've been able to help them the way that we coach them at first-team level.

"There was a lot of good movement and good play. They all came into the first team environment, and it is important that they play faster than they do in under-18 football, and they did that tonight.

"Every one of them showed a terrific attitude tonight."

"It was important [Bradley and Sokolik] got minutes. It was a good game for them to come in and play. It is about getting a touch of the ball again.

"We also got Ainsworth, Taylor-Sinclair and Grant some game time, and Cameron Sangster, who has been with us for the majority of pre-season, from the under-18s, has done really well again. He's one that, if he keeps on developing, will do well."

The game served not only as a build-up match for the new season, but as an exhibition and fundraiser for the Devon FA's chosen charity of Childrens' Hospice South West.

"The Devon FA have been very good to us as a football club since I have been here," said Derek.

"We have repaid them tonight by bringing a team, generated a bit of extra of money for them, and their best players in the Devon area have been able to play against Plymouth Argyle tonight."