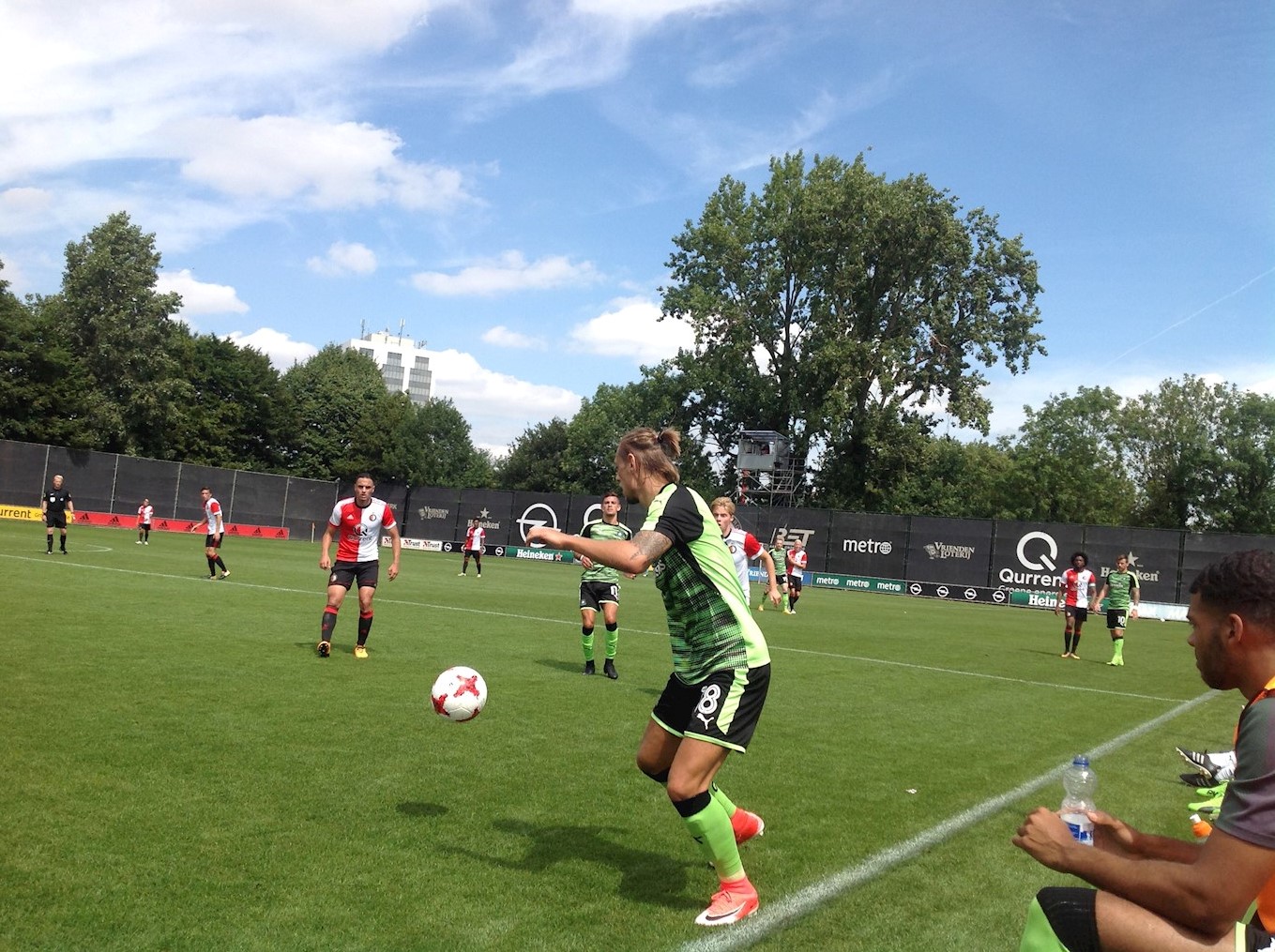 ARGYLE went Dutch with the champions of the Netherlands in a surprise encounter with Feyenoord on Wednesday.

The Pilgrims met the Rotterdam side at Feyenoord’s training facility, adjacent to their home, De Kuip, and fought out a respectable 0-0 draw against a strong side. The hosts fielded Danish International striker Nicolai Jorgensen, last year’s top scorer in the Eredivisie, with 21 goals. Also in the Feyenoord team was experienced full-back Miquel Nelom, twice-capped for the Netherlands; recent big-money signing Sofyan Amrabat, a Moroccan international, the brother of Watford player Nordin; and numerous other players with first-team experience.

In some ways, it was a shame that a fast-paced, passing game had to be played out behind closed doors, such has been the attention on Argyle’s previously scheduled games against FC Emmen and an FC Twente XI. 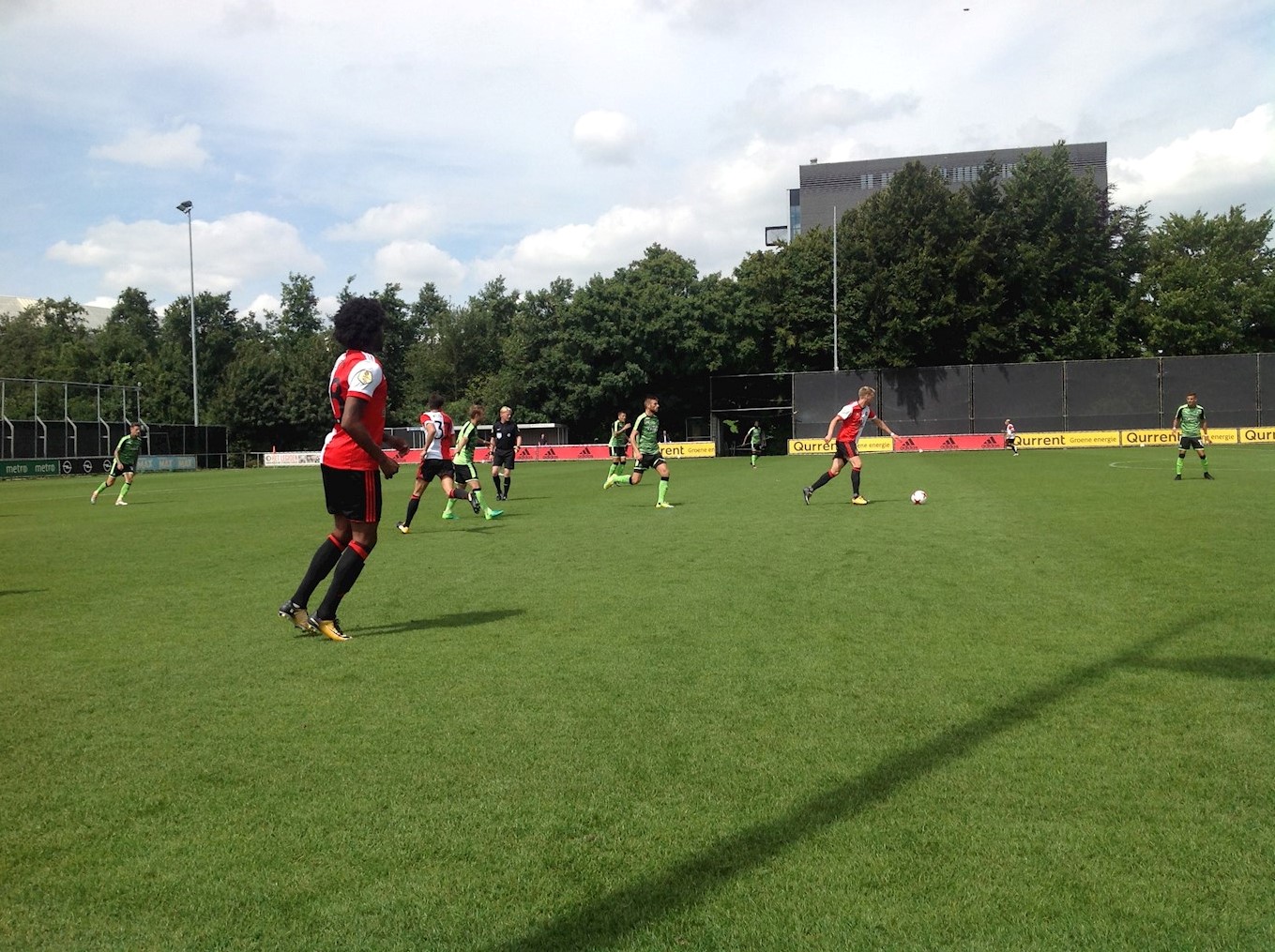 “Feyenoord had been in Austria,” said Argyle manager Derek Adams. “We contacted a number of teams in the top division to see if we could get a game, and Feyenoord were one of the ones that got back to us.

“[Feyenoord manager] Giovanni van Bronckhorst wanted to get a number of his players some game time. We needed a game, and it was a good competitive match for us.”

As creditable as the even scoreline sounds given Argyle’s perceived inferiority, it was the Pilgrims who looked most likely to score, especially in the first half.

Joel Grant went close, before Ryan Taylor flicked just past the post, midway through the opening period. At the end of the half, Ruben Lameiras timed a run perfectly, but could only shoot at the goalkeeper. Feyenoord had chances too: Emil Hansson struck weakly at McCormick when well-placed, and an excellent cross by Gustavo Hamer flashed across the Argyle six-yard area.

Chances were scarcer after the interval, but Ryan Taylor’s similar centre came so near to be flicked home by Antoni Sarcevic, then Grant, and the former Exeter man had very strong claims for a penalty, when he was hauled back inside the area, waved away. Michiel Kramer could have flicked home from a dangerous Feyenoord corner, but his touch was off, and other than a couple of long-range efforts pouched by Luke McCormick, Argyle saw the game out comfortably. 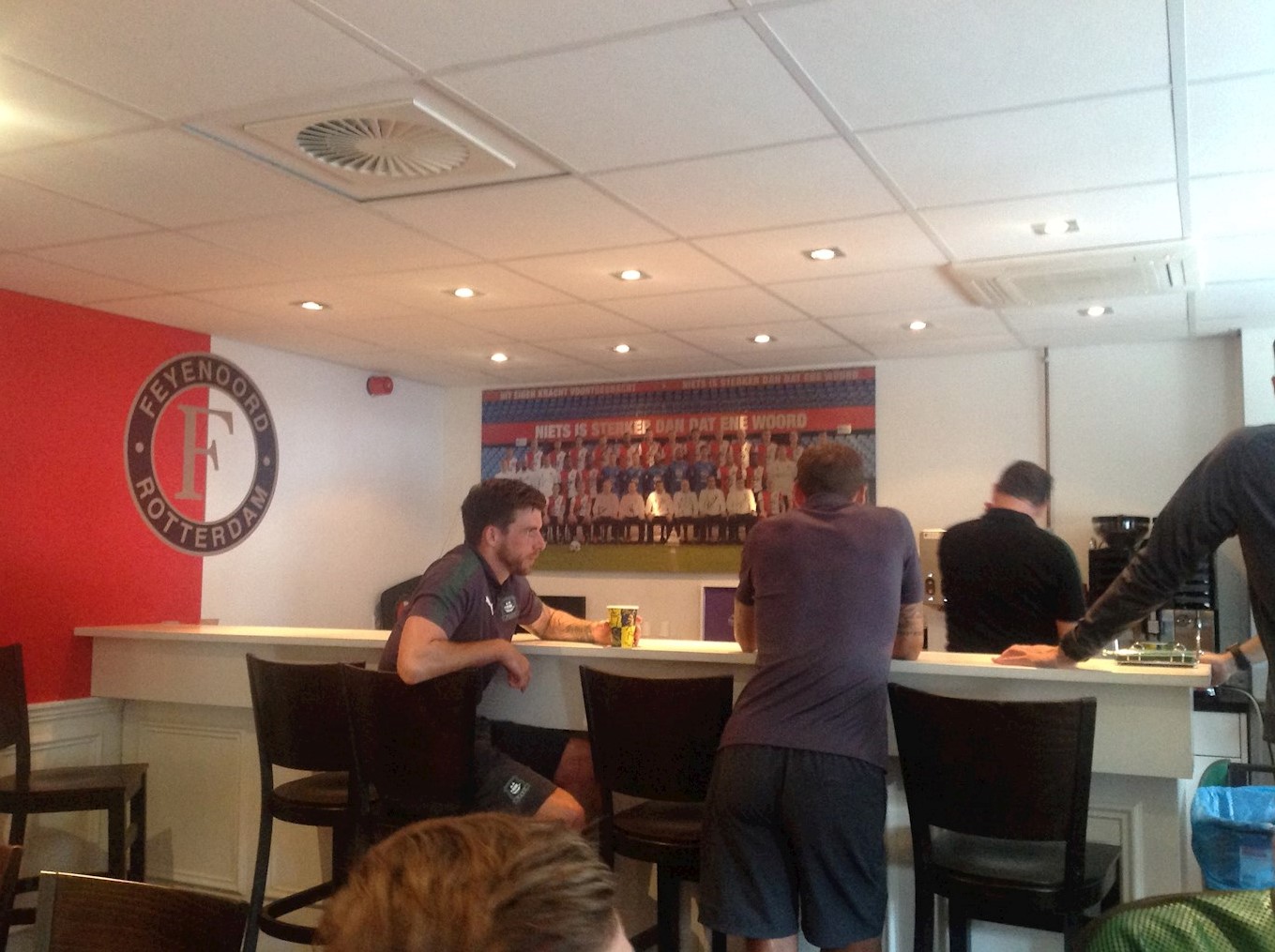 “It was a good day all round,” said Adams. “We changed in the stadium, were looked after well by Giovanni van Bronckhorst, his assistant manager Jan Wouters and Bas van Noortwijk, the team manager. We went to the training ground to play the game. They have very good facilities, and the players enjoyed pitting their wits against a team that have just won their championship a couple of months ago.

“We played against a team that will play in the Champions League this season. A number of the players that played today will play in that competition. It was another step up from the Cardiff match, which is important at this stage of the season.

“We needed to keep possession of the ball when we had it, and create chances – and we did that. We had the better opportunities in the 90 minutes; three very good opportunities that we could have scored with. Defensively as a team, as a team, we performed very well. On both sides, I was happy with how the day panned out.”