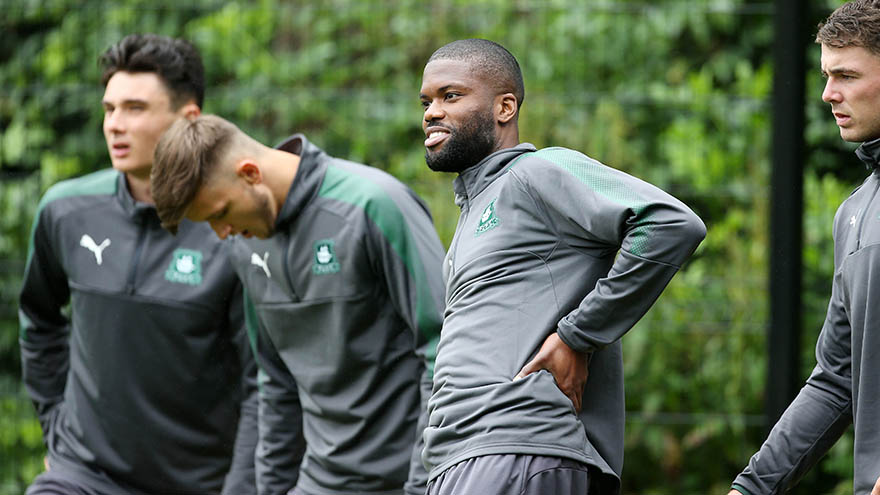 JOEL Grant is looking forward to his first game for Argyle at Home Park after having previously experienced the Green Army from the worst possible perspective.

The Pilgrims face Cardiff City at Home Park this Friday, the first and only time they play at home before the new Sky Bet League One season begins on August 5.

The pre-season friendly against Neil Warnock's Championship Bluebirds, which kicks off at 7pm, is Argyle's eighth in less than two weeks, during which time former Exeter City midfielder Joel has scored three goals and assisted another five.

Last time he played at the Theatre of Greens, Joel, one of eight summer signings, was wearing the colours of Devon's other EFL club.

"It will be the first home game, so I am very much looking forward to it," said the Jamaican international. "Home Park is a brilliant stadium and I know the crowd really get behind the team.

"Hopefully, now that I am playing for Plymouth, it will only spur me on to do really well."

Argyle manager Derek Adams is also looking forward to the Pilgrims reurn home, and to renewing acquaintances with Warnock and with Bluebirds midfielder Matty Kennedy, a key component of Argyle's promotion-winning squad while on loan from Cardiff.

"He was only there for a short period of time," said Derek, of his Cardiff counterpart, "but he’s been very helpful to me since I came to this area. He also gave me Matty Kennedy last year and he did exceptionally well for us. I’m delighted he was able to assist me and the football club, and it was good for Matty.

"He's a really good player and scored important goals for us, and he’s a player that we’d like back at Plymouth Argyle at some point, but sometimes finance is the key to what you can do.

After eight matches aainst team from all aprts of the Westcountry, Derek is relishing the test that Cardiff will provide.

He said: "They finished nearly mid-table in the Championship last year and they spent a bit over the summer in recruiting players; it will be a good test for us, but one we’re going to enjoy."

Prices for Friday's match are:

By phone 01752 907700. Calls to this number in the UK are charged at the rate of a local call, with additional charges potentially added by mobile phone operators. For many, calls to this number will be included in ‘unlimited calls’ tariffs.