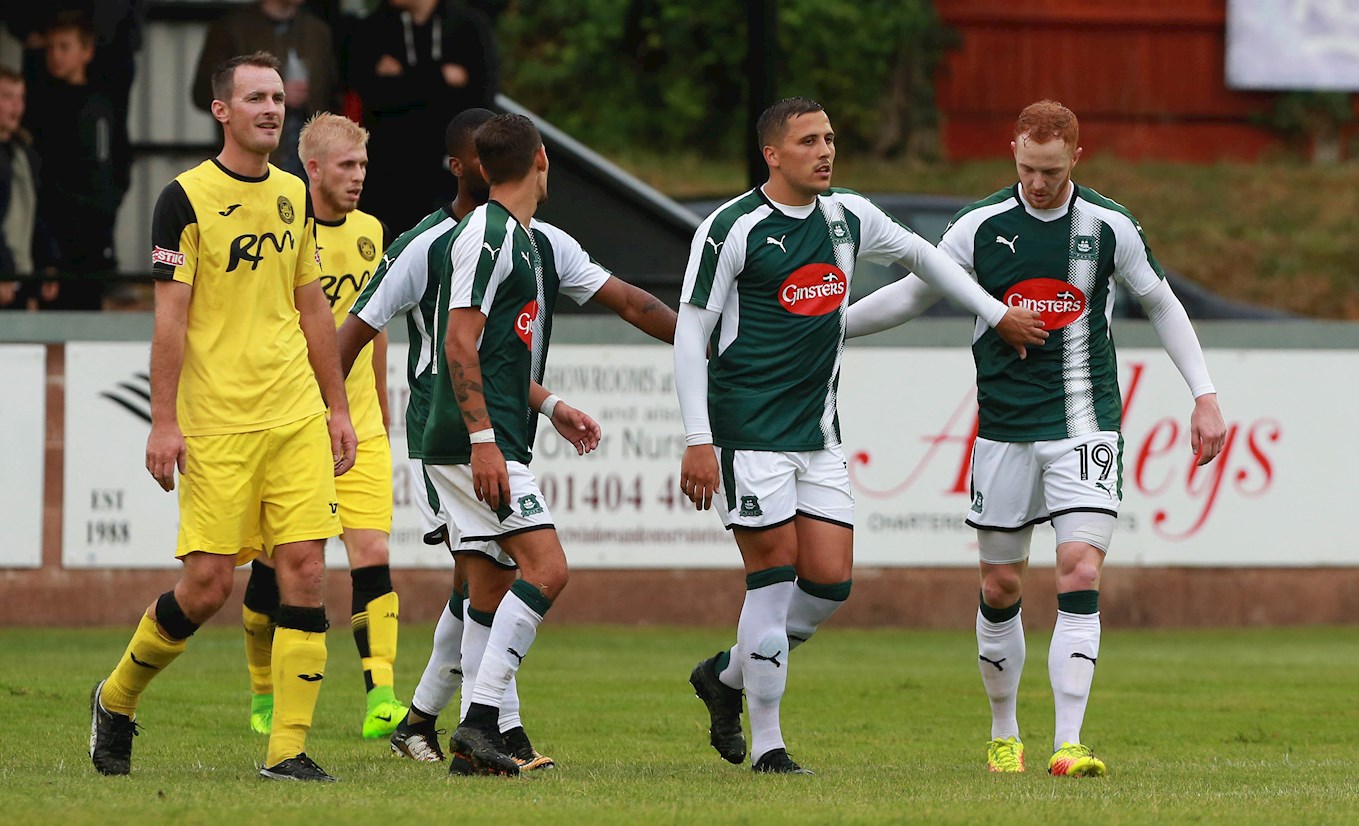 DEREK Adams continued to make strong progress towards readying his squad for the new season in a 2-1 victory over Tiverton Town.

The Greens made it three pre-season wins from three, but more importantly made more inroads into upping their fitness levels ahead of Sky Bet League One’s August 5 kick-off.

Jordan Rogers scored for the hosts after Oscar Threlkeld was adjudged to have fouled the forward in the box, but Antoni Sarcevic levelled things up before the break. Ten changes were made by Adams on the hour-mark and the fresh legs allowed Argyle to net the winner, as David Fox’s shot was flicked home by Nathan Blissett.

“I didn’t think it was a penalty, to be fair,” said Derek on Tiverton’s goal.“I thought it was a good tackle from Oscar.

“It was a good run-out. We obviously got a lot of game time for the players tonight, so it’s just about getting the legs going again. Overall, it’s another 90 minutes on the road.

“It was difficult at times because the challenges were flying in, and that’s what happens sometimes when you come against opposition like this.

“They trained this morning and they played tonight. We had a lot of good movement and passing, but we’re not up to speed as yet.

“I thought we might’ve done 45, but they didn’t quite exert themselves enough in the first 45. They were at half-tilt in the first half, so we just gave them a wee extra 15 minutes. We’ve got another game tomorrow night, so we used everybody tonight.”

With Adams chopping and changing, 20 of the 24 Pilgrims were able to play a part at Ladysmead. Jakub Sokolik and Jamie Ness are still yet to feature in pre-season, while Sonny Bradley picked up a minor knock on the day of the game.

“He had a toe injury after this morning, so that’s why he was out today,” Adams said on Sonny. “He’ll be doubtful for tomorrow.

“It happened this morning; he went in for a tackle and it was blocked. Hopefully [he’ll be available] by the weekend."