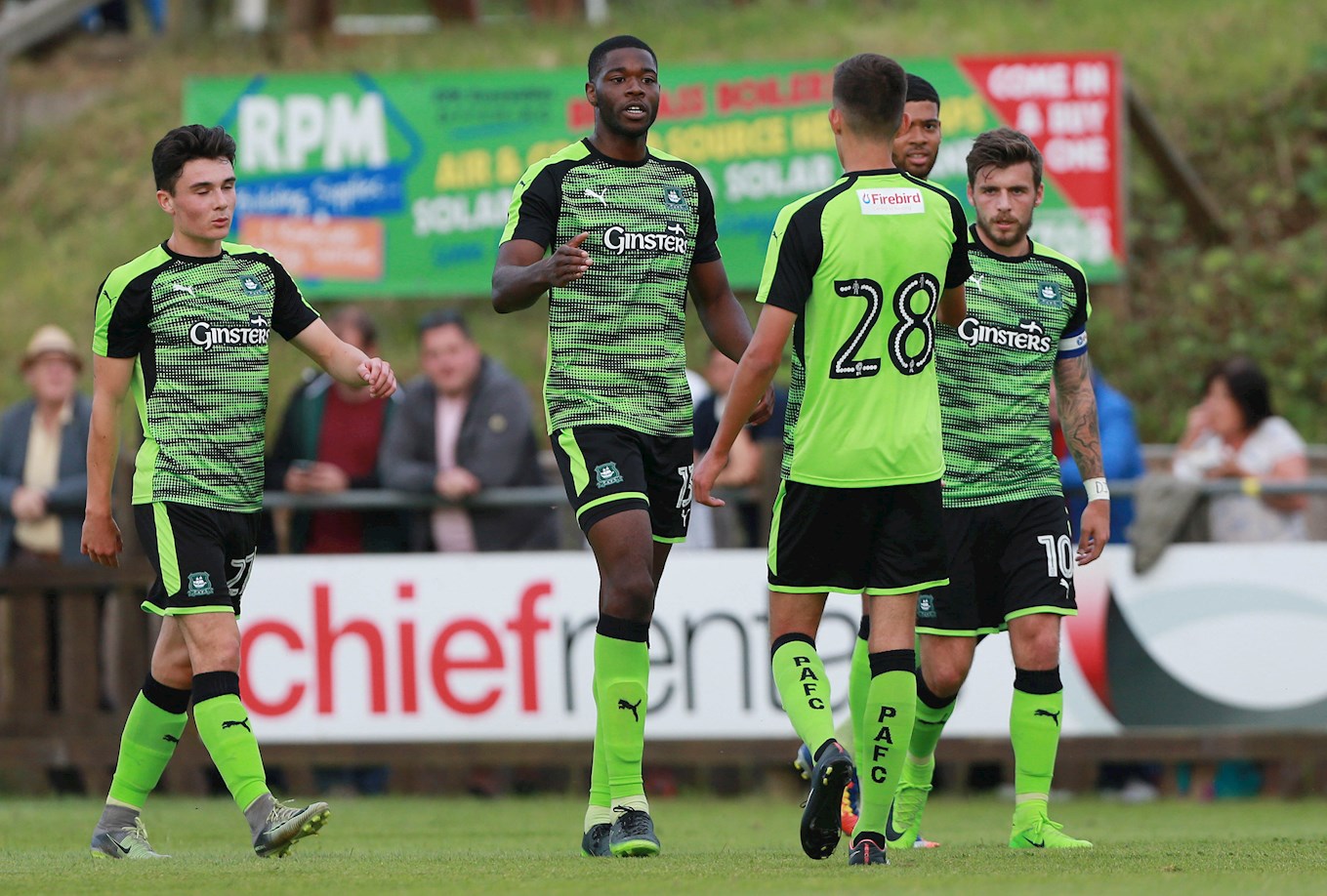 A WINTER signing, a summer capture, and a young man in the springtime of his career earned praise from Argyle manager Derek Adams after the Pilgrims won 5-1 at Buckland Athletic on Wednesday night.

Forward Nathan Blissett, who came to Home Park in the New Year, and midfielder Ruben Lameiras, a close-season arrival, each scored twice in the victory, with Joel Grant also on target.

Nathan’s second was laid on by teenage midfielder Cameron Sangster, still a Home Park apprentice, who has made an unexpected, but eye-catching, contribution to Argyle’s pre-season games.

Derek said: “[Nathan] did well for us last year – he scored a number of important goals for us after coming in January – and he’s taken his goals well, even though he was only on for a half.

“He’s been through the pre-season and trained every day, which is important. He’s done really well. From my point of view, he’s fitted in really well with the group, as have all the new players. It’s good to see.

“[Ruben]’s 22 years of age and he’s got a long career ahead of him. For me, we’ve got a very good player on our hands – a talented individual, he can go both ways.

“We also had the likes of Lionel [Ainsworth] and Joel Grant, when they came on, and we had [Jake] Jervis and [Gregg] Wylde on the wings, as well. It’s a lot of pace and creativity in those areas.”

“They are learning, playing with the first-team players,” said Derek, “and that’s what it’s about in pre-season.

“Jordan and Alex got 90 minutes, which is good for them, and Sangster has come in and performed well for a 17-year-old. I was happy with him, the way that he played; he was just getting a bit tired towards the end.

“He’s had a hard period of time, so we just need to assess him and see where he goes from here but he has done exceptionally well, being in and around the first-team.”

Despite a fourth victory inside five days, Derek was not so much concerned about the result as getting another work-out in the Pilgrims’ build-up to the Sky Bet League One season which continues at National League South Weston-super-Mare on Saturday.

“It makes no difference to me,” he said. “It’s nice for the boys to get goals but, in the end, it was just about getting them more minutes, and that’s what we got.

“We got most of the players a good bit of the game and it was just about getting the legs turned over.

“As we go on, it’s going to get more difficult for us and that’s what we want. [Weston]’s a step up from what we have been playing just now.”