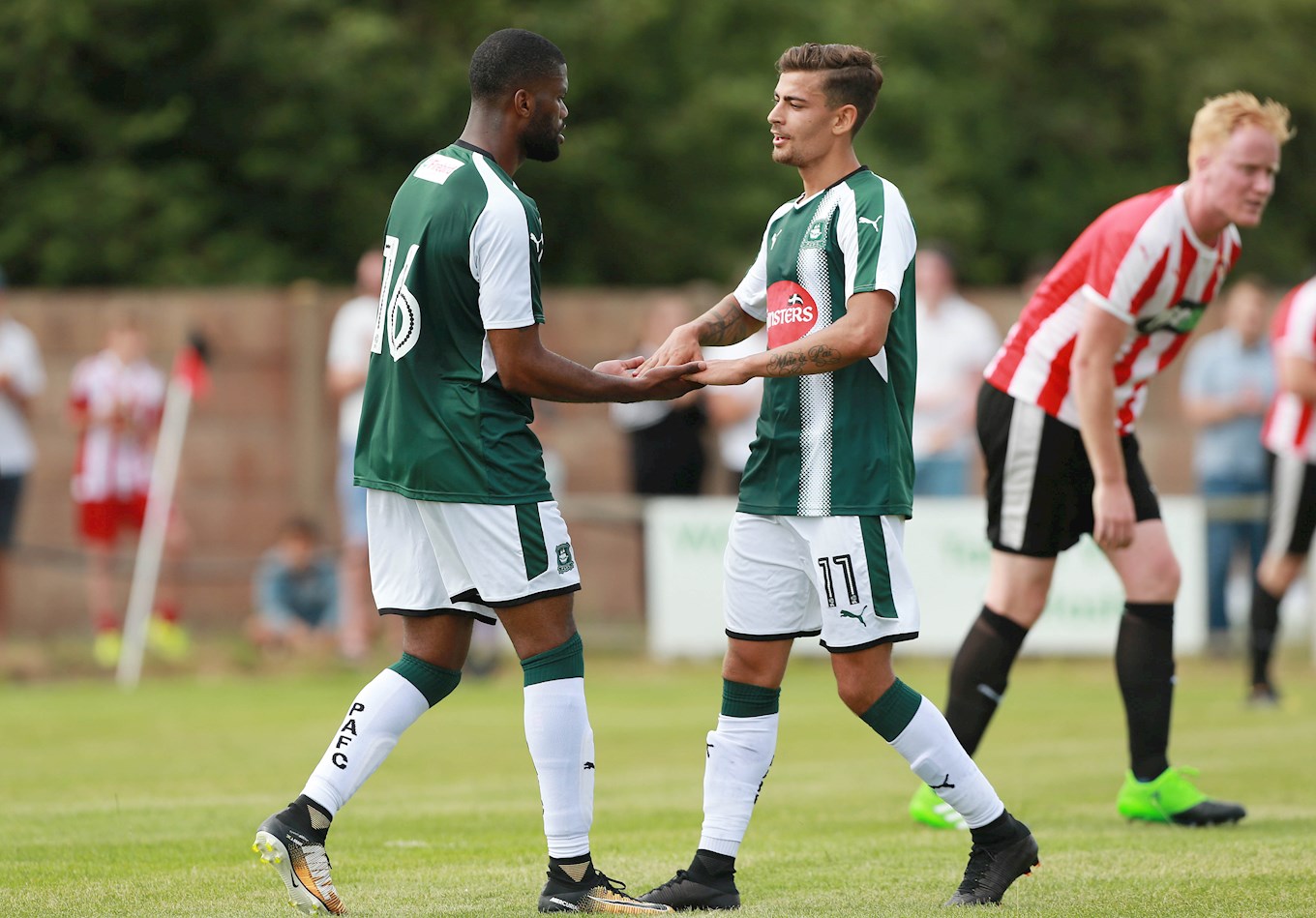 THE Cornish half of the Pilgrims’ double-header proved to be as much of a showcase for team-work topped off by individual talent as had the first match against Plymouth Parkway earlier in the day.

Just as goals by Graham Carey and Gregg Wylde had been the eye-catching moments of a thoroughly professional performance in Devon, so second-half strikes by new boys Ruben Lameiras and Joel Grant rounded off a highly proficient display at Kimberly.

As the other Argyle XI had done earlier at Parkway, the Pilgrims lined up in a 4-2-3-1 shape, with Nathan Blissett the focal point of the attack.

With Jamie Ness and Jakub Sokolik absent from both games, through injury, young striker Alex Fletcher was the only one of the Pilgrims’ first-team squad not to start one or other of the back-to-back matches.

Comparisons between the two displays against similar status opposition are unavoidable but favourable. Argyle again dominated meaningful possession and passed and moved with alacrity that suggests their first ten days of pre-season training has not been wasted.

Lameiras, playing in the hole behind Blissett and between Grant and Jake Jervis, caught the eye with his will-o’-the-wisp willingness and, more surprisingly, his teak toughness.

The best chances of the opening 45 minutes seemed to fall to Jervis, who clearly needed to blow away a few cobwebs before firing a free-kick narrowly wide after the break.

The breakthrough came soon afterwards when Lameiras brought the ball under control, teased his marker then used him as a shield to keep goalkeeper Ryan Rickard unsighted before curling the ball into the corner of the goal.

Fletcher had his chance with 20 minutes to play, and nearly scored with 19 to play before heading over following good work from half-time substitute Harry Hodges.