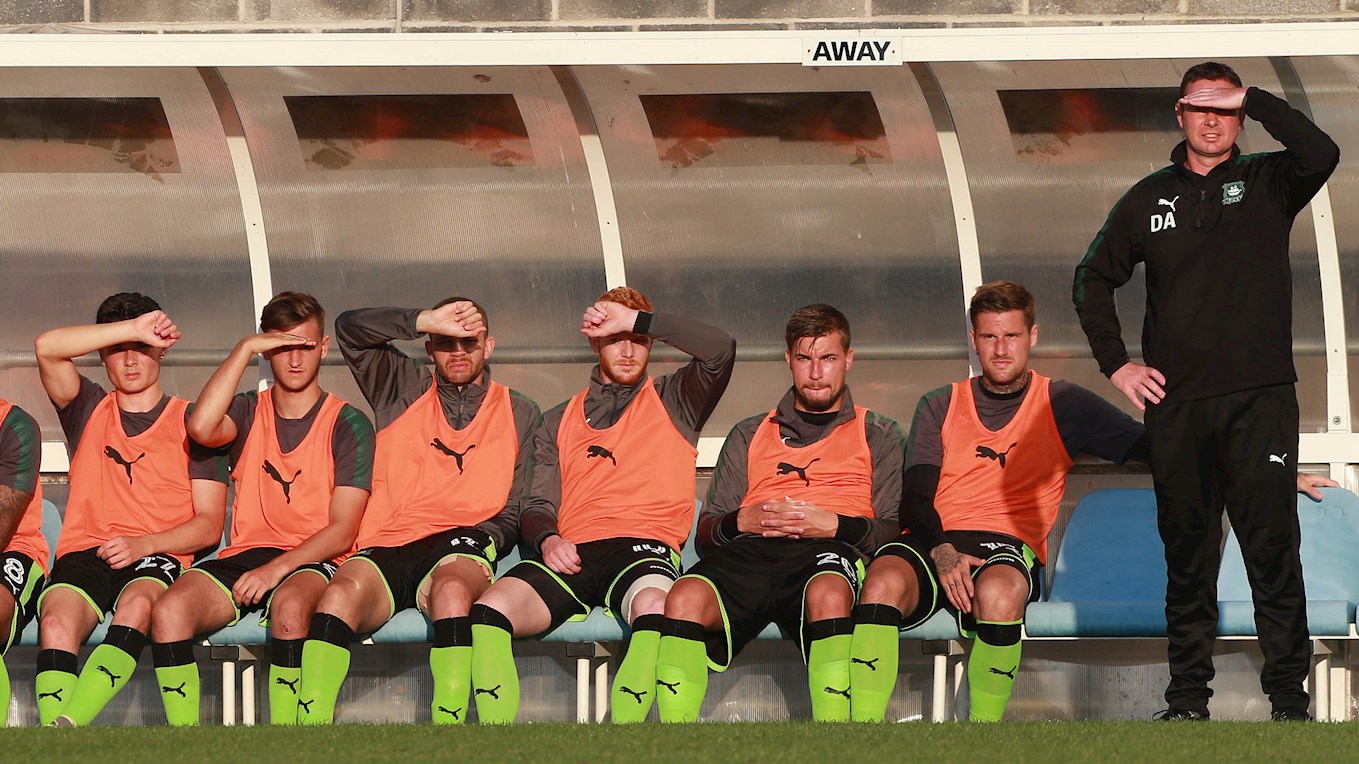 ARGYLE manager Derek Adams was a happy man after Argyle's punishing pre-season schedule saw them give out six of the best at Torquay.

Goals from Graham Carey and Joel Grant at Plainmoor on Tuesday eased the Pilgrims to a sixth win inside 12 days in their hardest test yet against National League opposition.

"It was a good performance from us," said Derek. "We're delighted because we have stepped up the opposition.

"I don't think [goalkeeper] Luke [McCormick] has had any saves to make in the game, which is good. The back four did well [and] the two in front.

"[Torquay)] hit the bar with shots that were well outside the 18-yard box a couple of times - unfortunately for them - but overall it was a good work-out for us.

"We have got a good squad and I'm deligted that a majority have participated in the games."

Nearly 1,800 supporters attended the game - less than 100 fewer than Torquay's league average last season - and Argyle had to overcome stubborn opposition from the Gulls' players and local conditions in an otherwise hospitable environment.

Derek said: "It's a brilliant stadium. I always like coming here. The pitch is always in immaculate condition, so is the stadium itself. It's well equipped and they probably should be in a higher division."

"It's a local derby and [when] we always come here, it's difficult because the pace of the pitch is quick, and the ball is different and it slides across the surface.

"They use a different ball; it's a slicker ball in this division than we use. It has got a bit more gloss on it than the ones we use.

"It's totally different to play with, compared to the one that we use in our league."