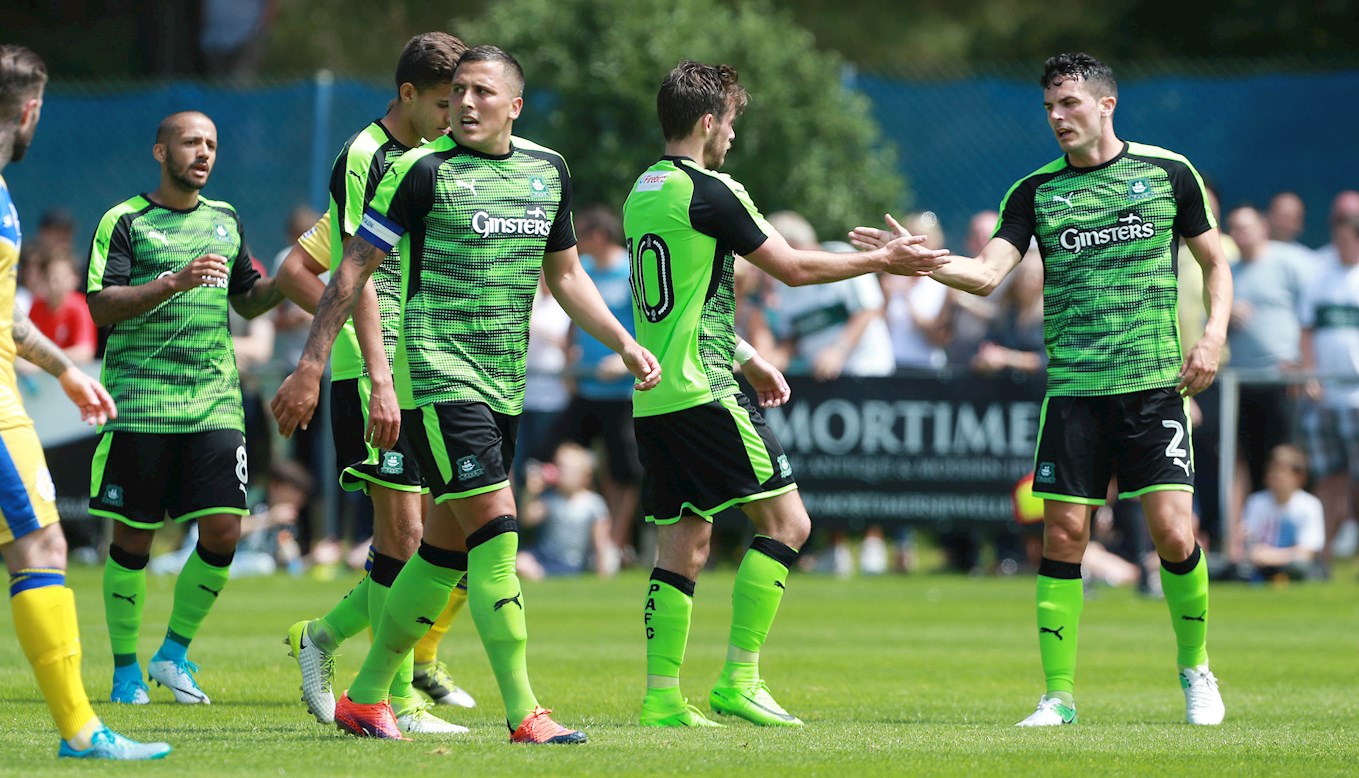 ANTONI Sarcevic became the first player to walk out in an Argyle shirt this season, as he was handed the captain’s armband for the Greens’ 3-1 pre-season victory over Plymouth Parkway.

The midfielder skippered the Pilgrims at Bolitho Park, guiding them through a tricky period where they fell behind and eventually towards a comfortable win, with Graham Carey netting twice and Gregg Wylde sealing the victory late on.

The match was not just a confidence-booster for Antoni himself, being trusted with the Argyle armband. It was also a successful first step towards match fitness for the entire squad, after a tiring week of training that we have come to expect from a Derek Adams outfit.

“It’s nice to get out and just get our legs going,” said Sarcevic. “It’s just pre-season, but a win is a win.

“You don’t take ties like this lightly, because at the end of the day, they’re playing Plymouth Argyle, so they’re always up for it. We had to make sure we were and we got the win.

Commenting on the moment he found out about the captaincy, Antoni said: “It was a big surprise when I walked in the changing room. [It’s] a massive honour and one I’m proud of, even in pre-season, to captain the boys and a club like Plymouth Argyle.”

No longer a new boy in the Argyle changing room, Sarcevic has been pleased with the early signs, both on and off the field, of the club’s summer signings. Playing alongside the likes of Lionel Ainsworth and Aaron Taylor-Sinclair on Saturday, Antoni expects the incomings to help the Pilgrims towards a prosperous return to English football’s third tier.

“We’ve been back a week now and it’s been a really tough, gruelling week. The lads were feeling it, but there’s nothing compared to match fitness. A good 90 minutes is what we all needed.”