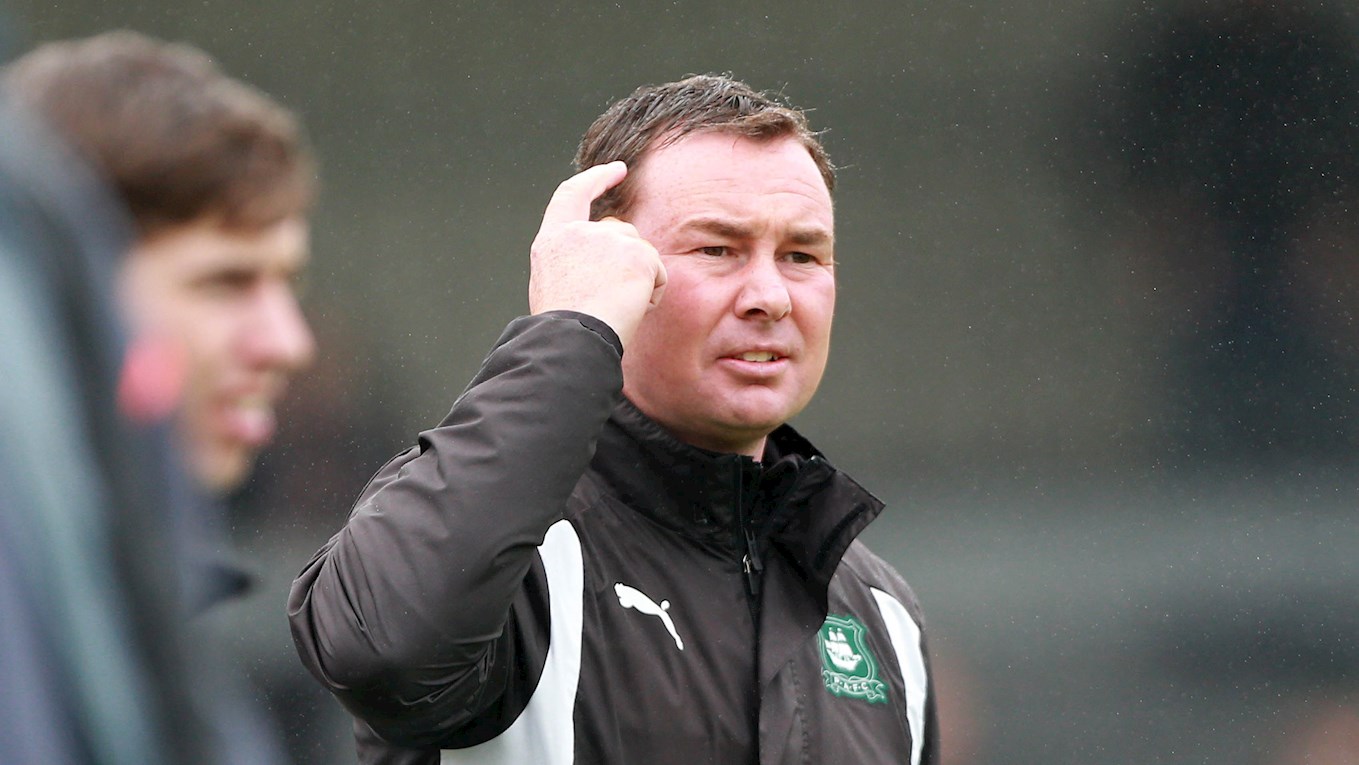 Spring in Their Step

ARGYLE manager Derek Adams was delighted with his side’s latest pre-season victory, a 4-0 triumph at National League Weston-super-Mare on Saturday.

“I thought it was an excellent performance for us today,” said Derek afterwards. “We maybe should have scored a few more goals but it’s about upping the level and we did that.

“We have got a lot of good attacking players. That came, not only from the midfield, it came from the full-backs, as well, and defenders coming out with the ball. Overall, we were happy to control the game and do as well as we have.

“The better opposition you play, you have got to be careful how far your full-backs go forward. You saw that with Weston – their full-backs went too high and allowed us to nick the ball and play through them.

“I’m delighted. We have got a lot of good competition for places; I think that is going to be important as the season comes to a start.”

The Pilgrims have three pre-season games this week – at National League Torquay United on Tuesday and against a Devon FA Select XI at Coach Road the following night, and at home to Championship side Cardiff City on Friday – before heading to Holland for a week’s training camp.

They had been scheduled to play two more games in the Netherlands. However, the Mayor of Emmen has decreed that the fixture against FC Emmen cannot proceed as scheduled at the club’s ground on Tuesday, July 25.

“We are working hard at solutions to the problem,” said Derek. “We’ll wait and see if something comes of it.

“We’re hopeful we can continue to play FC Emmen. This fixture has been on for many months now and it would have been better if we’d have been told about this sooner.”