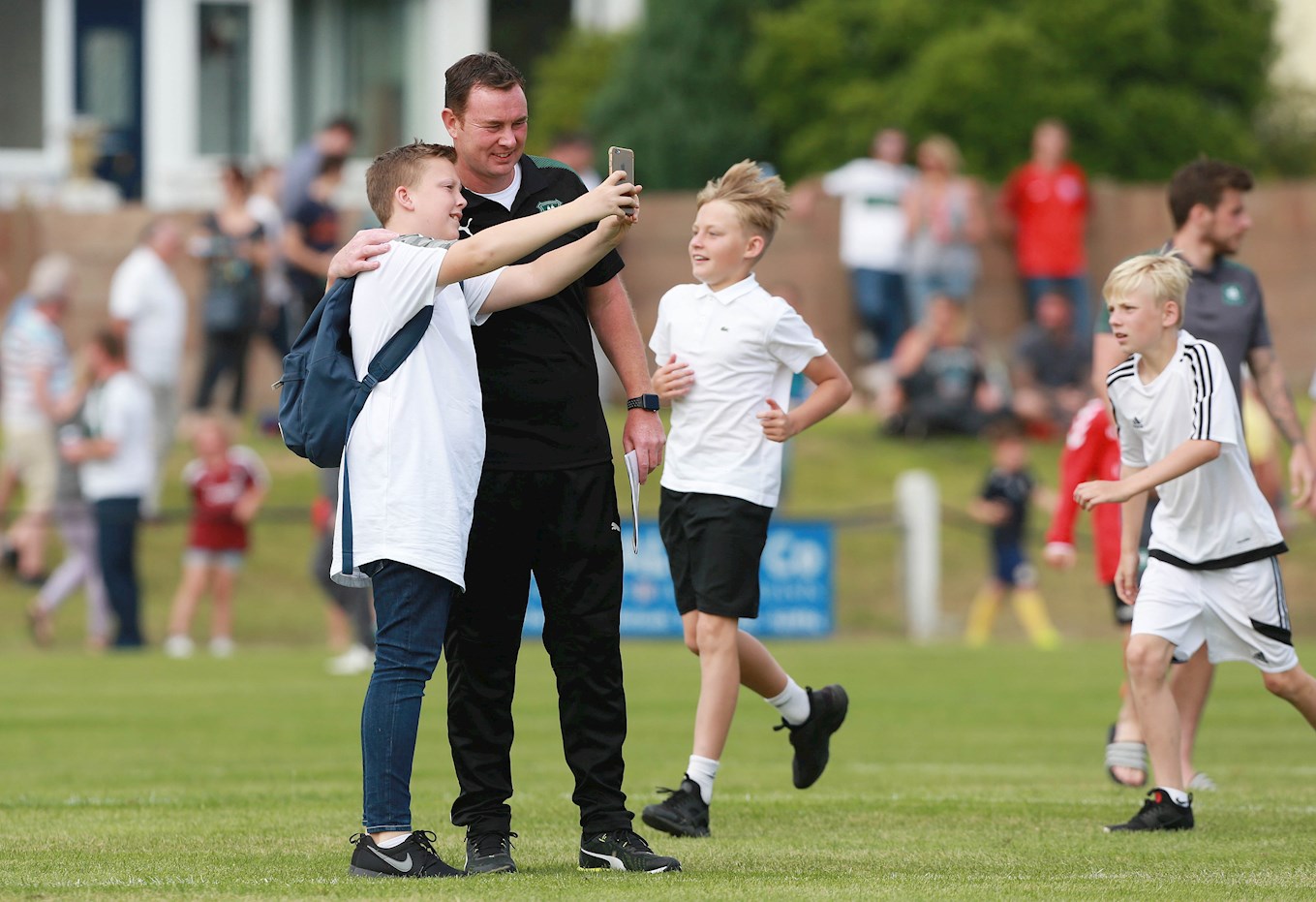 DEREK Adams believes that Argyle’s double-header pre-season opener provided the perfect start to the build-up to the Pilgrims’ 2017-18 Sky Bet League One campaign.

One Argyle side won 3-1 at Plymouth Parkway early on Saturday afternoon in a game that ended 45 minutes before an entirely different 11 contested a second match at Parkway’s fellow Carlsberg South West Peninsula Leaguers Saltash United and beat them 2-0.

Two goals from Graham Carey and a third from Gregg Wylde gave the Pilgrims victory in Devon, while Ruben Lameiras and Joel Grant secured the win on the other side of the Tamar.

Thousands of spectators watched the two matches and enjoyed a festival atmosphere at both grounds in the summer sunshine.

Derek said: “We’re only back just over a week into pre-season and the quicker we can get going, the better it is going to be for us; today, we’ve got a majority of them 90 minutes so we’re already ahead of the game now.

“We have done a lot of good work for Saltash and Plymouth Parkway, and it’s been a beautiful hot day.

“It’s very important that we remember where we come from. We’ve had a busy day getting about and we’ve seen a lot of supporters today, and helped two clubs that are looking to progress.

“The first game of the season is always difficult because of the temperatures but, from my point of view, I was delighted with the way it went.”

The players carried on good work which Derek has already noticed in training. The plan is to hone that on Harper’s Park training-ground and during a raft of matches before the visit to Home Park of Championship side Cardiff City on July 21.

Derek said: “They are looking good and have combined well with each other, which is the main aspect to start with; then, it’s about bedding into the squad and getting to know each other on the field.

“They have shown, today, that they have got very good ability. At this early stage, it is just about getting a touch of the ball, getting back into action. As we get closer to the time, we’ll try to bed things down and that will probably be round about the Cardiff game.”

There may be a couple of additions to the squad by then, although neither will be a goalkeeper to supplement Luke McCormick and Robbert te Loeke.

"We’ll have two goalkeepers," said Derek. "Michael Cooper will be the third-choice."

Michael is an apprentice, like midfielder Cameron Sangster, who played the full 90 minutes at Parkway – evidence that Derek is prepared to let youth have its head.

“[Cameron]’s done really well in the training we have had so I had no qualms about putting him into the first team today,” said the gaffer. “He’s very good on the ball; he’s only a youngster but very composed.

“There are players who are ahead of him age-wise and experience-wise, but he’s showing good attributes to do well.”