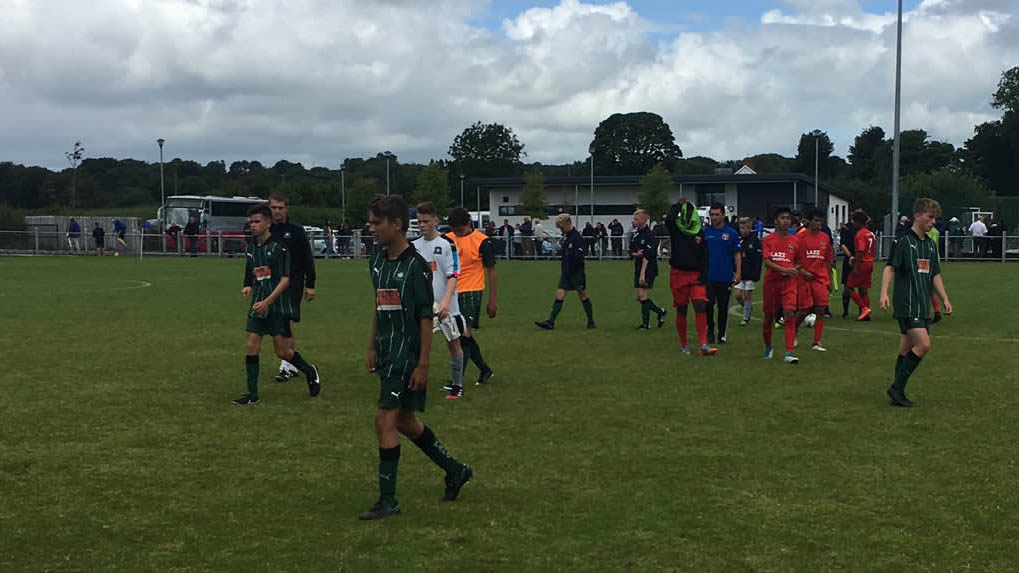 NARROW defeat to American opponents at Clough, Ballymena, saw the most disappointing of the young Pilgrims performances in this season's SuperCupNI.

Argyle rarely looked capable of scoring after going a goal behind after just five minutes and Argyle Head of Coaching Kevin Nancekivell said: "It's always disappointing to lose, especially after starting so well and creating a few chances from set-plays.

"We were dictating play when we went behind against the run of play and that changed the course of the game."

Argyle made four changes from the previous day's starting line-up, with the most significant being the loss of striker Dominic Osborne who had looked their best forward option until picking up a nasty injury against Mexican side Chivas.

Sam Wickens and Kieran Rowe had both gone close before NC made the most of bad marking for Ian Holdaway to fire home, low into the corner, from the edge of the area.

It could have been worse for the youngsters but Alfie Wotton recovered to head David Molina's shot off the line after he had been caught in possesion.

Argyle finally put pressure on the NC defence, just before the interval, as they forced three consecutive corners. From the second, Tanner Barry somehow scooped Sam Wickens header over his own crossbar.

The second half was played mainly in midfield, although Argyle did fashion two chances when Rowe cut inside to unleash a drive that Trace Alphin did well to turn wide and Reuben Collum's left-wing cross was headed back across goal by Oliver Tomlinson, sadly wide of the far post as well.