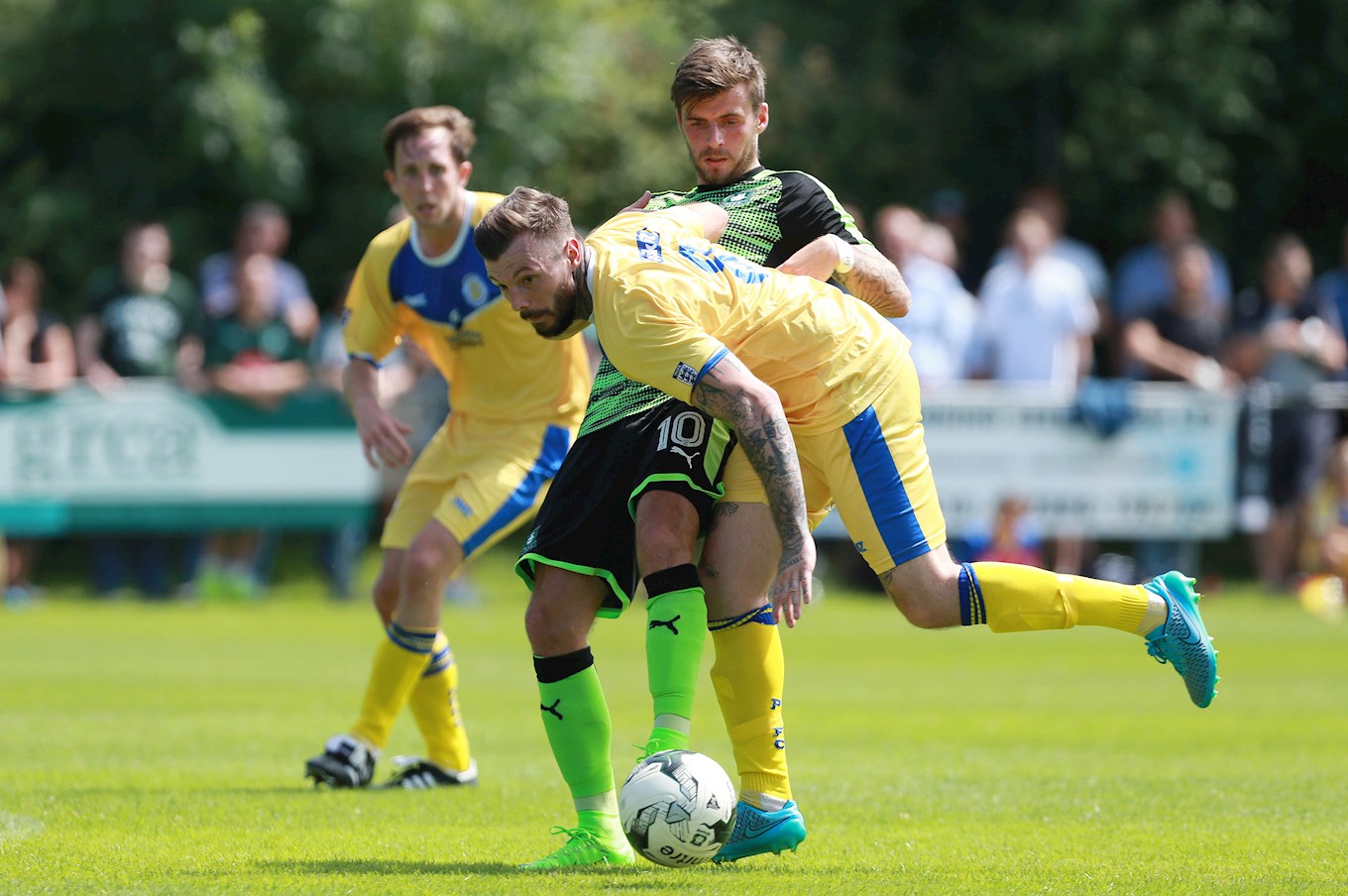 GRAHAM Carey celebrated signing a new Argyle deal by netting twice in Argyle’s opening pre-season game against Plymouth Parkway – despite being slightly behind his teammates for fitness.

Carey was quick to reaffirm his position as a key cog in the Argyle wheel, turning around an early deficit to ensure the Pilgrims’ pre-season schedule kicked off with a win. After a corner headed by Aaron Bentley, then flicked in Mikey Williams, gave Parkway the lead, Carey levelled things up from the edge of the area before half time.

The Irishman’s cross after the break looped over everyone and into the far corner to make it 2-1, before Gregg Wylde put the result beyond doubt late on. Carey was off the field before the Scot’s strike, working his way back full fitness after spending some time away with his new-born daughter.

“It was tough – it was hot. The weather didn’t really suit us,” said Graham. “We were getting tired quite quickly with the heat and the pitch was a bit sticky.

“I found it quite tough. I trained the first few days but then I was away. I did a bit of fitness work up there but it’s still not the same as training. I was blowing a bit second half! I’ll catch up and I’ll do some extra sessions to do that.”

“Parkway played really well. There were some nice phases from them. Give them credit: they deserved their 1-0 lead. We had a bit of quality to score goals.”

“As a team, we played alright. There’s obviously improvement there [to be made]. Conceding from a set piece: we don’t really like doing that, especially with the height we have in the team. We pride ourselves on set pieces, attacking and defensively.”

Unusually for an opening pre-season game, Carey’s substitution was the only one of the game, making way youngster Luke Jephcott. Similarly, Alex Fletcher was the sole sub used in second game of the day against Saltash United. With the focus on fitness over the next four weeks, Graham and the Greens are on track to be match ready come August 5.