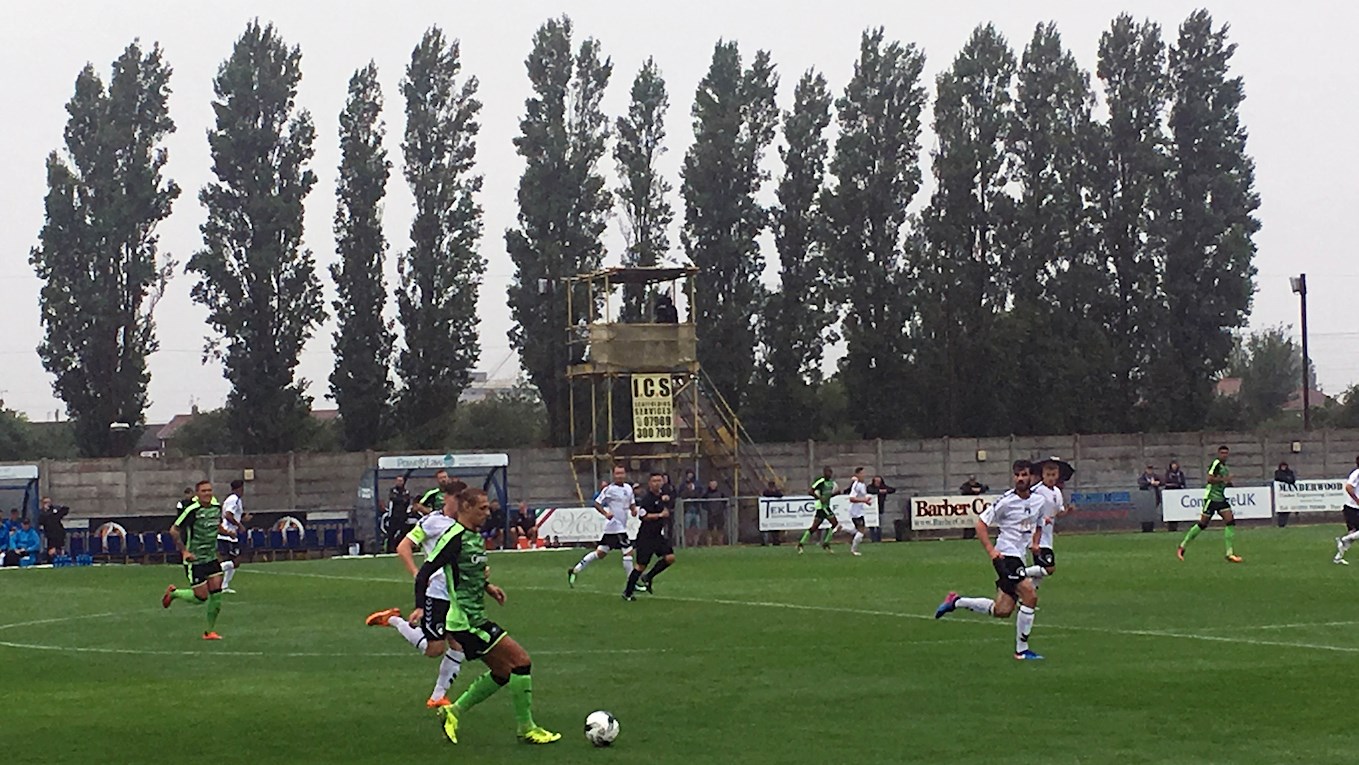 ARGYLE ratcheted up their pre-season preparations a couple of notches with Saturday’s trip to National League South opponents and pleasingly raised their performance accordingly.

Jake Jervis netted twice in the opening 45 minutes at the Woodspring Stadium after Ruben Lameiras had opened the scoring during a half in which the Pilgrims also hit the woodwork twice.

Although we had to wait until late in the second half for a fourth – by substitute Gary Miller  – Argyle manager Derek Adams will probably view the display as a touch more than just a useful work-out that give his squad valuable game-time: to the bare bones victory, a fifth from five matches inside eight days, was added the meat of some noticeable increase in sharpness and desire.

Adams had shuffled his playing pack again, with only two outfield players – David Fox and Jake Jervis – keeping their place from the team that had started the Pilgrims’ previous game, at Buckland Athletic, four days earlier.

Jervis was bumped from the right side to central attack, with Lionel Ainsworth and Joel Grant charged with providing ammunition from the flanks, and Ruben Lameiras sitting in the hole. Fox and Antoni Sarcveic filled the deeper midfield roles.

The Pilgrims made up for time lost on an M5 congested because of an accident that delayed kick-off by 15 minutes by scoring twice in the opening quarter.

First, Lameiras was on the end of a familiar Argyle move. Threlkeld made good ground down the right flank and crossed to Jervis, coming in at the far post. His header was cushioned and directed perfectly for Lameiras to fire home.

Nine minutes later, Jervis was the recipient of an equally good supply when Edwards teased the ball through the Weston back line to find his team-mate’s run. Jervis finished low and had past goalkeeper Luke Parnell.

Jervis hit the crossbar before half-time and it was a measure of Argyle’s dominance that Sawyer nearly weighed in with one of his rare, but eye-catching, goals, normally reserved for pre-season (think Forest Green two years ago). His effort, too, rattled the frame of the goal.

Neither the defence nor the woodwork could resist much longer, though, and Jervis had his second before half-time, tucking the ball in after more of Threlkeld’s industry and delivery from the right.

Weston’s half-time team-talk presumably revolved around attack being the best form of defence because they adopted a much more forward-looking approach after the interval.

Argyle made use of the space this afforded them and Grant nearly headed a fourth before he, Ainsworth and Fox made way for Gary Miller, Gregg Wylde and Graham Carey, who was not long in trying his luck from long range and then tricksing his way into position to set up Lameiras for a blocked shot.

Carey began the move, from deep, which saw Sarcevic denied from claiming Pilgrims’ fourth only by a splendid stop by Parnell of his blistering drive. The goalkeeper then came to Weston’s rescue from the corner when he parried Nathan Blissett’s powerful header.

Miller completed the scoring after helping a short corner into the box, and there was still time for fellow substitute Alex Fletcher to hit the post with a low drive.