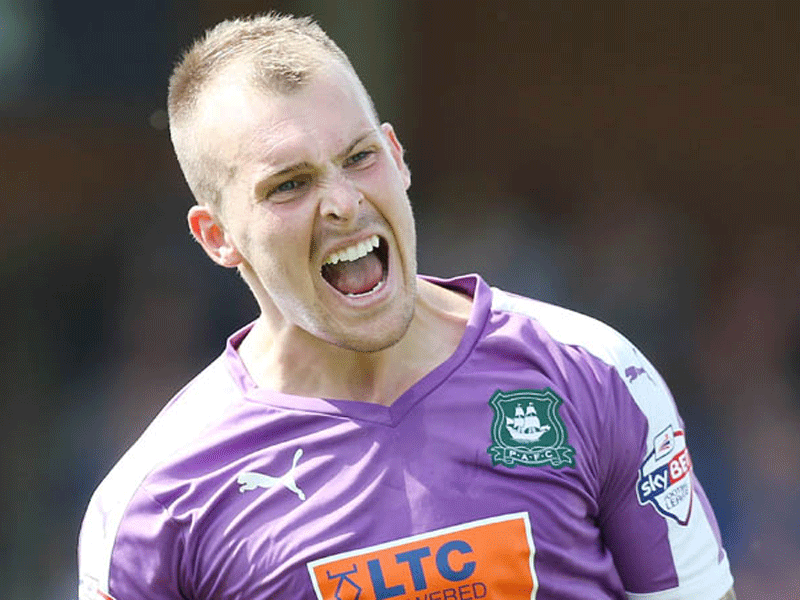 Call of the Wylde

ON the pitch and off it, Gregg Wylde does not hang about.

So it is no surprise that, when Argyle manager Derek Adams asked the Scottish winger if he would like to return to Home Park, the response was not long in coming.

Less than a year after Gregg left Argyle, following a season in which he played in Sky Bet League One with Millwall and Northampton Town, he is happy to once again be a Pilgrim.

“It feels like I haven’t been away,” he said. “It’s great to be back. Sometimes in life, you realise that you miss something that you need to go back to.

“It was a good experience for me to be away in London but Derek Adams gave me a ’phone call a couple of weeks ago, spoke to me quite a few times, and it was a no-brainer for me.

“I did have a few offers to go elsewhere, but Derek obviously has a bit of faith in me – some managers will take you back for a second time and when Derek ’phoned, my mind was made up.

“I missed last season, when we won promotion, and that’s probably the season you want to be involved in – when you’re playing at Millwall and Northampton and you’re watching boys here enjoying themselves, you want to be a part of it.

“I missed the place, away from the ground. The place itself is really nice; my family love it. So I couldn’t turn it down.”

Gregg will be able to bring his experience of League One to bear when he adds to the 51 appearances he made in the 2015-16 season.

He said: “There’s not a massive gulf between League One and League Two. There are tough games but I think we’ll be alright next year.”

He is another Pilgrims whose career path has crossed with that of new Argyle signing Jamie Ness, with who he won a Scottish Premier League title in 2012.

“I came through the youths at Rangers with him,” he said. “Both of us made our debut on the same day and we played together for a long time. Then he went to Stoke and I went to Bolton.”