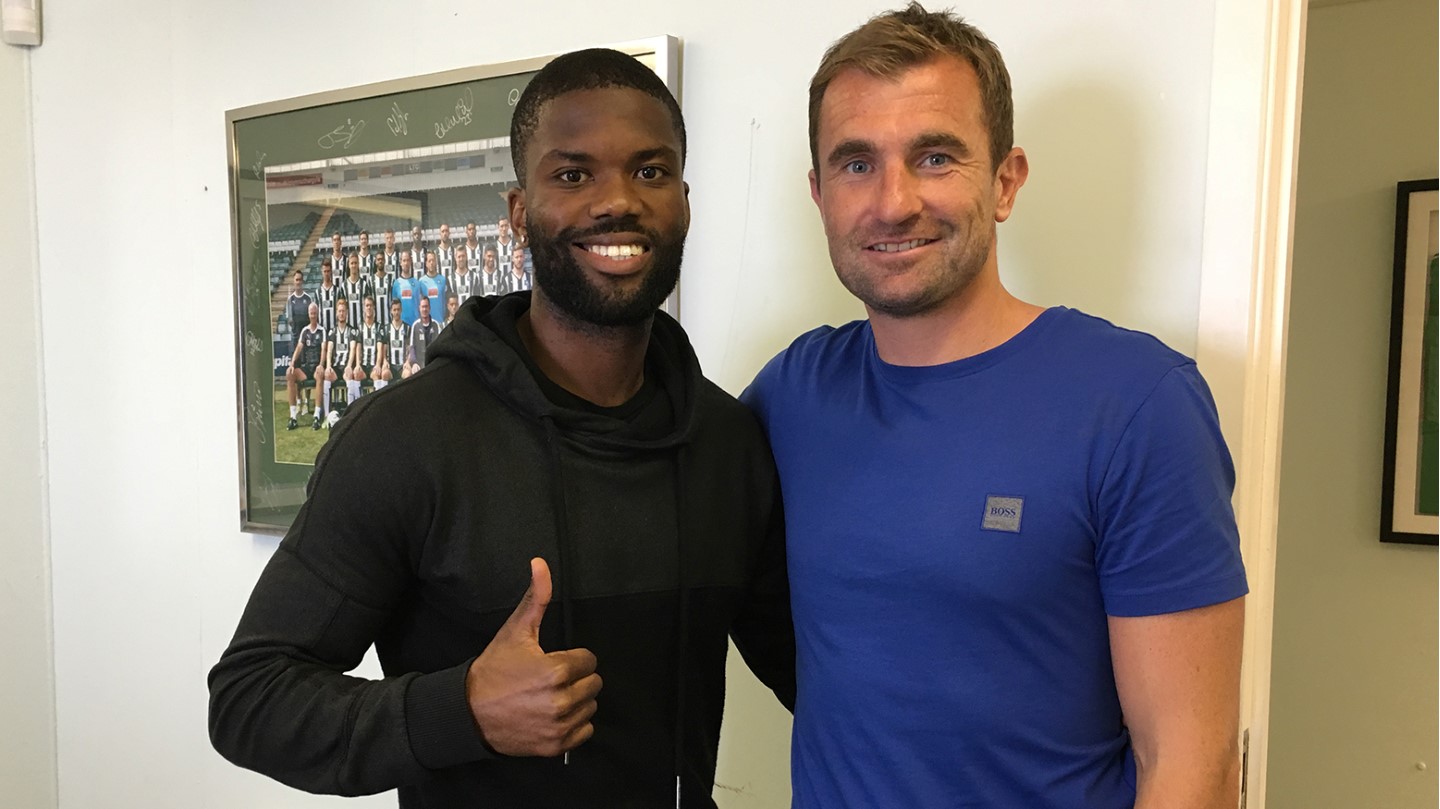 The 29-year-old Jamaican international attacker has journeyed down the Devon Expressway and up a division to sign for Pilgrims' manager Derek Adams from Exeter City.

Joel made 28 appearances for the Grecians last season, with his last start coming in the Sky Bet League Two Play-Off Final defeat by Blackpool at Wembley. He began for City in the Pilgrims’ 2-0 league victory over Exeter at St James' Park during the 2016-17 campaign, but was absent in the Home Park return which Argyle won 3-0.

London-born, he has won 14 caps for the Jamaican national side, scoring twice, with the latest of his appearances coming in May 2016 when he scored the winner in a 2-1 victory over Chile in Vina del Mar.

Joel came through the youth set-up at Watford in 2005 and made his debut for the Championship side whilst still a 17-year-old.

After another nine matches for the Hornets, he went on loan to National Conference side Aldershot Town, making the move permanent at the beginning of the 2007-08 campaign after he failed to break into Watford’s Premier League side.

His form saw him picked up for a six-figure sum by League One Crewe Alexandra, for who he scored 18 goals in 85 starts before moving on to fellow League One side Wycombe Wanderers in 2011. After 16 goals in 68 starts, he joined Yeovil Town, then newly promoted to the Championship.

After two years at Huish Park, during which Yeovil dropped back down into League Two, he was released by manager Paul Sturrock and signed for Exeter City, where a sizeable portion of his salary was paid by a group of supporters.

Joel heads to Home Park having scored nine goals in 59 games as a Grecian, the last of which saw him miss out on a promotion to League One that he has now belatedly secured.