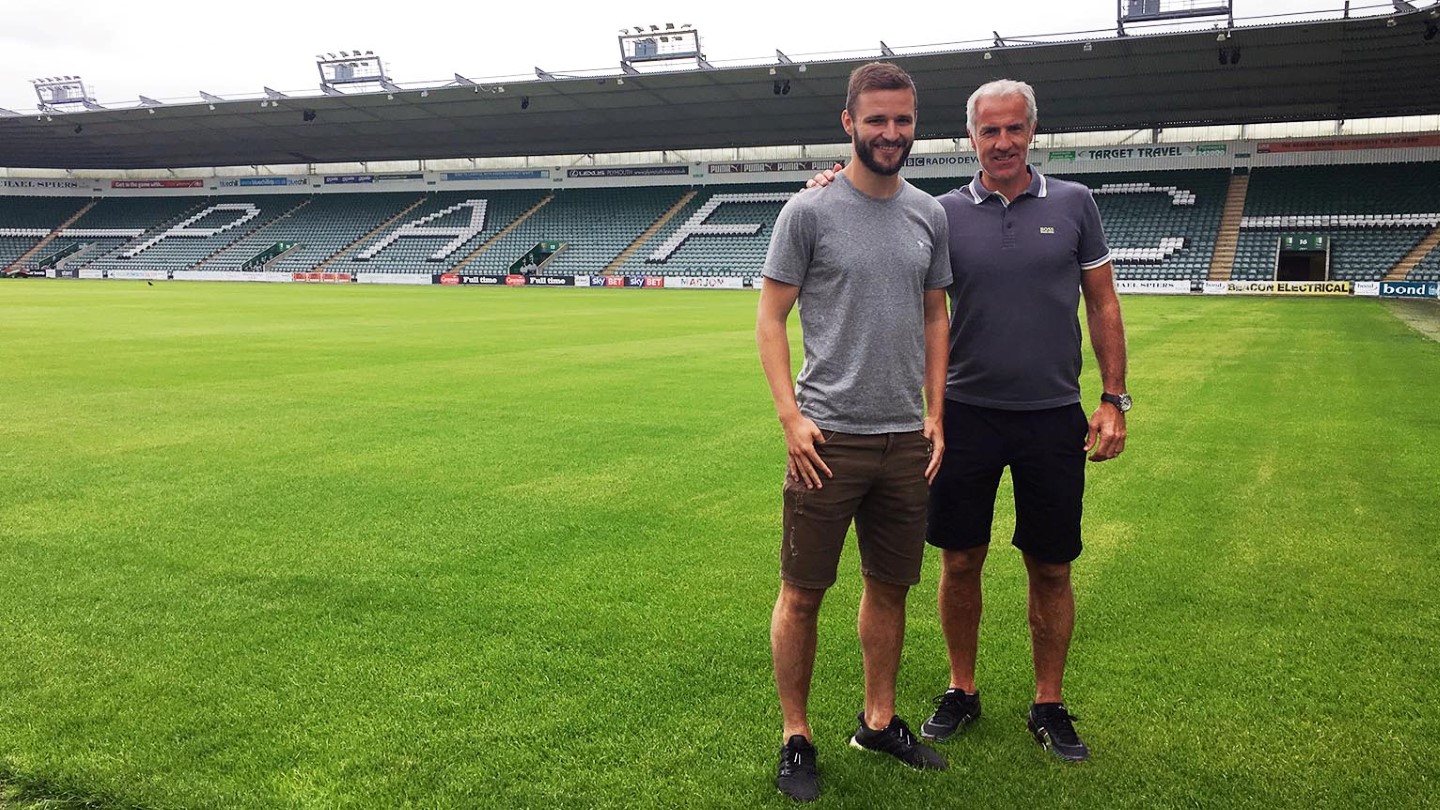 TEN years after being given his football break by one of the Adams family, Jamie Ness has now joined forces with another member of the clan.

The Scottish Under-21 midfielder this week became Argyle manager Derek Adams’ fourth summer signing for the Pilgrims after departing Scunthorpe United at the end of last season.

Ayrshire-born Jamie began his career at Rangers, where Derek’s father George paved the way for a professional career in which he now crosses paths with the Argyle manager for the first time.

“I didn’t know Derek,” said Jamie, “but I knew his dad – he was the one that brought me to Rangers when I was a kid. So I’ve got a kind of connection to the family. I met with the manager a few weeks ago; everything sounds really positive and exciting, so it was an easy decision to come here.

“It is a fantastic opportunity to come to a club that’s on the up – the promotion last season; looking to build on that momentum and to have a good season in League One next year. So it’s a very exciting time.”

After making 18 appearances for the Glaswegian giants, and winning the Scottish Premier League in 2010-11, Jamie moved to Stoke City in 2012 but did not make a single league appearance for the Potters after picking up an injury on his debut in an EFL Cup tie against Swindon.

He subsequently played for League One sides Leyton Orient and Crewe Alexandra on loan before moving to a third, Scunthorpe, permanently, so knows his way around the division in which Argyle find themselves for the first time in seven seasons.

“It’s competitive,” he said, “and I think this year will be one of the most competitive League Ones. With the big clubs coming up and the likes of Blackburn, Rotherham and Wigan coming down, it’s going to be a very competitive season – which I’m looking forward to.

“I’ve been in the play offs twice now, with Scunthorpe and Leyton Orient, and stayed in the league with Crewe – which was probably as big of an achievement with the club at that time. So I’ve got good experience and hopefully I will be able to bring that to the club.”

So what can Argyle fans expect from their newest Pilgrim?

“I like to get on the ball and pass the ball,” he said. “I need to try and score a few more goals than I did at Scunthorpe. I was kind of stuck at the bottom of the [midfield] diamond, so I had the reins on a little bit, but I’m looking forward to trying to get some assists, some goals and play some good football.

“I’m delighted to be here now and looking forward to being part of a special season.”