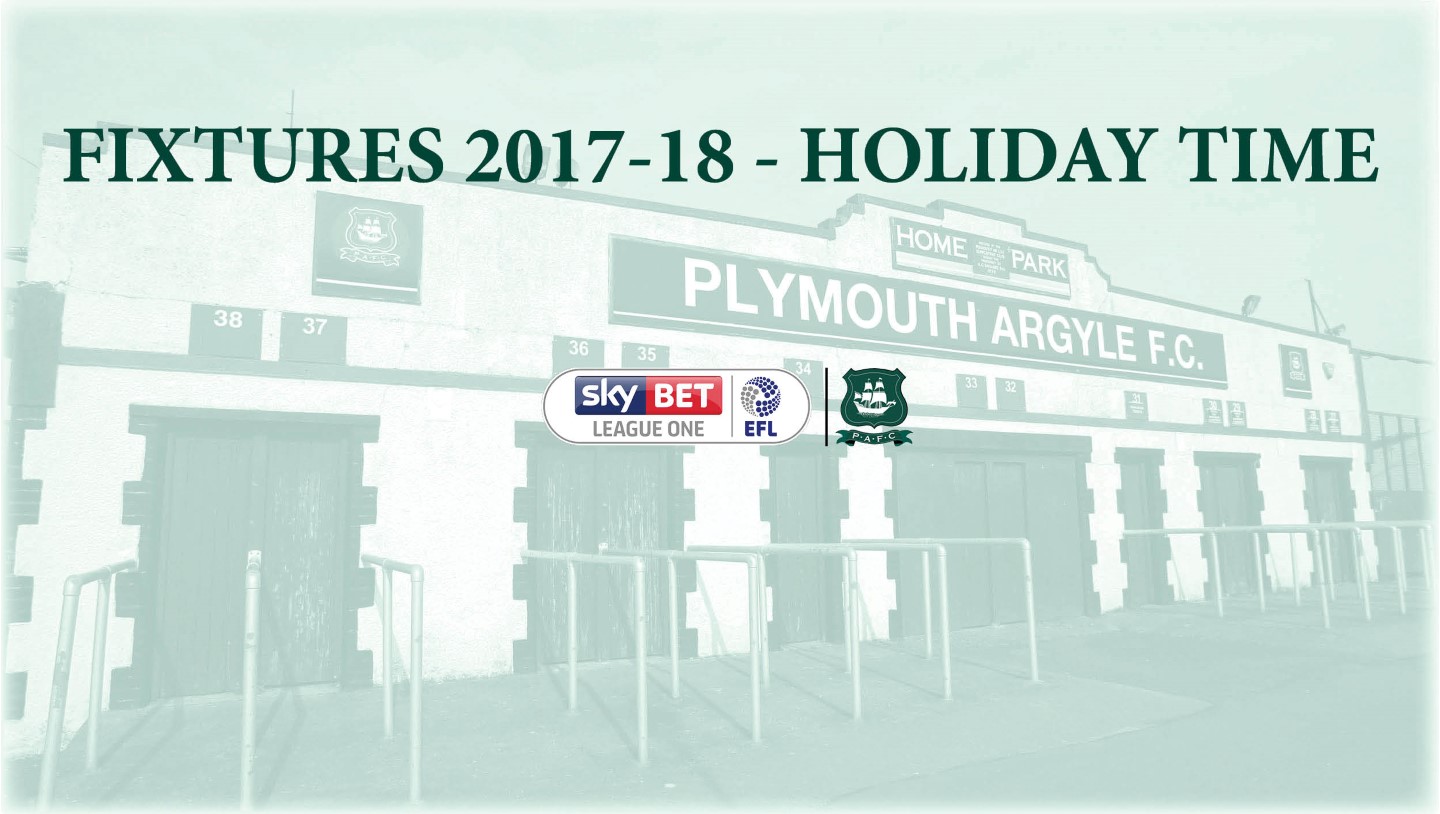 THE traditional Boxing Day fixture for Argyle in the 2017-178 Sky Bet League Two will see them travel to Milton Keynes.

Following the Boxing Day game, the usual quick turn-around will see the Greens travel to Blackpool – their third-longest journey of the campaign – on Saturday, December 30.

The Pilgrims’ first away match of 20187 is at Doncaster Rovers on Saturday, January 13.

Easter sees a possible Good Friday game at home to Southend United on March 30, followed by a an a trip to Scunthorpe United on Easter Monday, April 2.

The Greens currently have sss midweek games slated for both home and away this season, beginning with the visit of Blackpool to Home Park on Tuesday, September 12. Derek Adams and his side will also play evening games at Theatre of Greens against Northampton Town on November 21 and AFC Wimbledon on February 13.

Away from home, Argyle play under lights at Wigan Athletic, on Tuesday, September 23, and Blackburn Rovers, on Tuesday, October 17.