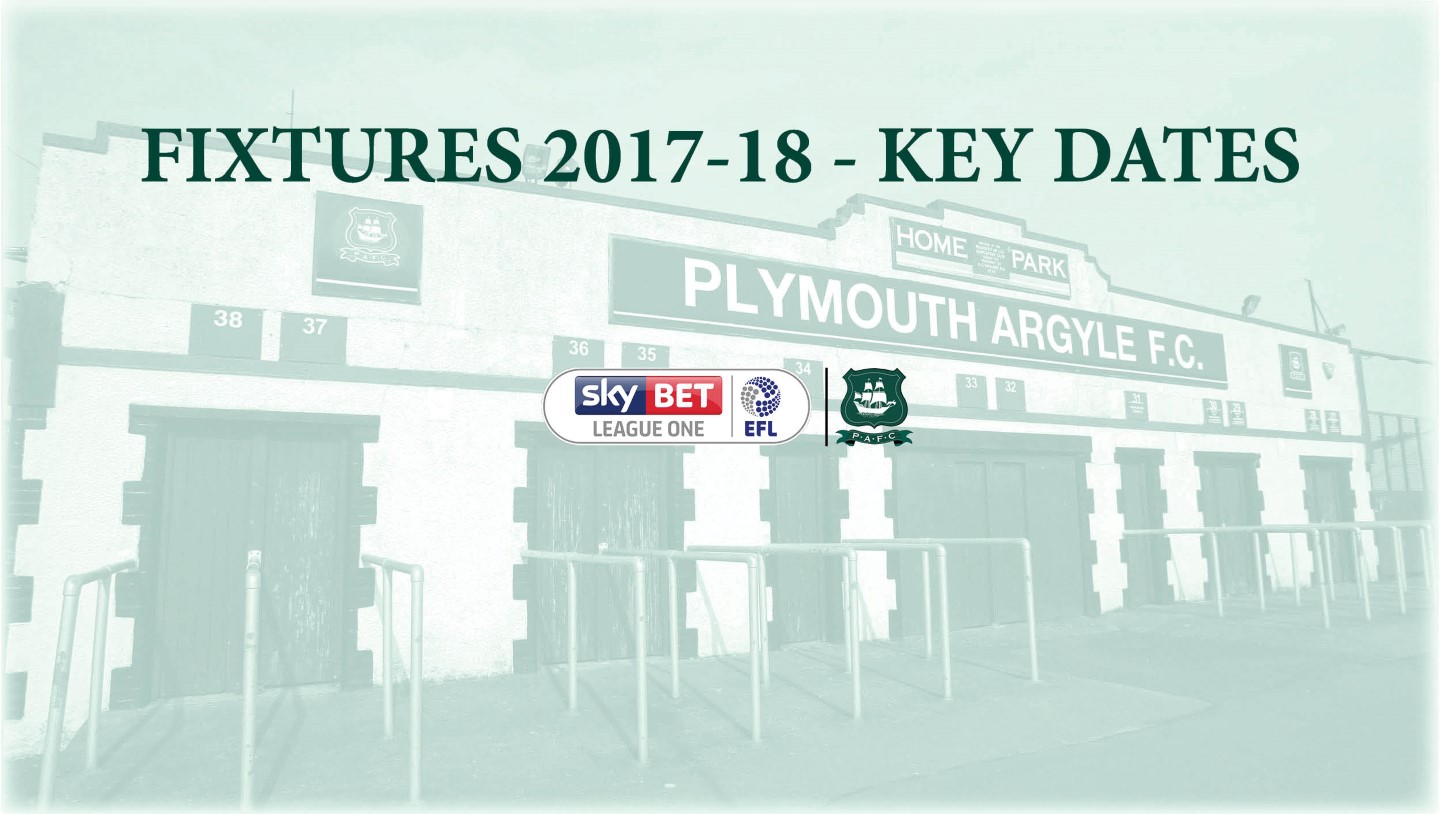 Saturday, August 5
The Pilgrims’ first game back in Sky Bet League One – away to Peterbrough United, where the last Pilgrim to score was former manager Carl Fletcher, back in 2011.

Saturday, August 12
The first home game of the new season, against Charlton Athletic. Last time we played them, our goals were scored by Bradley Wright-Phillips and Yala Bolasie – £30m in today’s market.

Tuesday, September 12
The first midweek game of the campaign – coincidentally against the same opponents who were the last Home Park visitors in 2016-17, Blackpool (aka Argyle Old Boys).

Saturday, September 30
Away to Bristol Rovers for our 136th meeting with the Gas. They nicked Goodnight Irene off us, you know.

Saturday, November 4
The first round of the Emirates FA Cup. Last season, we went to Mansfield, which is about as close to Anfield that most of us thought we would ever get. It could not happen again? Could it?

Monday, December 26
An early Holiday start for Christmas Pilgrims, who go travelling to the east to follow their stars.

Monday, January 1
What better way to blow away the hangover with a pasty, hair-of-the-dog and watching Walsall at Home Park? (It is a rhetorical question).

Saturday, January 20
Wigan Athletic at home. Possibly the biggest fixture of the season – a Premiership side up until 2013.

Saturday, February 3
Blackburn Rovers at home. Possibly the biggest fixture of the season – a Premiership side up until 2012.

Friday, March 30
Southend United at home. This is still actually slated for Saturday, March 31, but Good Friday fixtures have become popular, especially when you have to travel to the other end of the country for...

Saturday, April 14
Portsmouth at home. Why do we always play Portsmouth in the run-in?

Saturday, May 5
The last day. Gillingham. 5.30pm kick-off. That will work.

Saturday, May 12 and Wednesday, May 16
Play-off Semi-finals