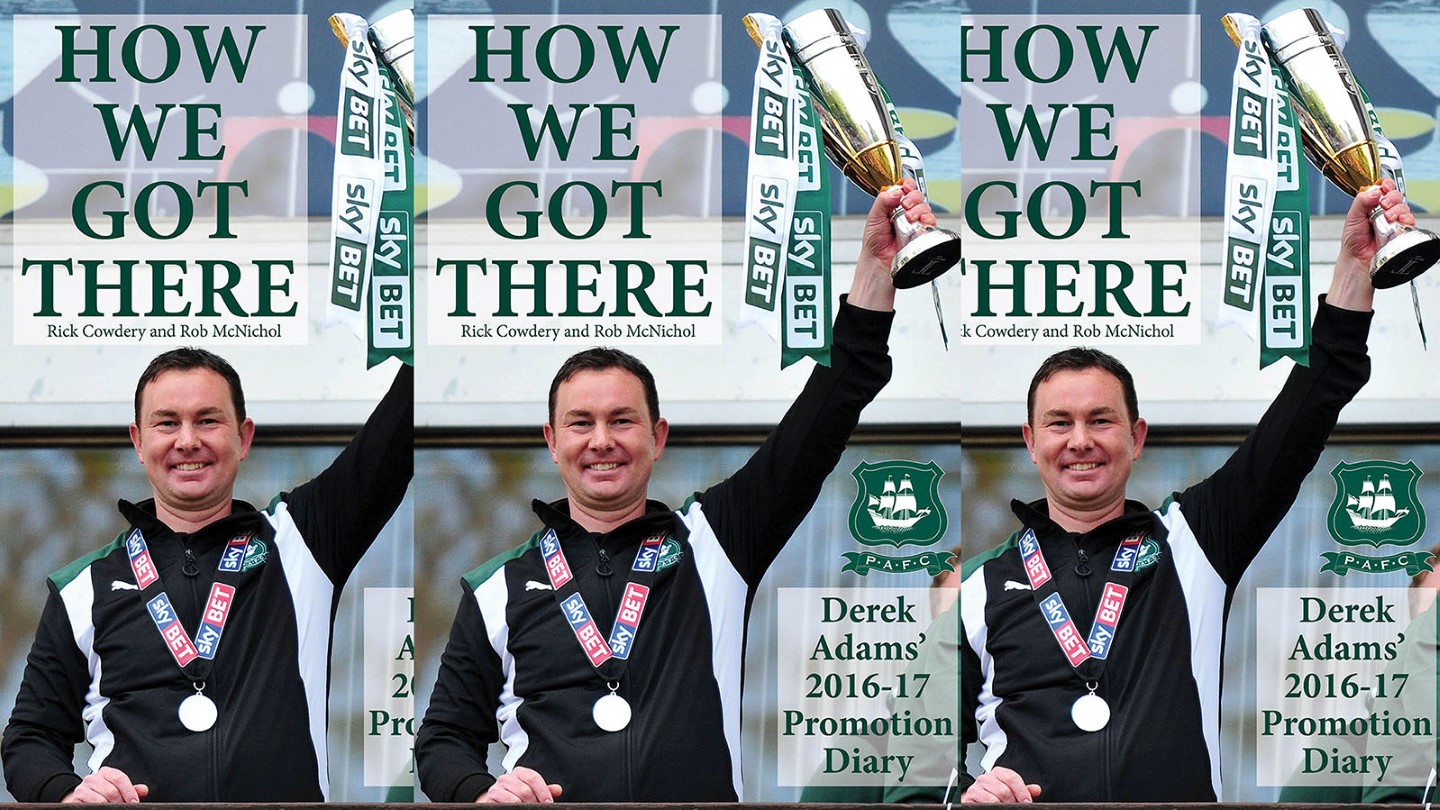 How We Got There

AVAILABLE NOW: HOW WE GOT THERE – Derek Adams’ 2016-17 Promotion Diary

...so went the chant beloved of the Green Army as Argyle cruised towards promotion from Sky Bet League Two in the 2016-17 season.

Now Pilgrims’ supporters everywhere have the chance to relive a dramatic, enjoyable and ultimately successful campaign through the eyes of Pilgrims’ manager Derek Adams.

How We Got There is the exclusive official story of their achievement, as told by Derek and through match reports and reaction from the Argyle gaffer and his players, from pre-season to post and every kick in between.

It is the full, lavishly illustrated, inside tale of only the ninth promotion in Argyle’s history, month by month, game by game on 200 action-packed pages.

With dozens of photographs charting the Pilgrims’ rise and the unforgettable celebrations which followed promotion, How We Got There is a fabulous memento of a wonderful season and essential reading for any Argyle supporter.

Who can forget a season which included: