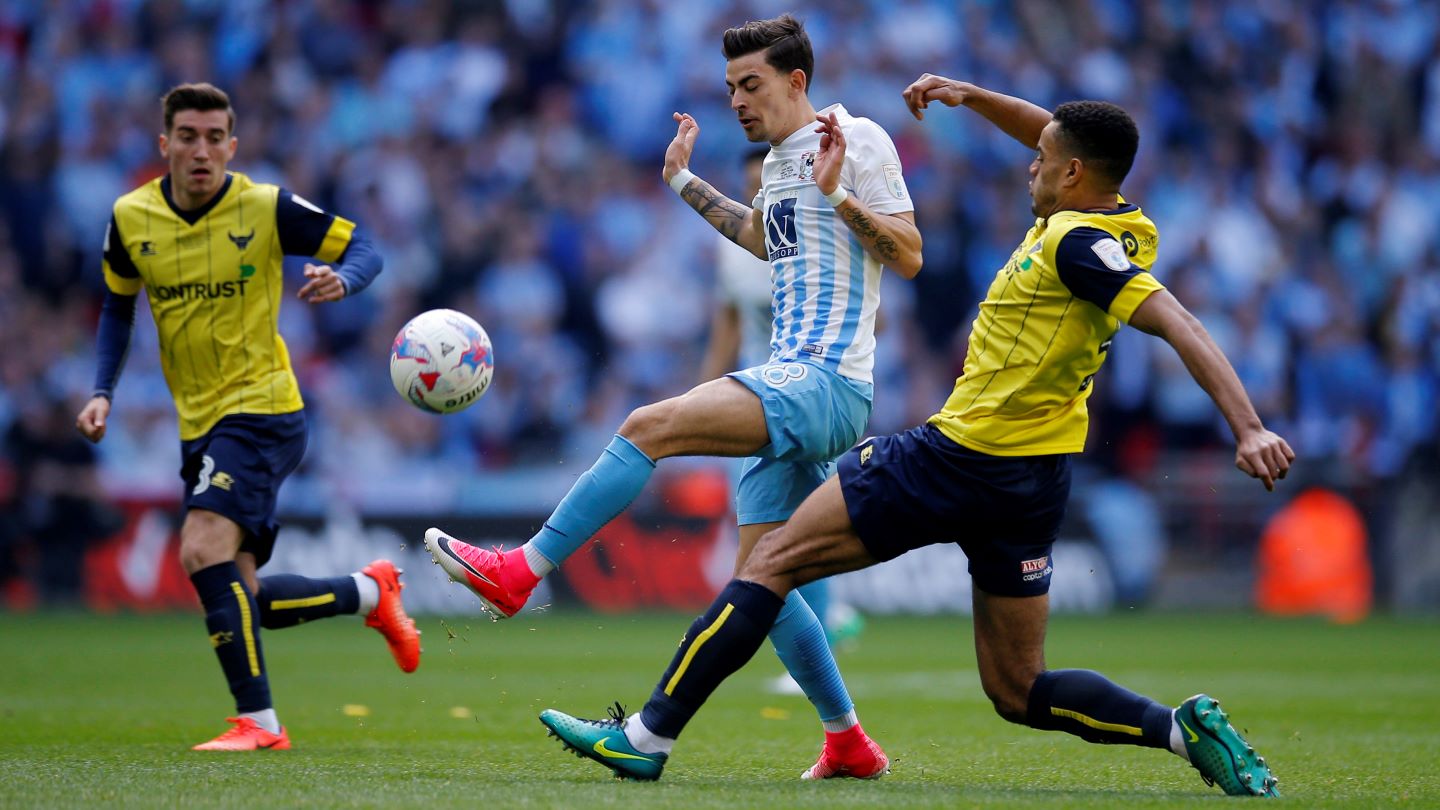 RUBEN Lameiras is looking forward to bringing League One experience to the newly-promoted Pilgrims.

Ruben comes to Home Park after two seasons with Coventry City, with who he was a Wembley winner last season as the Sky Blues lifted the Checkatrade Trophy after beating Oxford United 2-1.

City were also relegated, passing the Pilgrims on the way to League Two, and Ruben said: “I’m delighted to have signed and I’m all ready to go.

“I was keen to get back into League One and show people what I can do.”

Ruben began his career as a ten-year-old with Tottenham before signing professional terms at White Hart Lane, and subsequently had a loan spell in the Swedish top flight with Atvidaberg.

“It was a different experience,” he said. “I went out of my comfort zone, so to speak, and experienced a new league; new people; new lifestyle; a new way of thinking; a new way of playing. So it was a learning-curve for me.”

His arrival at Home Park was helped along by another couple of former Pilgrim midfielders, Hiram Boateng and Dean Parrett.

Ruben said: “I know Hiram, who was here, and Dean Parrett, also, so I knew the club. It’s a great club and I’m excited to be here.”

Watch the full interview on iFollow Argyle, which is the rebranded Argyle Player service.