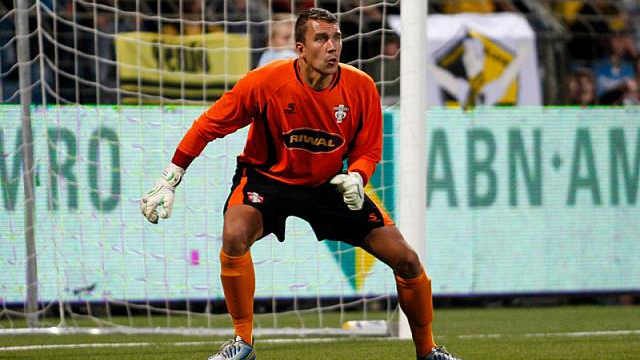 The 28-year-old custodian from Arnhem comes to Home Park after a season with Achilles ’29 in the Eerste Divisie, the second tier of Dutch football.

He started his career with German side Werder Bremen. He has played for Dutch Erste Divisie sides SC Cambuur and SC Veendam and also in the Dutch top-flight Eredivisie with FC Dordrecht.

Indeed, while he was with Cambuur, he played against Argyle in a pre-season friendly while the Pilgrims were on a visit to the Netherlands in 2010 under Peter Reid’s management. The match ended 3-3, with Argyle’s goals coming from Craig Noone and Joe Mason.

Neither is it the first time that the 6ft 4in ’keeper has come across Argyle manager Derek Adams. In the summer of 2013, Robbert had a trial with Ross County but was not offered a contract by the Scottish Premier League side.

He follows in the footsteps of fellow Dutchmen Eric van Rossum and Marcel Seip – both defenders – in coming to Home Park.

Eric played nine times during the 1991-92 season after joining on loan from FC Twente, with whom he once faced Barcelona in the UEFA Cup.

Marcel represented the Pilgrims 148 times between 2006-11, scoring six times after being signed by Ian Holloway from Heerenveen, playeing in the Eredivisie and UEFA Cup.