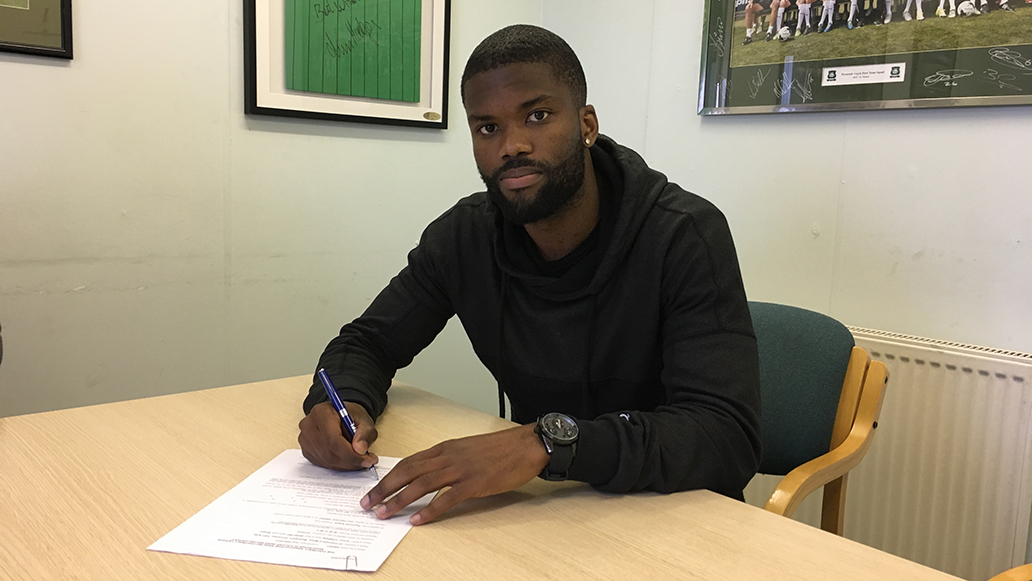 JOEL Grant believes that his Devon switch to Argyle from Exeter will benefit his international ambitions.

The 29-year-old put his involvement with the Jamaican national side on hold last season to aid the Grecians’ ultimately unsuccessful Sky Bet League Two promotion push.

However, Joel’s move to Home Park – the seventh of a career that began with Championship side Watford – will, after all, see him play up a division in 2017-18 with a Pilgrims squad that has momentum on its side under Derek Adams’ management.

Joel said: “It’s a League One football club who I believe have the potential to go higher – and have been higher, so I know how big a club it is – and, speaking to the manager, I feel it’s a good opportunity for myself.

“I like to call myself ‘an attacking player’ – I wouldn’t label myself ‘a winger’ – one likes to try to exploit the back four, and create and score goals.

“I never see age as a problem and I think, as long as you are prepared to work hard, anything is possible.”

Joel made the most recent of his 14 international appearances just over a year ago, and hopes that success for Argyle will help him add to the tally.

“I’m still on the roster,” he said. “That’s another reason for getting to the Championship, because you have international breaks.

“It’s more to do with myself that I haven’t been involved of late because I felt it was only right to concentrate on trying to get Exeter promotion, but I still love to play for my country and I want to be involved.

“My new mission is to get Plymouth into the Championship so I can go on the breaks.”

Plenty of people in the Westcoutry have had plenty of words to say about Joel’s move between the rival Devon clubs, to which he adds one of the more mild observations: “Interesting

Wherever you are, you always try to give your best for your team and, generally, you do get a bond. I am thankful for Exeter – I enjoyed my time there – and I’m about to start a new challenge, which I’m really looking forward to.”