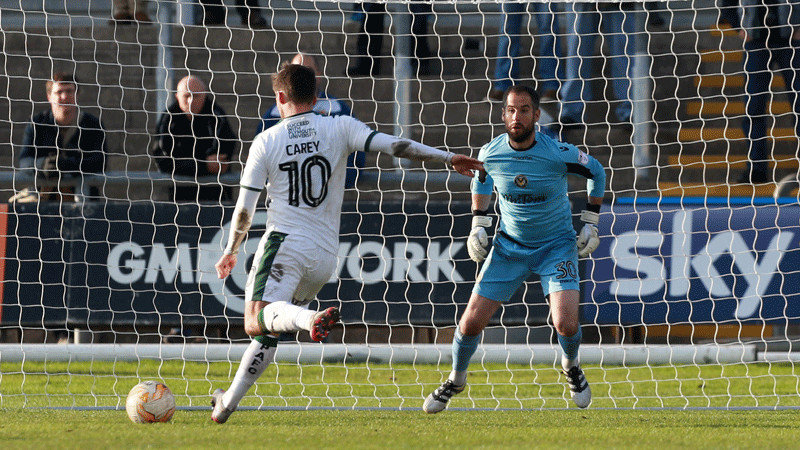 THE news that Graham Carey is staying at Home Park, to continue to wear the number 10 shirt, was sweet relief to Pilgrims everywhere.

Not least, one imagines, for the many members of the Green Army who choose to have 'Carey 10' adorning their replica shirts.

So, if you fancy pre-ordering one of our new jerseys for the new season from the Argyle Superstore, you can now do so - with Graham's name and number, or anyone else's.

All but one of the senior players that have remained from last season have retained their numbers; Jakub Sokolik is no longer number 31, instead now wearing the number 20 shirt.

Gregg Wylde, formerly number 11 in his first spell, has been given number 21, for Ruben Lameiras had already assigned 11. However, Gregg has suggested an alternative number, so those Wylde enough about the winger to have his name and number may to wise to hold on just a wee bit...