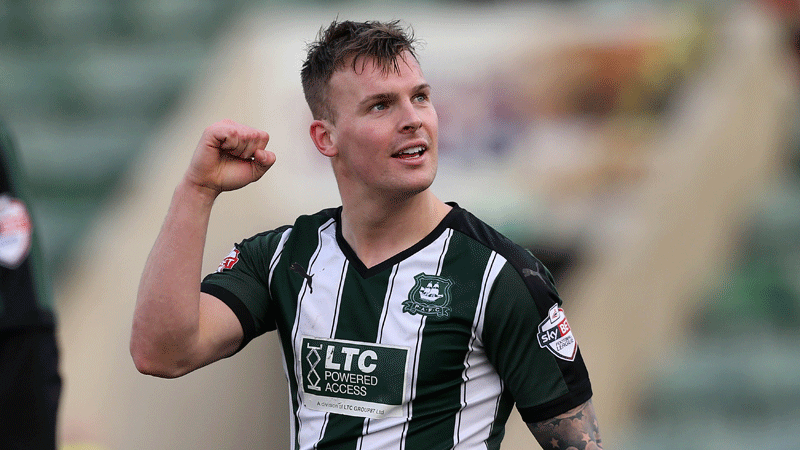 TWO days shy of a year after leaving Argyle, Gregg Wylde has returned to Home Park.

The 26-year-old Scottish winger has rejoined the Pilgrims following a season in League One with Millwall and Northampton Town, who he played for on loan from the Den.

It was Gregg’s impressive form for the Pilgrims in the 2015-16 Sky Bet League Two season that earned him his move to London.

The Kirkintilloch-born 25-year-old played in all but three of the Pilgrims’ 54 matches in the campaign and scored seven goals, including the very first of Derek Adams' Argyle managerial reign away to Wimbledon on the opening day of the campaign.

However, the strike for which he is most fondly remembered by the Green Army is the late Dockyard Derby winner against Portsmouth at Fratton Park in April.

After joining Millwall last summer, he made just 10 appearances for the Lions before moving on loan to Northampton. He played 12 times for the Cobblers before needing surgery on a groin injury, from which he is now recovered, and his Millwall contract was terminated by mutual consent in May.

Although more than a few of the squad that Gregg played with during his first Home Park spell have departed for pastures new, there are plenty of familiar faces.

New signing Jamie Ness is, like Gregg, a product of a product of the Rangers youth system who broke into the first-team and won the 2010-11 Scottish Premier League title but left in 2012, when the club entered administration.