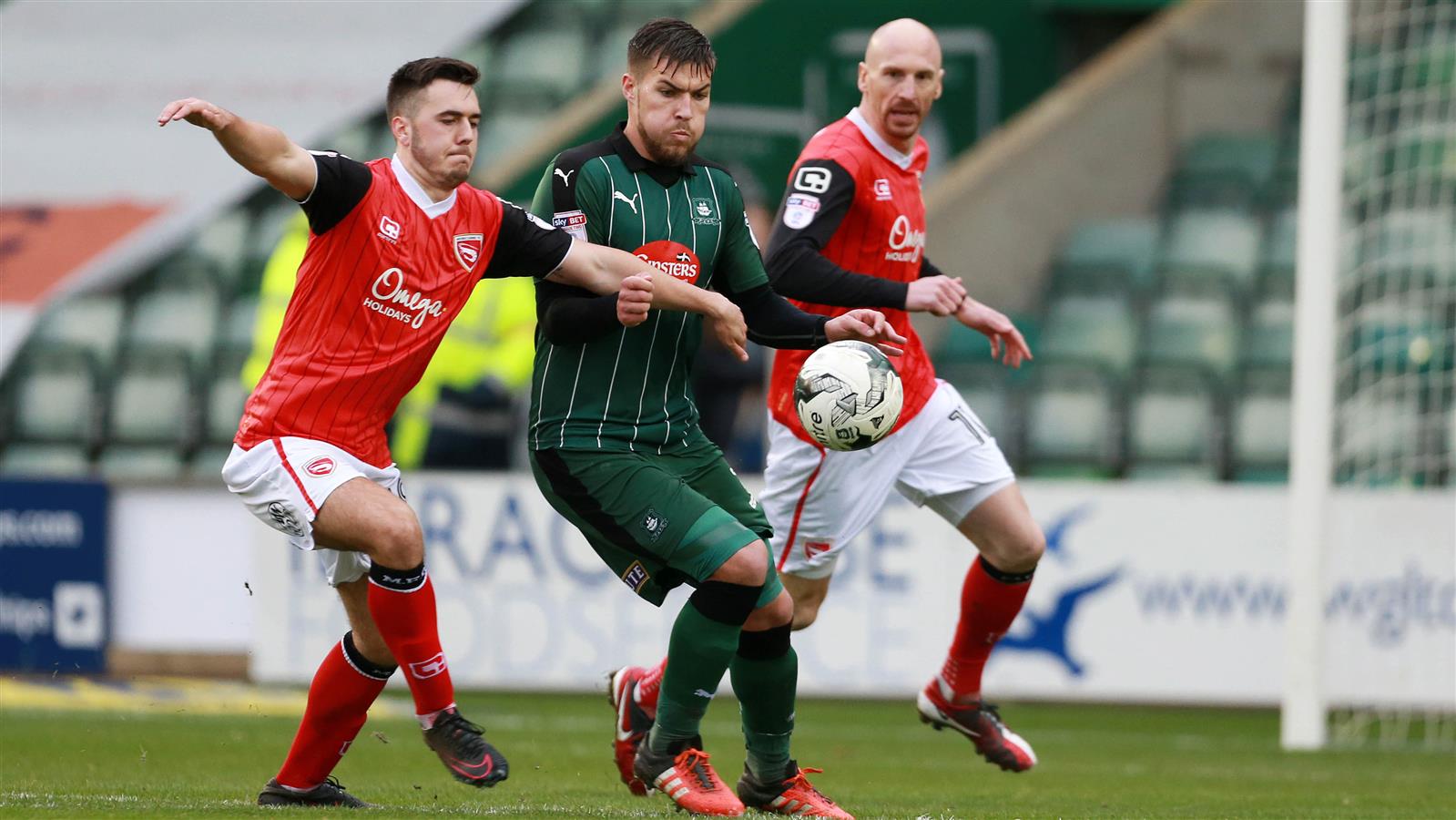 The 23-year-old central defender from Ostrava is not getting carried away with the Pilgrims’ pursuit of promotion, nor with their determination to dog Doncaster Rovers for the Sky Bet League Two title.
However, like his team-mates, he knows that Argyle are on the brink of achieving something special.
They face in-form Accrington Stanley at Home Park on Saturday, when another three points would frank some impressive form of their own which sees them three points adrift of top-spot, seven points clear in second, and 13 points ahead of the closest team that can overhaul them for a place in the three automatic promotion places.
“Promotion is always good,” said Jakub, known in the Home Park dressing-room as ‘Kuba’. “It doesn’t matter how you are going to get it, whether it’s first place or third, but to be champions is special.
“Everybody in our changing-room wants to be a champion and wants to win games, so I think we have got a good chance.
“We have had some good wins recently; we just have to keep going.”
Kuba’s partnership with the imperious Sonny Bradley already seems well-established, although the pair have been in harness for only 11 games, since Kuba came to Home Park in the January transfer-window after being released by League One Southend United.
“Every game, we have been progressing a little bit further,” he said. “I think it’s going well.
“I’m enjoying it very much here. I’m getting game-time, and that’s the most important thing for me as a player – to develop further and further.
“I’m also enjoying living in the city, and the people at the club are nice.”
Not just at the club. Jakub feels the buzz around town now that Argyle are within sight of their season-long target.
“You see it every day,” he said. “Someone comes up to you and says ‘brilliant result’ or ‘hopefully we are going to make it’. It’s good.
“If the fans are behind you, it’s always better. They can you help you in the games with their noise, their shouting.”