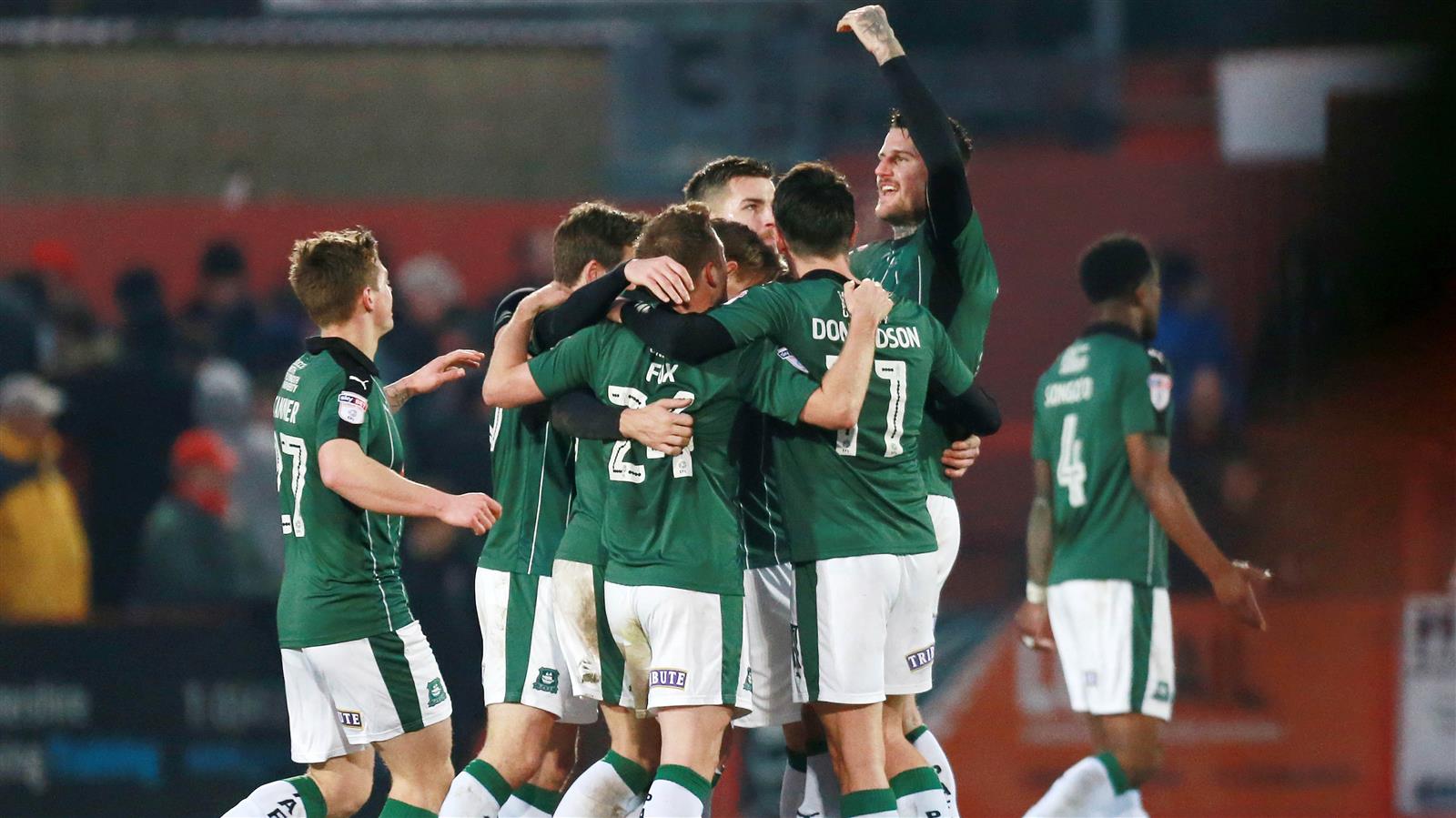 SATURDAY was a day for big hearts and big men as Argyle came from behind to beat Crewe Alexandra 2-1 at Home Park and set up their Sky Bet League Two title-winning opportunity.

Late goals from forwards Ryan Taylor and half-time substitute Nathan Blissett cancelled out Jamie Jones’ sixth-minute opener to earn a victory that means Argyle will finish the season as champions if they win at Grimsby on Saturday.
The second-half comeback coincided with the return to action of Player of the Season Sonny Bradley, who also came off the substitutes’ bench, in the 50th minute, to help the only two team-mates who he can literally look in the eye turn the game around.
He said: “The Crewe centre-halves weren’t the biggest or the strongest, and you could see Ryan getting a bit of success. I was sat next to Bliss on the bench thinking ‘We could do with you today’.
“We recognised that Ryan was getting a bit of success up top, being a big, strong boy, and I think the manager has thought ‘Let’s go with Bliss, as well’.
“I got the instructions: ‘Let’s go direct; let’s get the ball up to them.’ It’s a great switch-up from the gaffer and we ended up scoring two good goals.”
Ryan leveled matters when he hooked in a mis-hit shot from Gary Sawyer, before Nathan powered home a close-range header after a Graham Carey cross.
Sonny said: “The finish from Ryan from Gary’s assist…he’ll tell you he meant it, but I can assure you I have never seen him do that before.
“It was a bit of a slice, but it was a great finish from Ryan.”
“Then Bliss – you can guarantee, with him on the pitch, he’s going to get a chance similar to that.
“I think he had one about five minutes before that when it got saved wonderfully by their ‘keeper; it got flicked over the bar.
“He was in a great position; it was a great goal and we’ve gone on to win the game.
“Everybody has chipped in; everyone has worked hard this season. I was really delighted for Bliss because he never complains or moans; he gets on with it.
“I think he has been unlucky at times not to get a chance. He hasn’t got as many chances as I think that he has deserved, but every time has been called upon, he has put a real shift in.”
Before the match, Sonny was presented with the Directors Cup after being voted Player of the Season by the Green Army.
He said: “From my view, four or five of the boys could easily have been stood in my position, winning player of the year.
“I’m delighted to win the awards, but ultimately the main prize is promotion. Now we can take it one step further and win the league.”