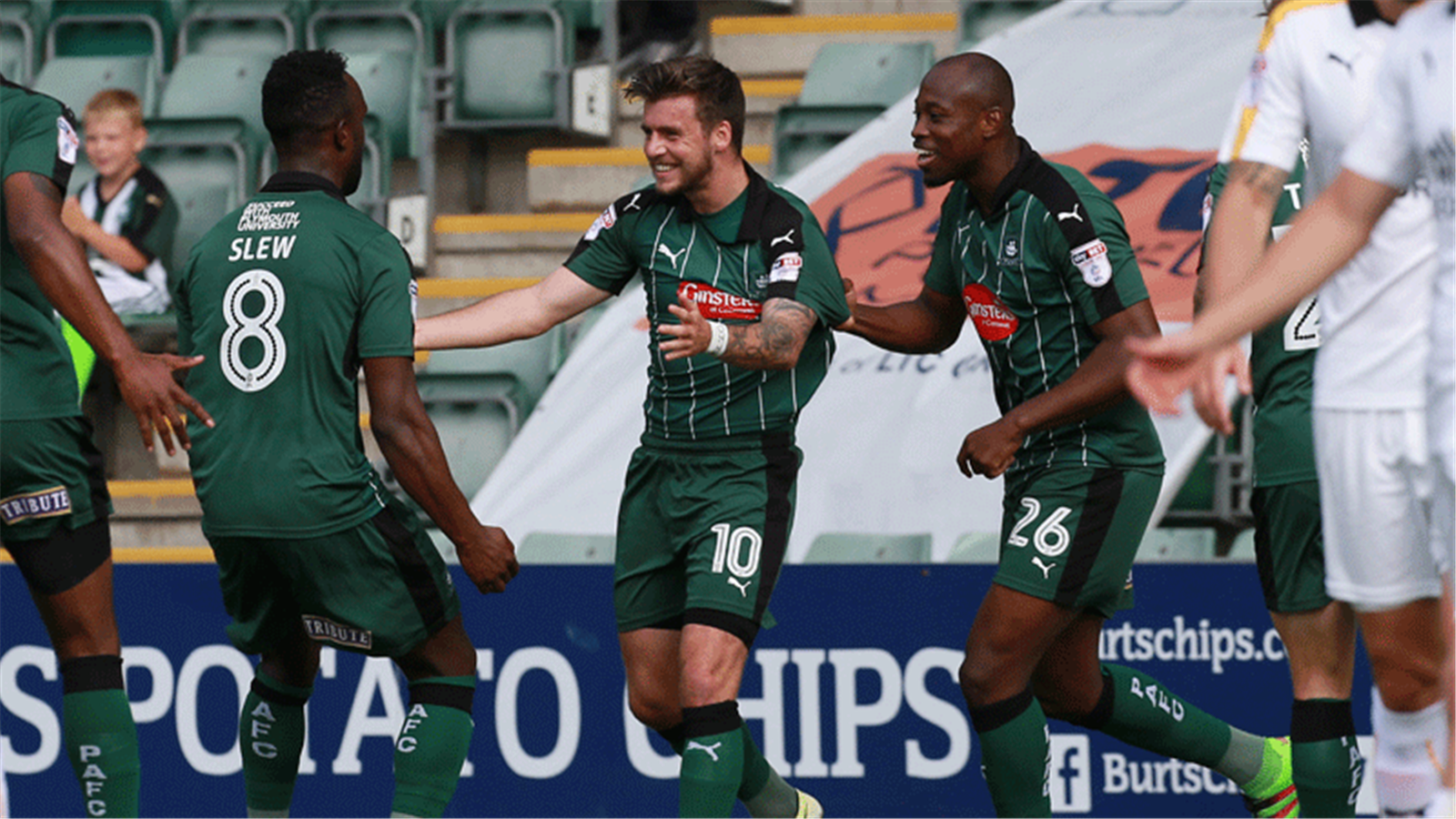 We are down to the final of the Goal of the Season competition for 2016-17, and our finalists are a pair of Graham Carey peaches.
You can choose between the Irishman's stunning efforts against Yeovil Town and Morecambe, both at Home Park, to determine Argyle's best goal of a fantastic season
In the semi-finals, Carey's Yeovil strike won over his solo effort against Mansfield, while Carey's Morecambe goal was victorious over Matty Kennedy's cracker against Leyton Orient.
Below, you can see a video reminding you of the two goals in the final. After you have freshened your memory, you can vote for your favourite at https://www.surveymonkey.co.uk/r/GOTS17Final
Semi Final Results
Graham Carey v Morecambe - 55.95%
Matty Kennedy v Leyton Orient - 44.05%
Graham Carey v Yeovil - 58.88%
Graham Carey v Morecambe - 41.12%