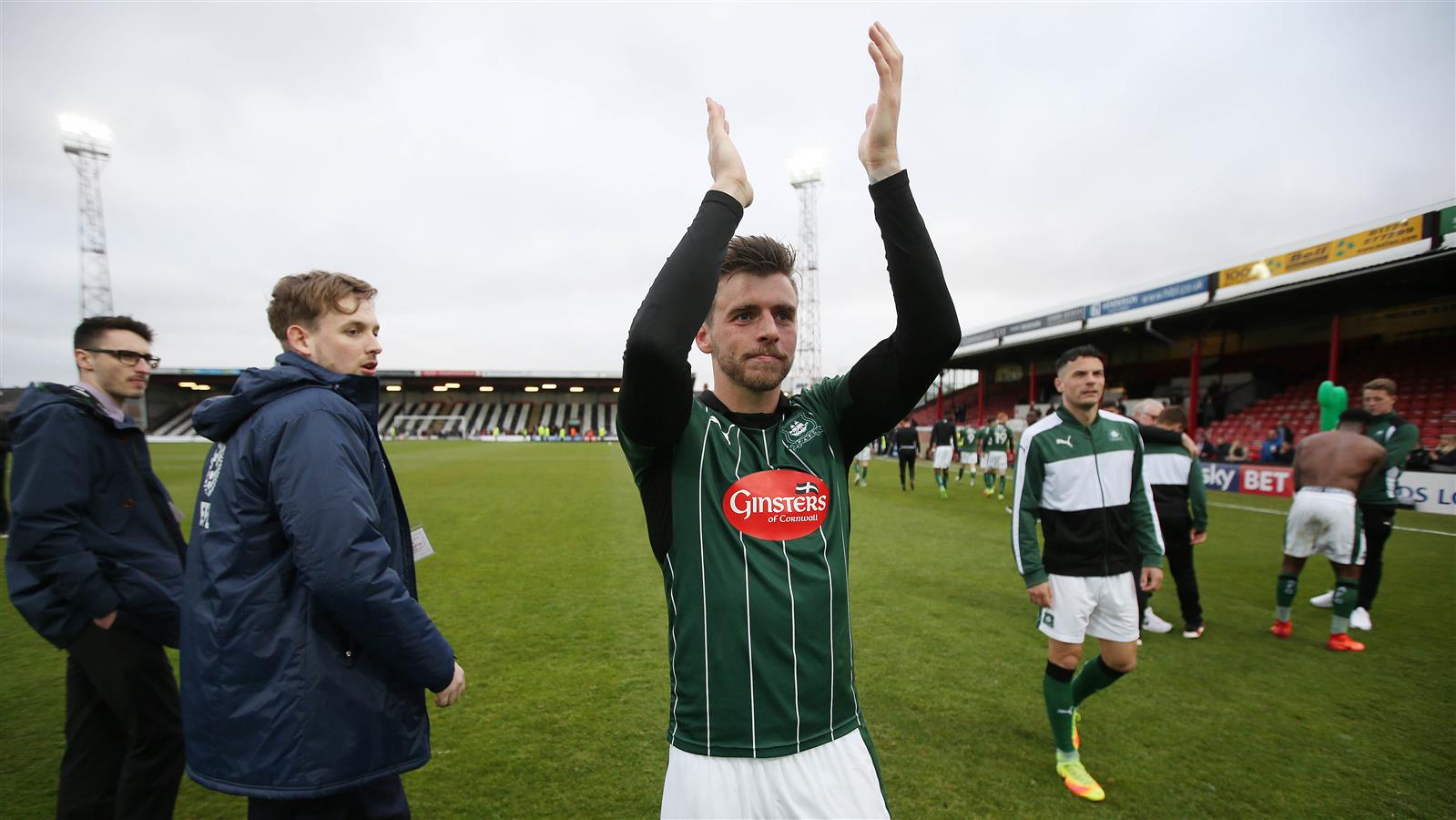 GRAHAM Carey paid tribute to the Green Army after Argyle’s 1-1 draw with Grimsby Town, hoping the entire football club can kick on together after achieving a first promotion in 13 years.

Carey notched up his 100th appearance for Argyle in the Grimsby draw, where Shaun Pearson’s strike in the opening minute was nullified by Jimmy Spencer on the hour mark. The lack of a winning goal meant the Greens would miss out on taking the Sky Bet League Two title on goal difference to Portsmouth, but the prize of automatic promotion is what matters most to the Irishman.
“If you’d have given us promotion at the start of the season,” said Graham, “we’d have taken it. “It doesn’t matter how you get it.
“It’s a really difficult league to get out of. I think we have to remember that two or three weeks ago, we were nowhere near the league title.
“We were obviously disappointed with the game and not being able to win the league, but the bigger picture is we’re out of this league, and hopefully onto bigger and better things.”
With that in mind, Graham and the rest of the squad came back out to celebrate promotion with the supporters after the match. Doing away with the immediate disappointment, Carey and co. knew the importance of the moment for the fans and relished soaking in that moment with them.
“It hurts a little bit,” said Graham, “but the fans have reminded us what a great season we’ve had. Ten seconds after the final whistle, they were singing.
“Once the fans are happy, everyone’s happy. You could see what it meant to them and that’s all we need, really.
“It’s been a great season, and the least you can do is applaud the fans. They’ve been supporting us all season, travelling up and down the country. You can see what it means to them to get promoted.”