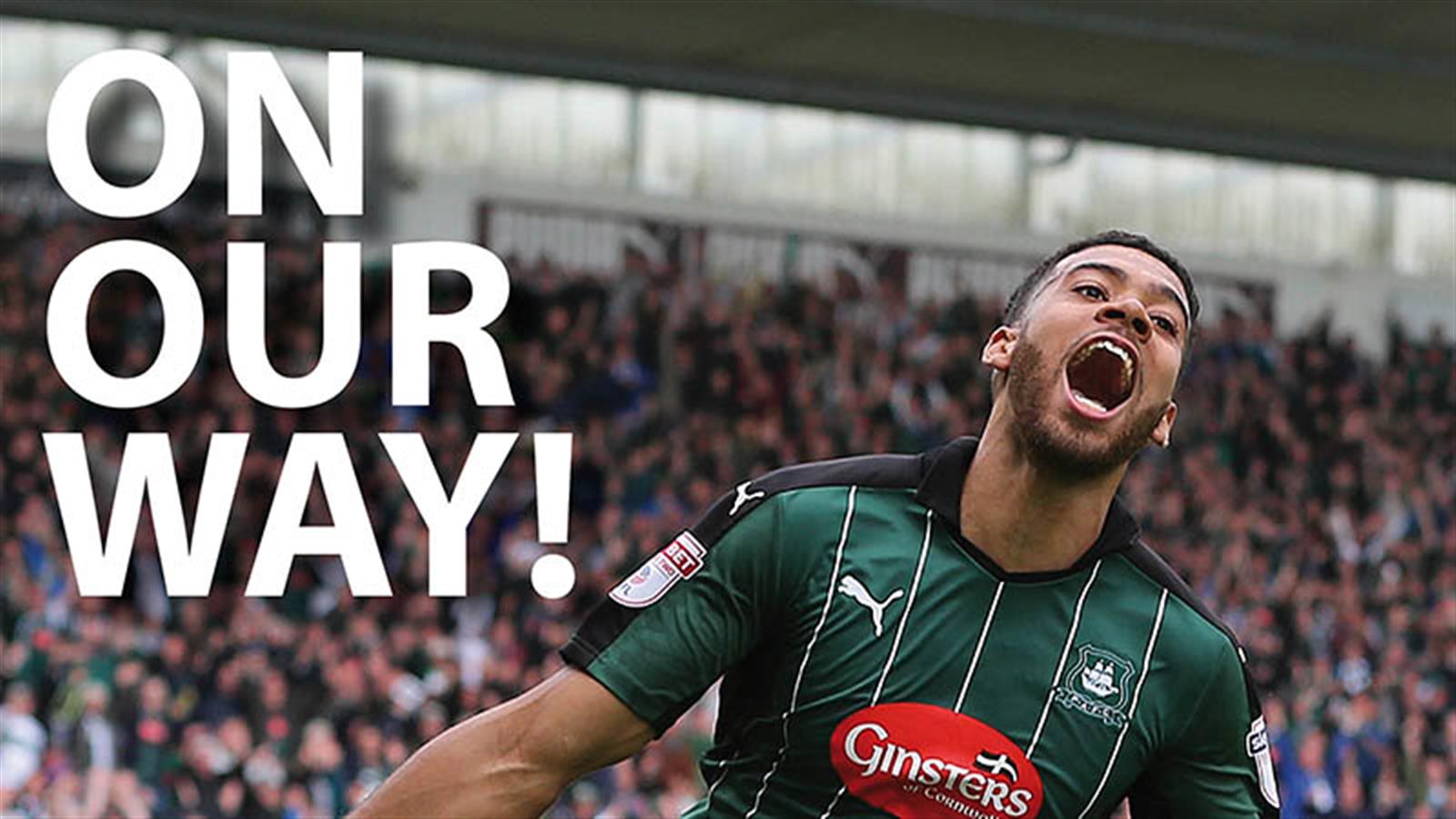 Promotion DVD On Its Way!

ARGYLE fans still basking in the glow of promotion to Sky Bet League One will soon have the opportunity to relive the Pilgrims' memorable 2016-17 campaign.

The club is putting the finishing touches on a two-disc DVD set of the season which is now available to pre-order from the Home Park Superstore.
Called 'On Our Way!’ in homage to the Green Army chant that helped propel Derek Adams' team to League One, it is essential viewing for any and every Argyle supporter.
Disc one contains every league game, every goal, pre-match and post-game interviews, and full match details of a campaign in which Derek Adams’ side set a club-record 13 away league wins; put together a never-before-achieved seven-game winning streak on the road; and completed a Devon Expressway Derby Double against Exeter.
On the second disc, to truly commemorate a wonderful season, is a special ‘Promotion Moments’ bonus, featuring behind-the-scenes footage of some of the big days and best moments of a fantastic, promotion-winning, campaign, including when Argyle held the mighty Liverpool at Anfield in the Emirates FA Cup.
In total, the two discs contain four hours of footage from one of the most memorable and successful seasons in the Pilgrims’ 114-year history.
On Our Way! will also be available to download from www.pafctv.co.uk, although the download will not contain footage from the ‘Promotion Moments’ bonus disc.
To order a copy of On Our Way!, please contact the Argyle Superstore at Home Park (www.argylesuperstore.co.uk; 01752 558292; argyle.shop@pafc.co.uk).
The cost of the two-DVD set is £18, while download options start at £7.99 - full details at www.pafctv.co.uk.