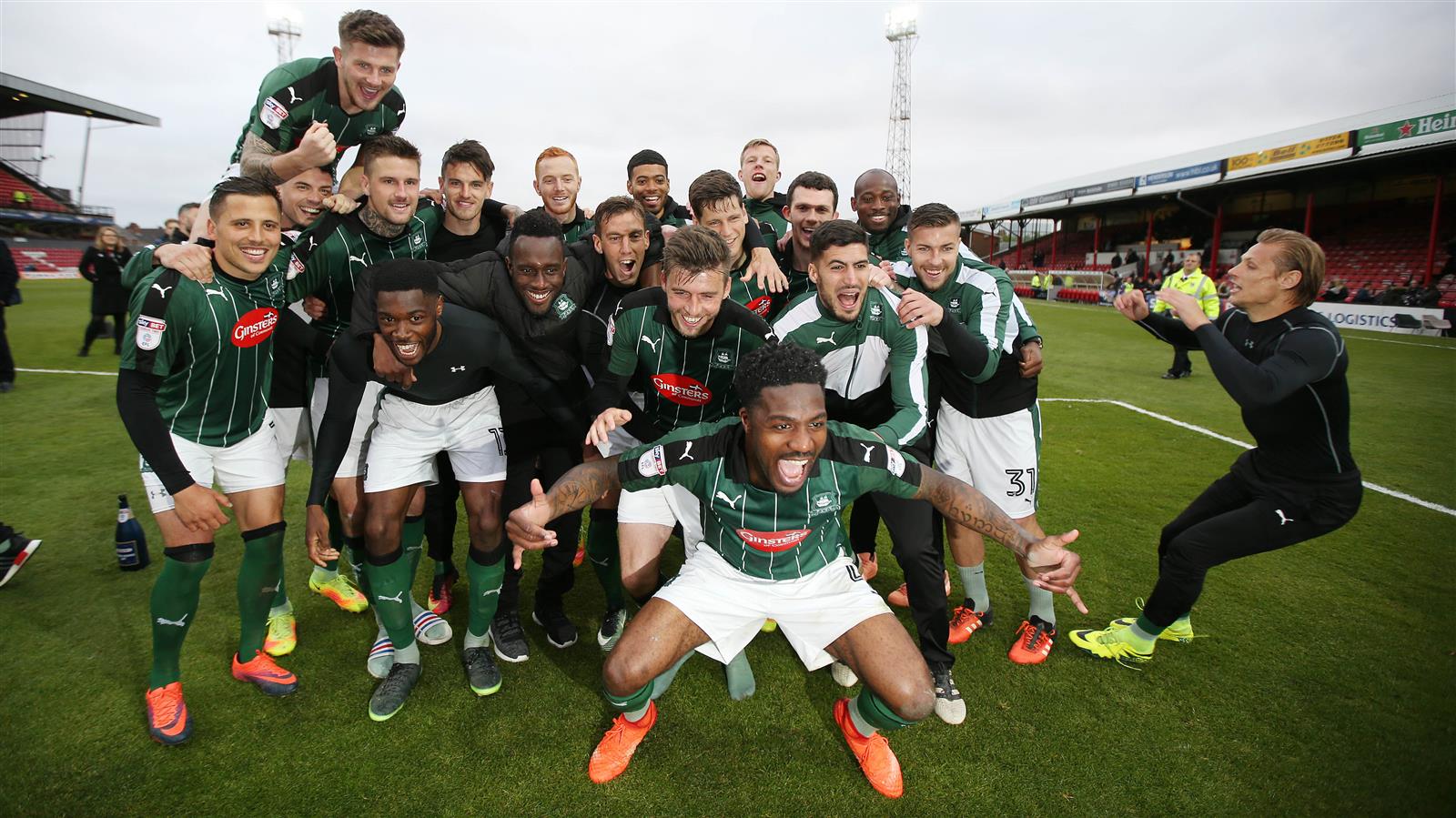 OUR regular contributor Haden Tye watched Argyle's 1-1 draw at Grimsby from the away end. Despite Argyle missing out on the title, Haden reflects on a special day...

Football is a weird game.
I mean, we knew that already - but sometimes it gives you a reminder of its unpredictable, and unforgiving nature, just in case you had forgot. It can give you little chance to collect your thoughts as elation, pride and frustration can all clash together in one afternoon. Then, without an apology for its brutality, it leaves you to comprehend the madness that you have just witnessed.
Grimsby Town 1 Argyle 1. The scoreline doesn't sound unusual. In fact it sounds pretty average. Meaningless, even. But in the game that Argyle couldn't quite snatch the win that would see them crowned Champions of League Two, the beautiful game spent an afternoon toying with the minds of the Green Army, who couldn't have been much further from home at Blundell Park.
The Argyle faithful travelled in their masses to Grimsby. The party had started well before kick-off. In truth, it had barely stopped since just under three weeks before when Jake Jervis latched onto a pass behind the Newport County back-line and side-footed the ball into the empty net to put Argyle two goals to the good and all but confirm that the Pilgrims would be playing in League One next season.
At Blundell Park, the players warmed-up being serenaded, applauded and worshipped by the Green Army, who were expectant of a big performance that could confirm the League Two title for the Pilgrims. The race for the top spot had been a done deal for several weeks with Doncaster Rovers the clear leaders, but their rapid demise from sublime to verging on dreadful as the season came to a close meant that the Pilgrims were now the front-runners for the title.
Grimsby had not read the script, though. Just seconds after the whistle had blown to start proceedings, Shaun Pearson poked the home side ahead, providing the Pilgrims with the worst possible start. The Grimsby defender never apologised for bursting Argyle's bubble so early on, and with the help of his teammates, he helped to keep out Derek Adams' men for the next hour.
When Argyle eventually did make their way back into the game, it was heavenly. The hour that had followed Pearson's opener had showed signs, and periods, of promise, but the hope was teetering on the edge of extinction as the Pilgrims had been in a lull since the break. Argyle needed a goal, but opportunities were few and far between.
Jimmy Spencer came on for Matthew Kennedy as Argyle rolled the dice again, throwing on a third striker. You would be forgiven, however, if your cynical self-defeatist mechanism (which is installed in every football fan) processed this as desperation. However, desperation turned into exhilaration moments later.
Jimmy was played through on goal and prodded home an equaliser which had been looking more and more unlikely. So much so, it felt a little surreal and needed a double-glance to check that the Argyle striker had actually put the ball in the back of the net without a flag from the linesman.
He certainly had though and the away end was rocking. There was now every possibility that Argyle could squeeze in another and win the title. The expectation was back, the roars grew louder and the Pilgrims were invigorated. It was all Argyle. This is what we had waited for. This could be it.
Argyle were in the ascendency and searched for the winner. Crosses were lofted into every blade of grass in the Grimsby penalty area, but the hosts managed to scupper away every single attempt. The Pilgrims launched every item of their artillery at the Mariners goal mouth, but each time it was deflected to safety.
The moment never came. The full-time whistle blew - without the fairytale finale to a fairytale season. A somewhat abrupt and underwhelming ending to a remarkable campaign that had seen the whole city get behind their side who had waltzed to promotion left a bit of a sour taste in the mouth.
For about two minutes.
We are not the champions, and it is because of goal difference. In truth, all three promoted sides have proved to be far too good for League Two, and any of the three would have been worthy winners. The battle at Blundell should not dampen the success that the Pilgrims have had this season. They have been superb.
The scenes after the game were of adulation. Derek and his men have given the Green Army a season to remember and the croaky voices in the away end conjured up a husky tune or two to show their appreciation for their efforts. The final game of the season did not give us what we had hoped for, but there has been a surplus of surpassing expectations in the 45 games preceding it.
There has been a chant that has been synonymous with Argyle's promotion towards the end of the season - "How we get there I don't know," is one of the lines. "How we get there I don't care," is another.
And, despite not being Champions, I don't care.