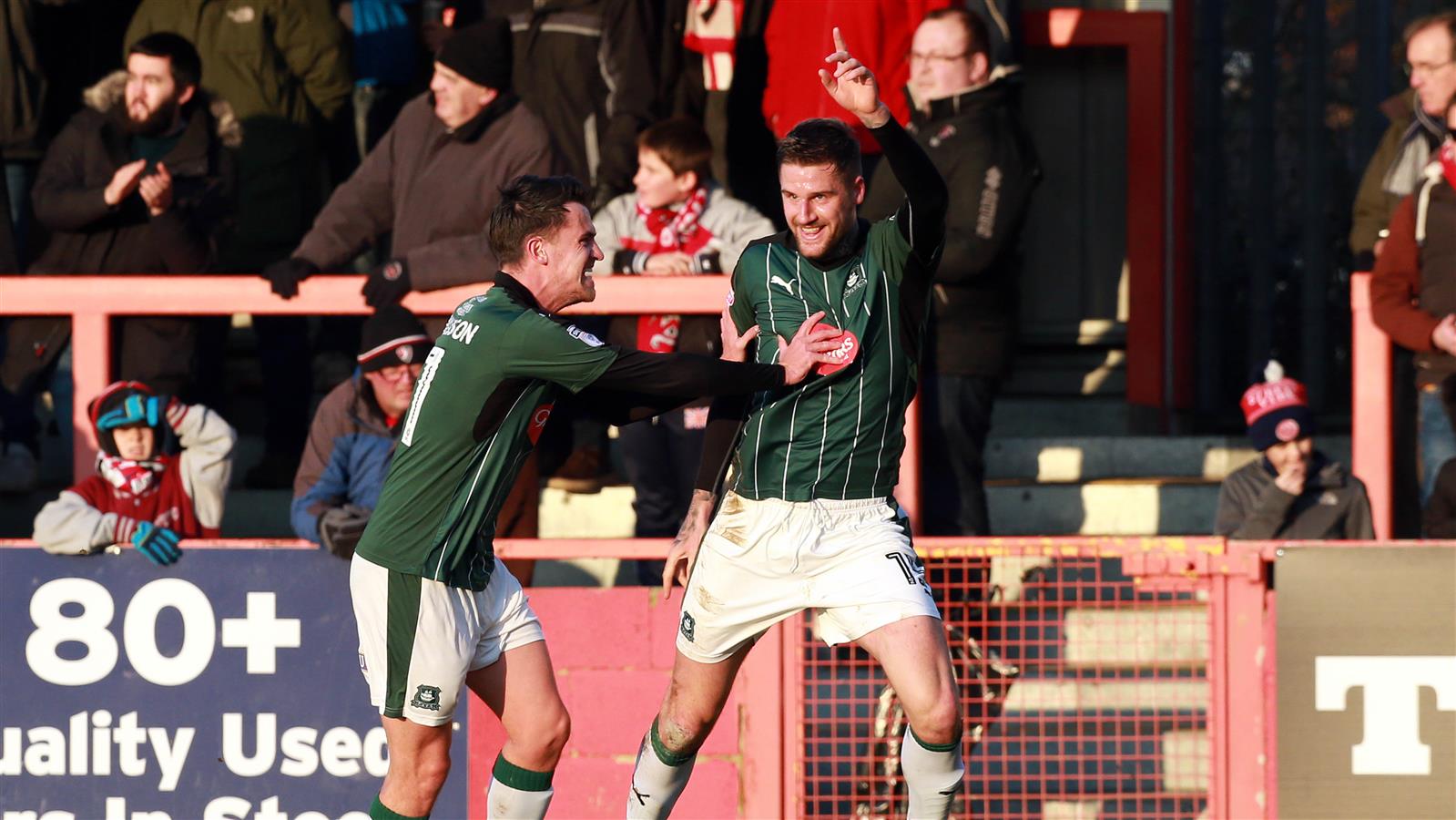 After 274 days, 11,740 miles, 86 points and 69 goals, Argyle’s Sky Bet League Two season crystallizes to only one thing in Cleethorpes on Saturday: beat Grimsby, become champions.
Some have always thought that might be the case. When one of those is six-foot-plenty, covered in tatts, and generally considered to be the Pilgrims’ stand-out player this season, you do not argue.
"For some reason, I’ve always felt that, going to Grimsby, it would be in our hands,” said Argyle Player of the Season Sonny Bradley.
“In December/January time, I said we only wanted to win the title and that’s always been our attitude. We haven’t taken out foot off the gas and it’s on now. It’s in our hands; we have just got to make sure we do everything right this week and then go and get the win at Grimsby.
“Everyone will be fit and everyone will be looking forward to it. We’ll try to get the three points and get back down the M1 with the league title.”
The motorway reference comes from local knowledge. For Humberside-raised central defender Sonny, Grimsby is as near to home as he can get in League Two, although it was at another Yorkshire ground that the opportunity to win the title came sharply into focus.
Seven games ago, the Pilgrims beat leaders Doncaster Rovers 1-0 at the Keepmoat Stadium. Since then, Argyle have lost just one; Rovers have won only twice.
“All of a sudden, we were thinking: ‘We can win it’,” said Sonny. “We’ve had a couple of setbacks, but we’ve always played with the attitude that we can go on and win it, and we have put ourselves in a great position now.
“One more shift to go, now. All the boys are fully fit and we’ll be leaving everything out on the pitch at Grimsby; if we do that, we will win the league title.”