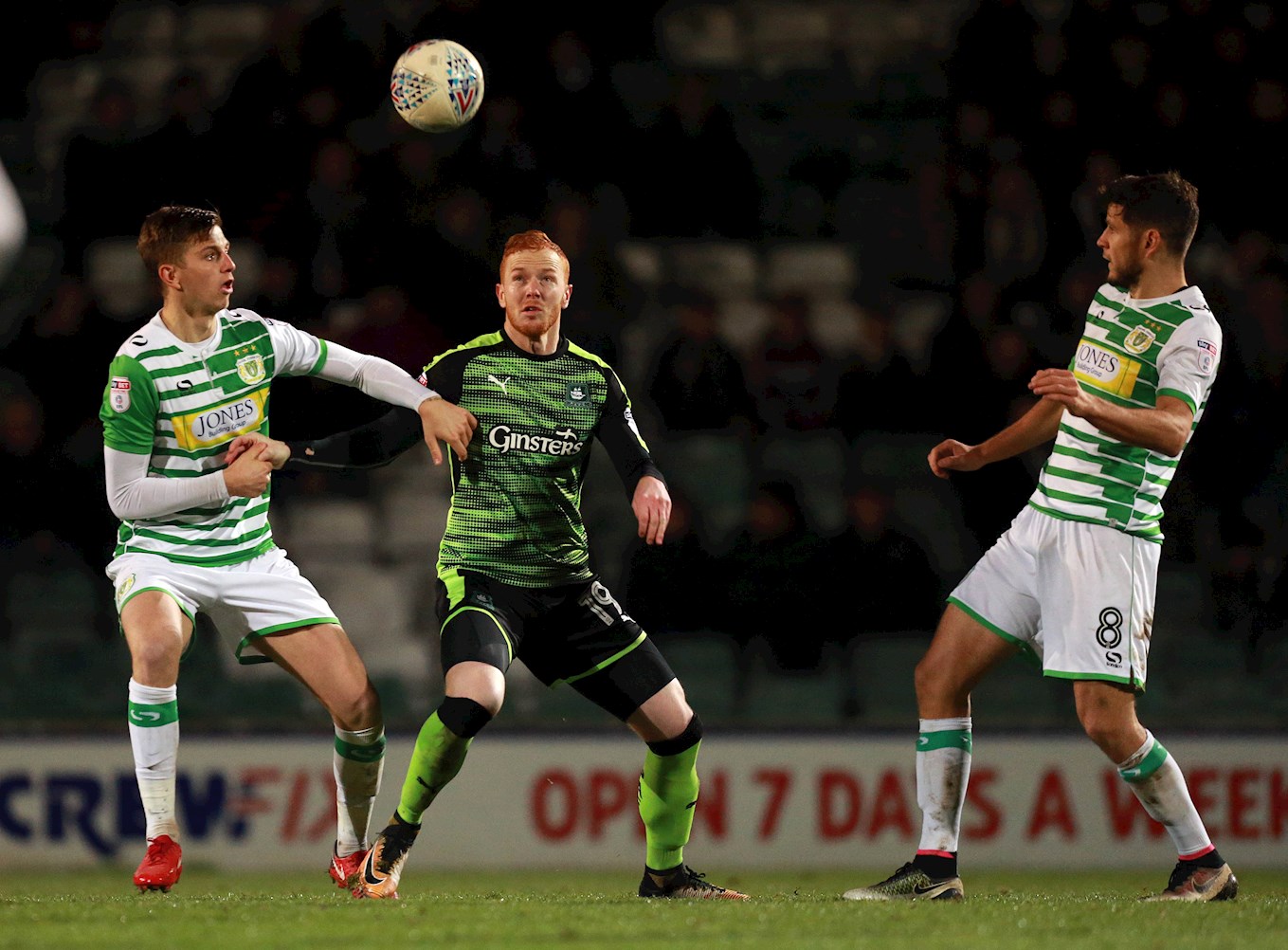 A Tayl of Two

NOT even a goalscoring return to action could soften the blow for Ryan Taylor, as Argyle bowed out of the Checkatrade Trophy on Tuesday night.

Losing 2-1 at Yeovil, the Pilgrims went down to an 88th minute winner from Sam Surridge which saw Argyle finish third in the group with Chelsea Under-21s joining the Glovers in qualifying for the next round.

Having started a game for the first time since his ankle injury on the first day of the season Taylor was happy to score the goal which put Argyle ahead, and more importantly to have returned to first-team action, but the manner the Pilgrims went down in the second half overshadowed his return.

“It’s been a long way off, it’s been four months so a long time,” said Ryan. “My fitness wasn’t quite there tonight but it wasn’t going to be after such a long time out. It was nice to get on the score sheet, just a disappointing result in the end.”

“The first half I felt fine, but I think it caught up with me in the end, so the gaffer brought me off after 70 minutes. We are all disappointed with the performance in the second half.

“Sincs (Aaron Taylor-Sinclair) pulled a great ball back and I’ve just tried to get it on target. I think their keeper has had a bit of a ‘mare but they all count so it was nice to get back on the score sheet.

“We were very comfortable in the first half, got into the changing room at half time, we played some nice stuff. But the second half we just weren’t good enough and we know that. We have just got to get ready for Saturday; it will be a tough game away against Bradford, but we will be.”