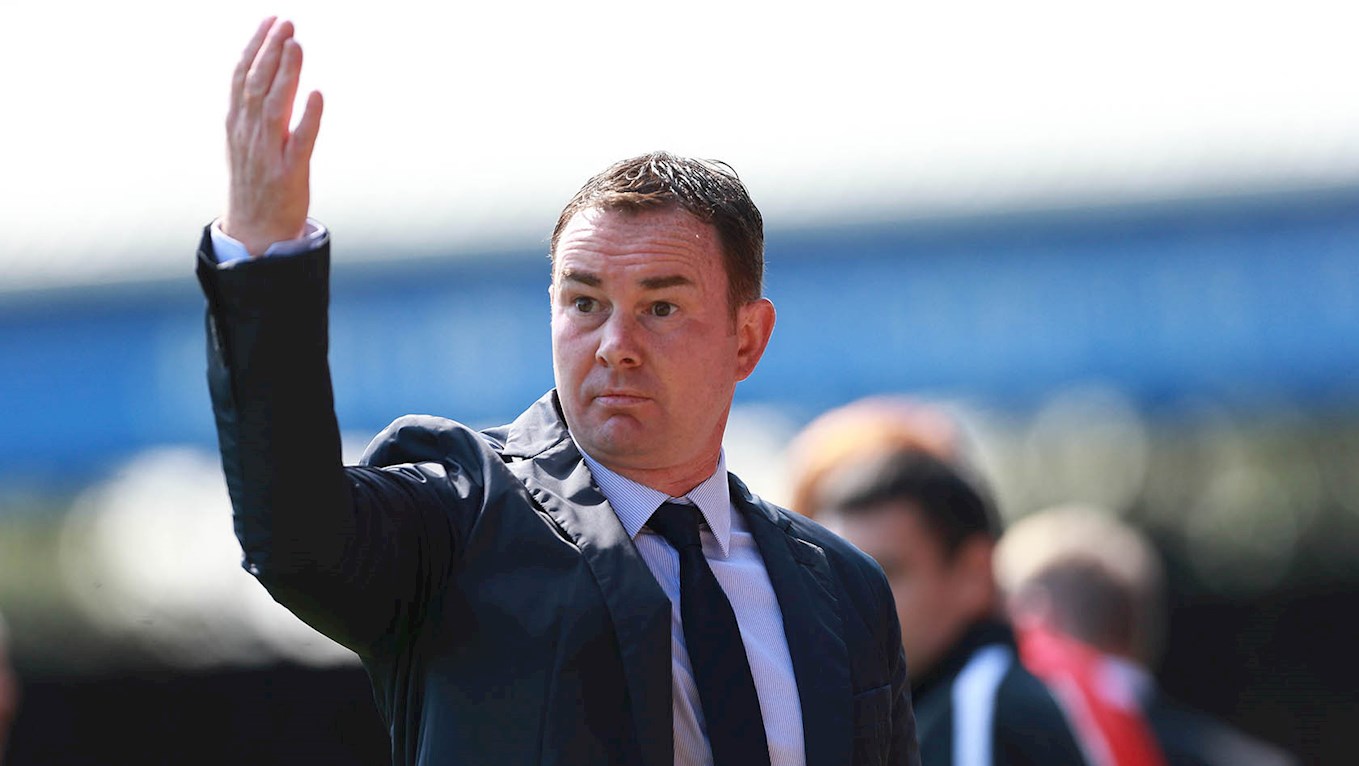 DEREK Adams has been reflecting on a busy midweek at Home Park, with a home FA Youth Cup victory and an away Central League defeat giving the Argyle gaffer plenty to think about.

The Under-18 side were up first, securing a late come-from-behind 3-2 victory against AFC Wimbledon to set up a home third-round fixture with Manchester City. Derek was most pleased with the character the youngsters showed in winning after twice being in a losing position.

“Before I came here, it was something that the first team struggled to do,” said Adams, “but we’ve been able to find a way and the youngsters have done that the other night – it’s good to see the trend following its way down the football club.

“It was 1-0 down, back to 1-1, then it looked like Wimbledon were going to win the game 2-1, but then we scored two late goals to get ourselves the win. It was very late, and a good goal from Klaidi [Lolos] to finish it off.”

The team now host the awesome Manchester City Academy at Home Park and Derek is delighted that they will have that opportunity, although he remains realistic about their chances.

“They’ve got a fantastic experience of playing Man City at home in the next round,” he said. “We’re not going to ask too much of them because it’s a very tough game. We understand that Man City are one of the best Academies in England.

“I think we’ve just got to be careful and not get too carried away. We’re not in the same league as Man City but the boys have got to be really excited at being able to play against one of the best teams in England.”

Wednesday saw a reserve team play out an entertaining Central League fixture against Bournemouth. Whilst the 5-4 defeat was not an ideal result, Derek remained positive with other outcomes of the match.

He said: “It was a good game from both sides, a lot of good football on show and good technical ability. It was just good to get the fitness for the players that have been substitutes, or been injured for a period of time.

“So it was a worthwhile exercise. They all got 90 minutes, which was very beneficial, and the tempo of the game, after probably the first 15 minutes, was high intensity.”

Having spent some time out injured, on-loan Celtic forward Nadir Ciftci was one of the players able to complete the match as he nears ever closer to a return to the first team.

Derek said: “He’s had a good 90 minutes yesterday and 70 minutes [in the Peninsula League] on Friday night, so his fitness levels are coming back and he’s overcoming his injury, like a few of them.

“We’ll look to continue his progress with getting him back fully fit.”

Ryan Taylor, who also played in the previous Friday’s Carlsberg South West Peninsula League match with Torpoint, missed the match after suffering a problem in the warm-up with the left ankle that he broke at Peterborough United on the opening day of the season.

Derek said: “He went over on his ankle so he wasn’t able to get any minutes in the game. I wouldn’t have thought it was anything serious because he was able to walk during the afternoon.”