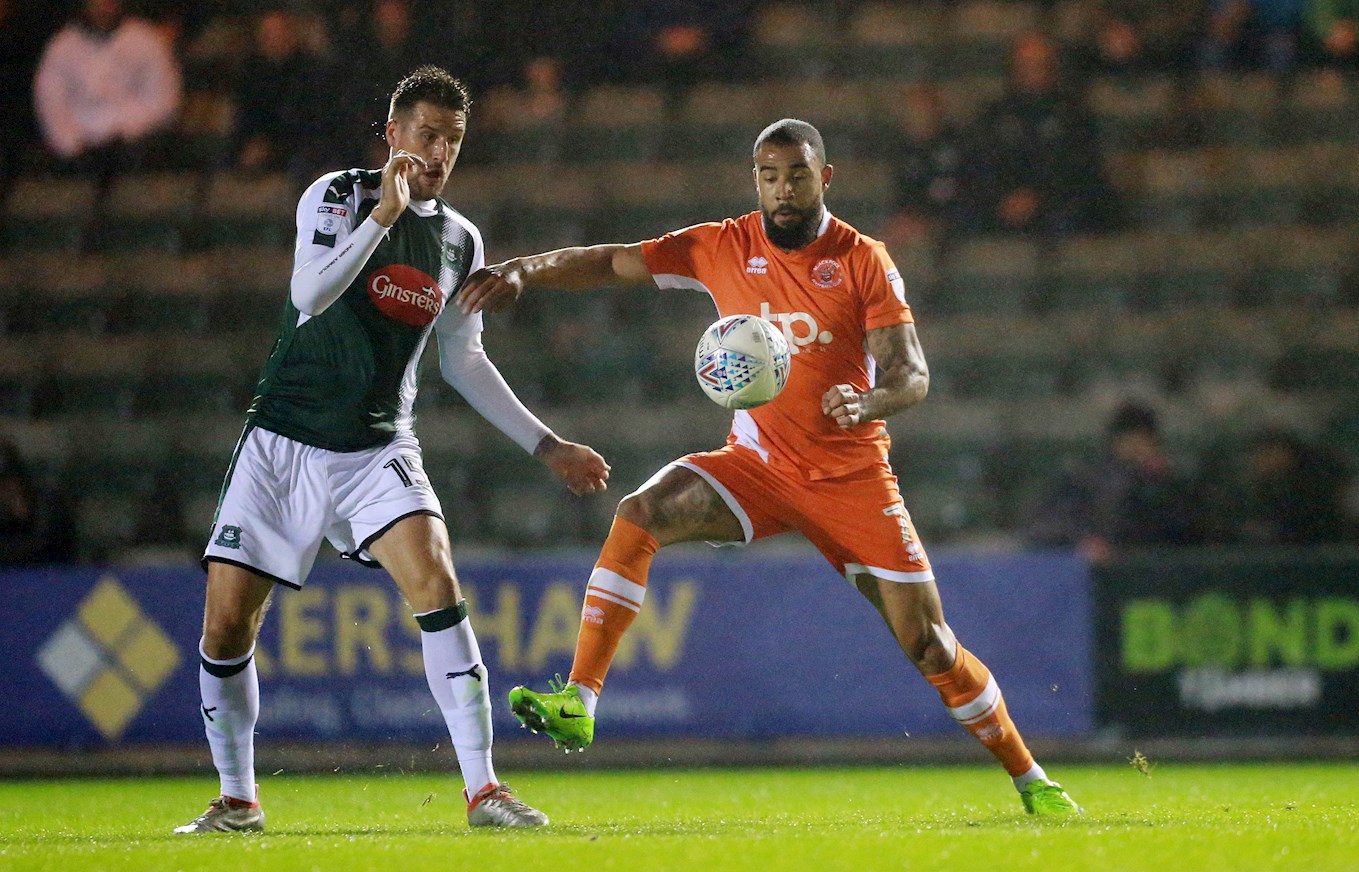 ADAPTING to circumstances and squad depth has allowed Argyle to turn around their early-season slump, according to Sonny Bradley.

The Pilgrims’ positive displays continued as they advanced to the second round of the Emirates FA Cup, with Graham Carey’s goal in the ninth minute giving them a 1-0 win over Grimsby Town.

The Mariners responded in the second half with plenty of possession and pressure, but much like many of last season’s victories, Argyle’s defensive solidity more than played its part in the win. With attacking players out injured and defensive players returning to the squad, Sonny says the team have purposely leaned on that quality at the back to guide them to a run of strong results.

“We’ve come up against good opposition this season and we’ve tried to match them up at times,” said Bradley, “and we’ve come up a little bit short. We haven’t been getting the results. Where we are in the league, we have to find a way to start getting the points.

“So obviously we’ve gone a little bit more defensive, but it’s helped us pick up some good results. Now we’re right back in the mix and, put three or four wins together, and we’re looking at mid-table and looking up.

“Do we want to attack more and play more positive? Yeah, of course we do. A lot of fans have been saying to me: ‘Can we play more attacking football? Can we play a different formation?’ You’ve got to look at what we’ve got and how we’re going to play. We can’t just play off the cuff.

“We’re just going to continue working hard and, like I said, the results will come.”

That strength at the back has been helped no end by Norwich City loanee Remi Matthews seamlessly slotting into the Argyle line-up to cover for an awful run of goalkeeping injuries. Remi’s performances have been excellent, but as Sonny points out, that is simply a continuation of showings between the sticks for the Greens.

“Remi’s come in and I think he’s been outstanding – not just in the games,” said Bradley. “In training, he’s been brilliant. Some players from bigger clubs come in on loan and they kind of don’t commit to it 100%. Remi gives everything every day – and he’s given us a bit of a boost, to be honest.

“He’s a good guy as well, great character in and around the dressing. I haven’t got enough good things to say about him. Hopefully we can keep him for as long as possible.

“He’s very good, but I think every keeper that’s played this season has done well. I think when Luke [McCormick] was in, he played well. Even Mike [Michael Cooper] when came in had a brilliant 45 minutes. They’ve just been unfortunate; very unfortunate. Luke’s been training this week, and if Remi has to go back, which might be inevitable, then we’ve got Luke back in.

“When Kyle [Letheren] first came in: he was sat in the dressing room and, if you’ve seen Kyle, he is massive. I’ve never played against him and I was thinking: ‘If he’s a striker, he’s going to be a right handful.’ Kyle was very, very unlucky. I thought he was playing very well, some excellent performances. As soon as he comes back, I’m sure he’ll be fighting for a place.”