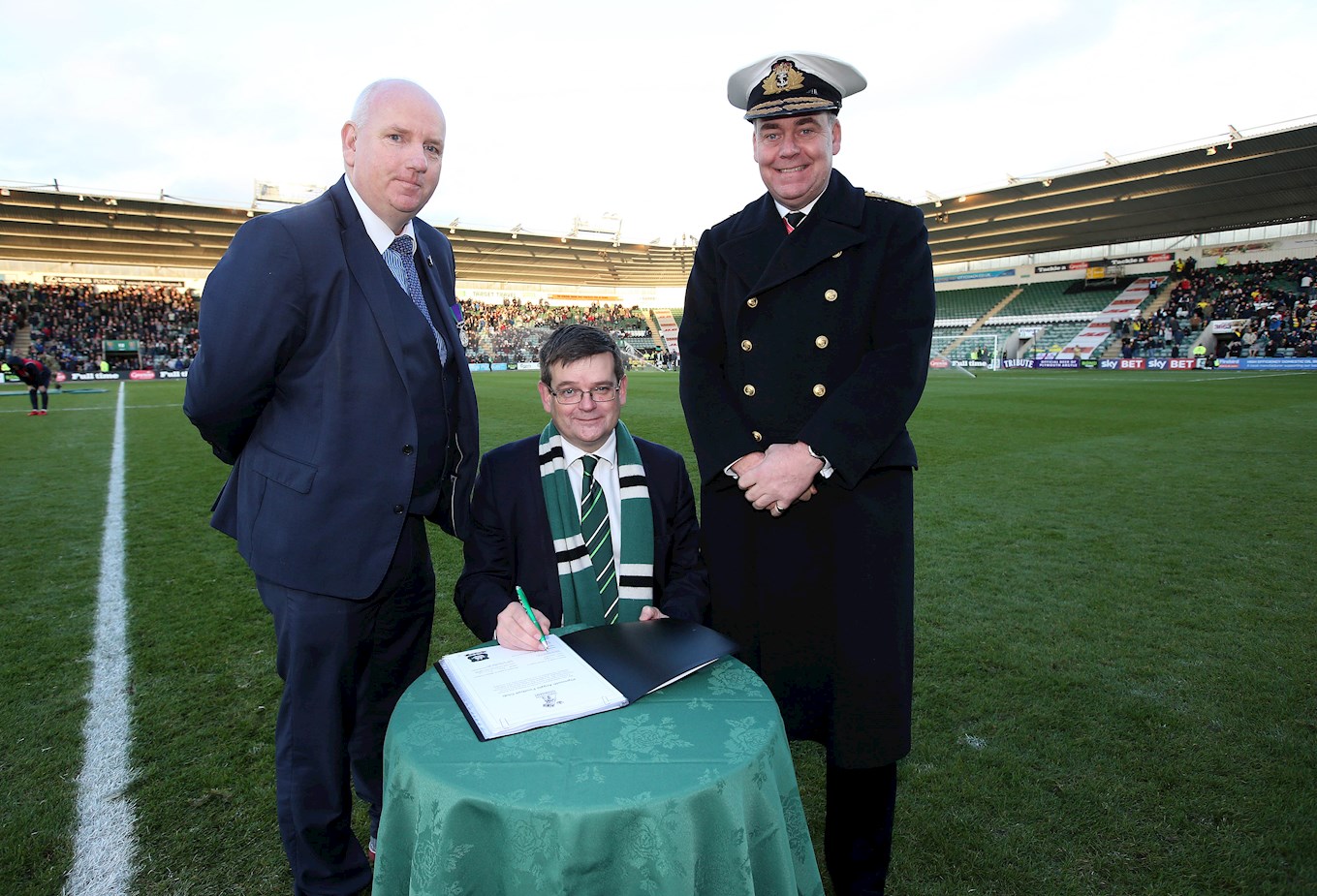 ARGYLE Chairman James Brent signed the Armed Forces Covenant on behalf of Plymouth Argyle on the pitch at half time during the Oxford United game on Armed Services Day.

The signing of the Covenant formalises Argyle's relationship with the military and builds on the already strong links that exist between the club and local military establishments and personnel.

The Covenant is an enduring formal commitment between the ‘The People of the United Kingdom, Her Majesty’s Government, and all those who serve or have served in the Armed Forces of the Crown and their families’ and seeks to ensure that service personnel and veterans are not disadvantaged because of the unique nature of service life.

The Covenant aims to ensure that all those that serve, whether Regular or Reserve, past or present, face no disadvantage compared to other citizens in the provision of public and commercial service. Special consideration is appropriate in some cases, especially for those who are bereaved, injured or experiencing mental health difficulties.

Plymouth Argyle Football Club are wholly committed to upholding the Covenant and have pledged to continue to work closely across a number of initiatives with military establishments and veteran support organisations.

As well as the annual Armed Services Day, the club is also already involved in a number of initiatives with serving personnel and veterans. We have recently hosted visits of personnel from Hasler Naval Service Recovery Centre and a large group from the local Military Kids Heroes Choir.

In addition, Argyle have launched of a new project funded by the Royal British Legion and delivered by Argyle Community Trust: ‘Active Argyle’. It aims to engage ex-service personnel in social events, such as cafe mornings, walking football, chair aerobics, kurling, boccia and much more.

We are immensely proud of our Armed Forces, especially those in the South West, and are honoured to show our support and commitment by signing the covenant.