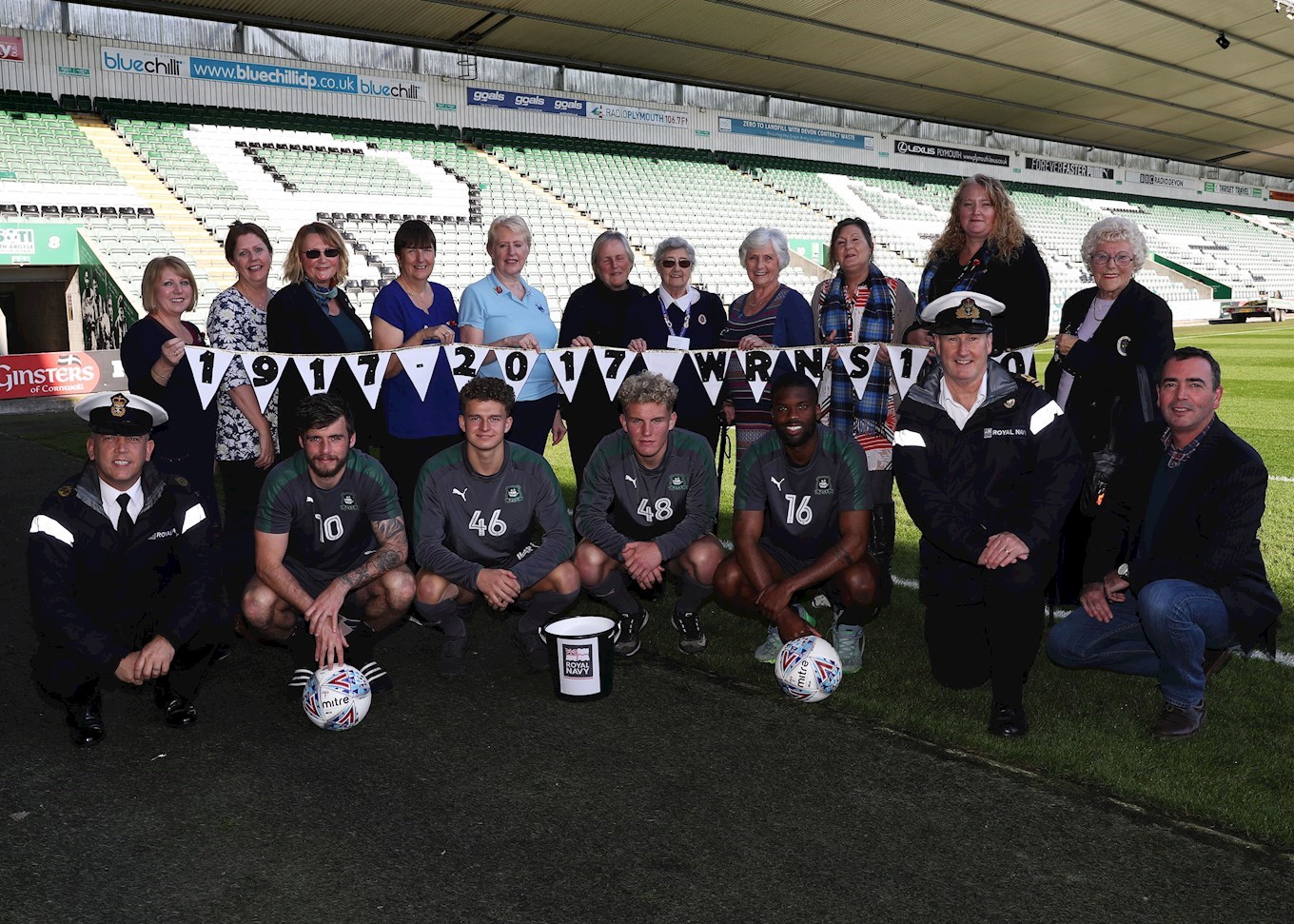 THIS Saturday sees our milestone Armed Services Day game at Home Park, the tenth such occasion when we take great pleasure in celebrating and paying tribute to our servicemen and women and their families.

The inaugural ASD took place near the end of the 2008-09 campaign and the event has since become a seasonal Home Park highlight.

This year, we are delighted to welcome Rear Admiral John Clink CBE as our guest of honour, along with hundreds of service personnel of all ranks and from all branches of the armed forces.

We are especially celebrating the role of women in the Royal Navy on the centenary of the formation of the Women’s Royal Naval Service. Although the WRNS was disbanded in 1993, the WRNS Association still represents formers members and current female members of the Royal Navy.

The Women’s Royal Naval Service Benevolent Trust was formed in 1942 to help cases of hardship among thousands of women who served in the WRNS. The trust works to provide help by issuing grants and using specialists of the Royal British Legion and Soldiers, Sailors, Airmen and Families Association.

ASD X includes contributions from HMS Heroes Military Kids Choir, the Devonport Royal Navy Volunteer Band and the Royal Marines, who will be delivering the match-ball in spectacular style and showing off their unarmed combat skills at half-time.

Also during the interval, the club will formalise its relationship with the military and build on the already strong links that exist between the club and local military and personnel by signing and  Armed Forces Covenant.

2.50 Match-ball is delivered by the Royal Marines to Women’s Royal Naval Service

AFTER Saturday afternoon’s action at the Theatre of Greens, we are opening up the Tribute Legends Lounge for the latest Home Park showcase of the area’s finest musical acts.

The Lounge will remain open after the game, when the Wireless will be playing completely free of charge from 9pm.  No advance purchase is necessary and doors close at midnight.

Choosing at will from the last 50 years of popular music, the Wireless deconstruct top tunes, paring them back to the bare bones and then put them through the Wireless-o-fier™ to construct a unique sound that is tailored to fit every occasion.