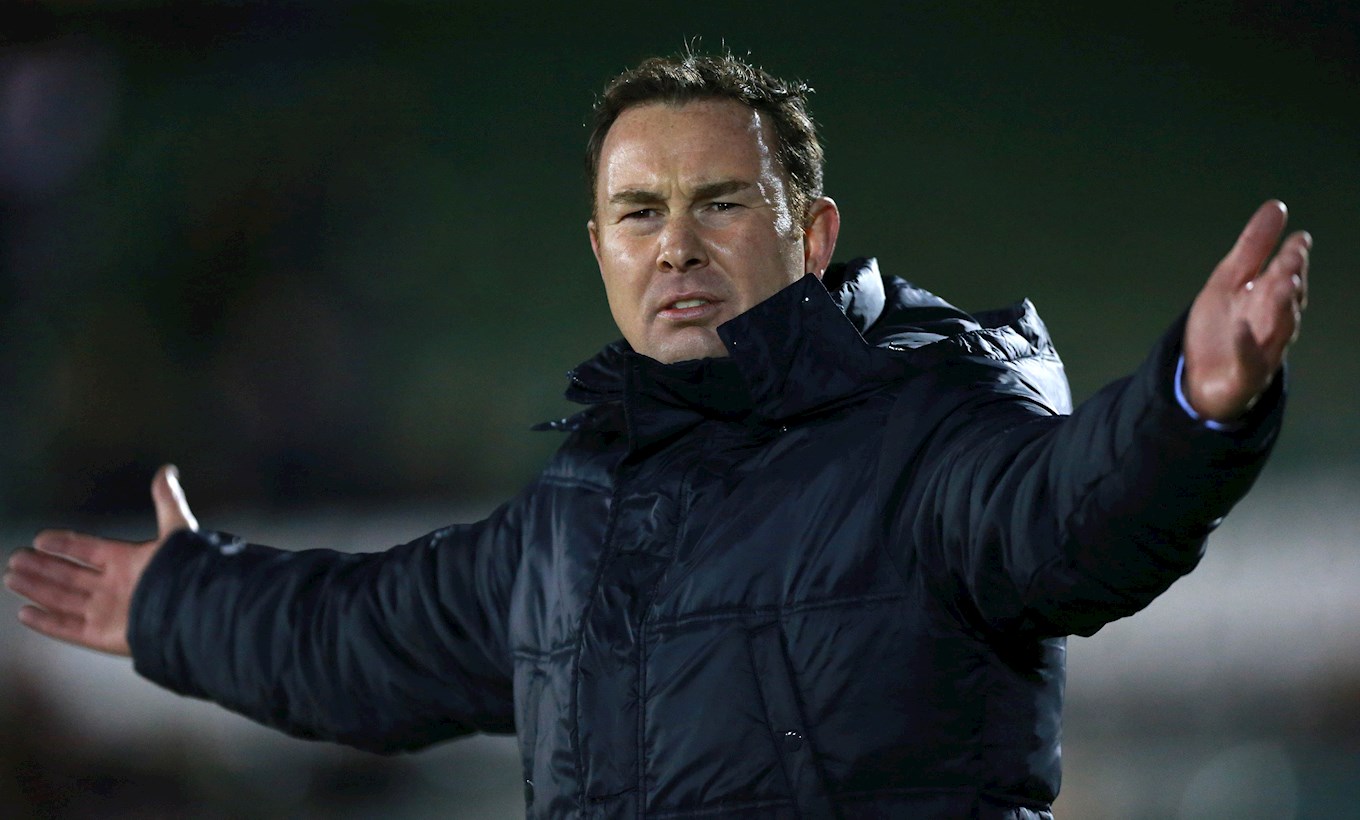 STRENGTH and solidity laid the groundworks for Argyle to overpower Northampton Town for a key 2-0 victory, in the eyes of manager Derek Adams.

Bouncing straight back from a defeat to Oxford United three days previous, the Pilgrims rarely looked like doing anything but winning against a talented, yet disjointed Northampton side. Argyle’s superior shape and presence needed goals to make them count, though, and they came through a familiar source.

Replicating his dominant showings of last season, Sonny Bradley popped up in the penalty box on several occasions, heading in both goals on the night. A David Fox delivery after half an hour gave Bradley his first of the night, before he popped up in the familiar back-post position to nod in Graham Carey’s cross on 52 minutes.

“I thought that we started the game very well,” said Derek. “I thought we controlled large spells of the first half, and to score the first goal is always vital in this league. We’ve seen that already this season, where we’ve gone ahead in games and we haven’t the lost the game.

“[It is] a very good delivery from David Fox, and Sonny Bradley back to doing what he’s best at: scoring goals with his head. Graham put the ball in for the second goal; another good delivery and goal. We are dangerous at set plays. We have got good presence in and around that penalty box, and it was good to see us score two good goals.

“Set plays are vital in the modern game, because teams are tactically aware and you don’t get a lot of opportunities in open play. We’ve shown that when we have good delivery, we have players in that penalty area that can score goals.”

Opportunities came from open play, too, with the pace of Jake Jervis stretching Town’s defences and wing play from Carey and Joel Grant keeping full backs pushed back. The scoreline could well have been even more pleasing to the eye, but the three points from a key match is all that matters to the manager.

“We flashed a few across the box and Jake was just unfortunate not to get on the end of one,” said Derek. "Jake’s done really well up front for us. He’s a threat in behind. When you have a striker with that running power in behind, defenders want to defend deep and they do get scared. The three in midfield were very strong and we’re delighted with that.

“It was an important game for us, because Northampton had been on a very good run until Saturday. They were going to put us under pressure and we dealt with it. Yeah, we maybe could’ve won by another goal, but we’re more than happy with 2-0.”

The third and fourth goals may not have come, but this bothered the boss little, as he watched his side look assured and resolute defensively. Once Bradley had given the Greens the lead, the hard work of himself and his defensive teammates secured a first home win in the league since defeating Charlton Athletic on August 12.

“We did sit a bit deeper,” said Adams, “but our players are quite comfortable playing in that formation, allowing the [other] team to have the ball and then picking them off, and we did that late in the second half.

“We’ve got a lot of experience in this side. They know how to play the game. When they sit back in they’re able to nullify the threat, and the threat was going to be a ball into the strikers or the ball down the side.

“We saw a number of balls go through our centre halves or we picked it up, and that was because our positional play was very good. There was one opening that they did get. I didn’t see them going to trouble us over the 90 minutes. It was a windy night and we dealt well with the conditions.

“All-round, the back four was very solid. Yes, they got through once or twice, but we dealt well with that situation, or they missed the opportunity. I thought in the forward areas as well, we looked lively."