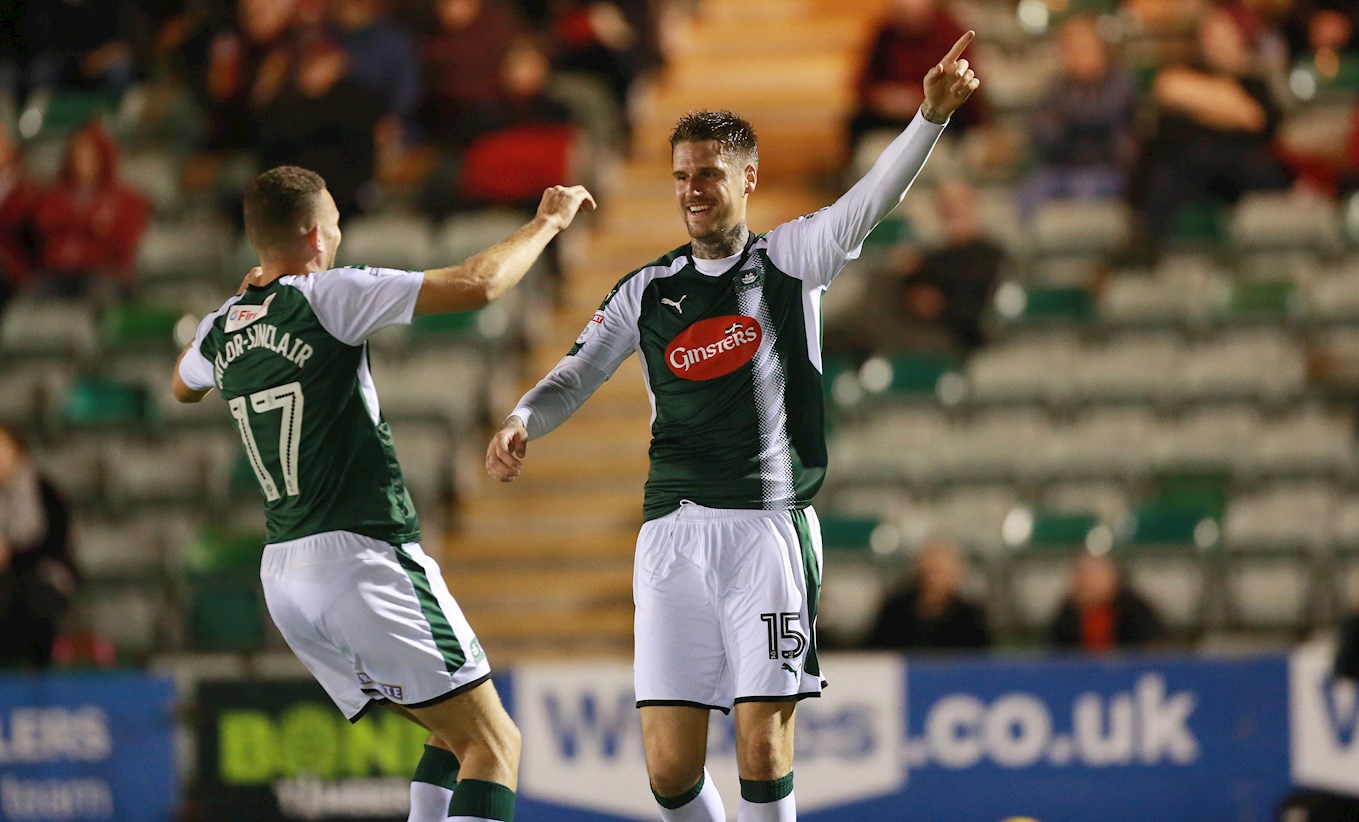 DESPITE scoring both goals and keeping a clean sheet in the Pilgrims’ first Tuesday-night win at Home Park for more than two years, Argyle defender Sonny Bradley left Home Park a dissatisfied man.

“I am disappointed I didn’t get the match-ball,” he said, after failing to claim the traditional prize for scoring a hat-trick in the 2-0 win over Northampton

“I have had a couple more headers at the back stick and I was thinking about the match ball and picturing myself walking off with it. It didn’t happen. I scored two and kept a clean sheet so I’m happy.’

The Green Army have become accustomed to a Sonny Bradley header at the back post since his arrival last summer.

After scoring seven goals last season, Sonny claimed his second and third goals of the season on Tuesday, having opened his account against Blackpool in a 3-1 defeat in September.

After scoring the first against Northampton, Sonny knew he was in for a good evening and felt like he could have scored more.

“I’ve had chances this season, but it hasn’t gone for me. After the first goal, I felt like, every time I’d go up for a corner or a free-kick, I was unstoppable. “Whoever was marking me they weren’t going to stop me. I got two and, after the second one, I thought I was nailed on for [the match-ball].”

Sonny scored first from a David Fox assist after a couple of Graham Carey free-kicks which came to nothing amid a strong Home Park wind.

“He put a great ball in and, to be honest, as the ball was coming in, I thought the ’keeper was going to take my head off. He decided to stay on his line and I thought I was going to score then.

“For the second one, G put it in a nice area and I’ve moved the defender out the way and headed it home.”