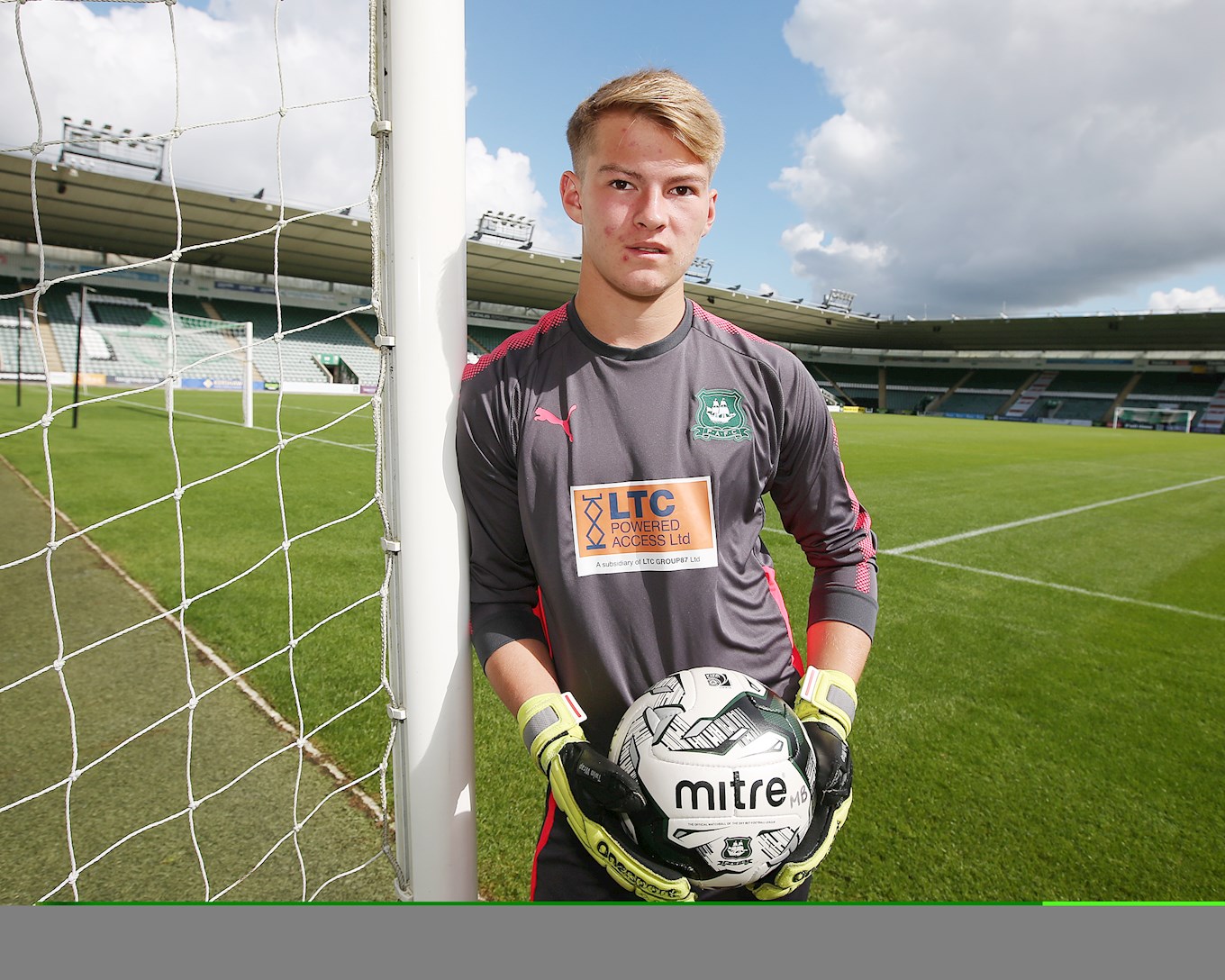 FIRST-YEAR apprentice Max Childs has been named on the Argyle substitutes’ bench for Tuesday’s Sky Bet League One game against Northampton Town.

The 16-year-old is the SIXTH goalkeeper to be called up for first-team duty by Argyle this season.

If Max plays, he will make Argyle history.

It would be the first time ever recorded that the Pilgrims would have used six different goalkeepers in a regular season.

He would be the first player born this millennium to play for the club, and, at 16 years and 200 days, the third youngest ever Pilgrim, behind Lee Phillips (16 years and 43 days) and Sam Shilton (16 years and 135 days).

Second-year apprentice Michael Cooper, who has been on the bench in recent weeks, joined the injury-list on Monday when he dislocated a finger in training, leading to Max’s call-up.

Max joined the Argyle Academy at the age of nine after he was scouted by Dan Herring, Argyle’s Technical Development Coach, while he was playing at Goals soccer school in Plymstock.

He has been coached by Argyle’s first-team goalkeeping coach Rhys Wilmot while he has been progressing through the club’s age-groups. Rhys will know Max well and will have every confidence in the teenager if he is called upon tonight.

During his time at the Academy, Max has been to the prestigious Milk Cup three times, including when the Pilgrims reached the semi-finals only to lose to 2-1 to Brazilian side Corinthians. Last season, he received international recognition after being selected to train for a two-day England goalkeeping camp for Under-15s.

Max has shown his capabilities in the Youth Alliance League last season, when he played ten times. He has also been heavily involved in Argyle’s South West Peninsula League team, making 12 appearances this season.