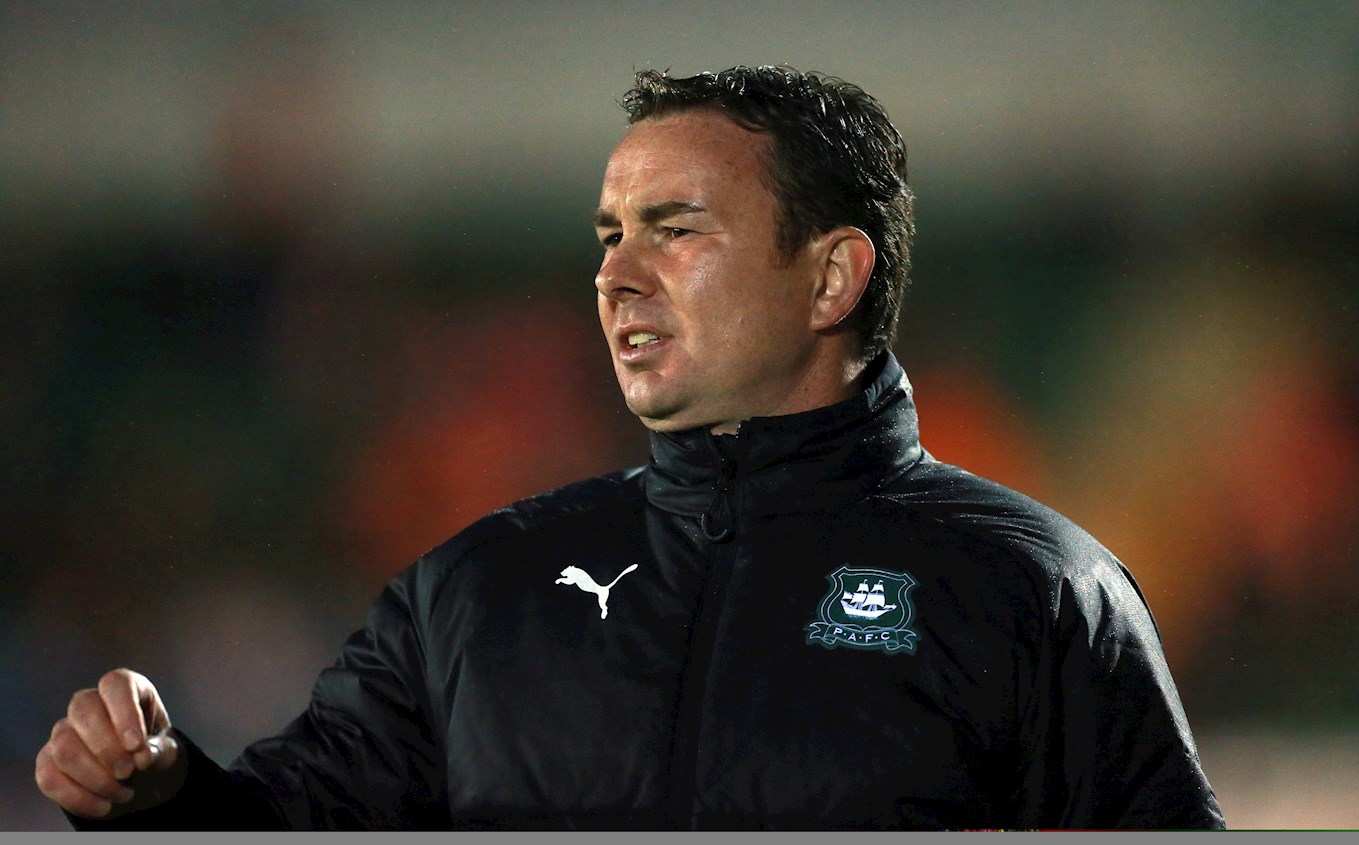 A NUMBER of close decisions during Argyle’s defeat to Oxford United did not go the way of Derek Adams’ side, continuing an unfortunate trend at Home Park.

The opening exchanges of the match looked set to replicate the attractive, open affair we saw the last time Oxford made the trip to Home Park – a 2-2 draw two seasons ago, with United heading for Sky Bet League 2 promotion and Argyle setting course for the play-off final. After 15 minutes, though, that all changed.

Ryan Ledson played a ball to Wes Thomas, who was challenged in the box by Ryan Edwards. Referee Graham Horwood opted to give a penalty and, even with the ‘double jeopardy’ rules regarding situations such as these in force, showed Edwards a red card. Adams was given an explanation for the decision by the officials and kept an open mind about the incident, but the disappointment was still clear to see and hear.

“It obviously turns on the sending off, very early in the match,” said Derek. “I think it was not long after 10 minutes that Edwards gets sent off. I haven’t seen the incident again, but I’m told that because Ryan didn’t make an attempt to win the ball, that’s why he was sent off.

“I haven’t seen it yet. It seemed, to me, harsh at the time, because of how quickly the sending off occurred. I couldn’t tell you if Ryan tried to play the ball or if he took the man. From where I was, all I saw was Thomas go beside him. After that, I couldn’t tell you what happened. I just saw two bodies on the ground.

United cashed on the personnel advantage and ran out 4-0 winners, with Thomas, James Henry and Jon Obika all netting in the second. Things could well have been different, though, if a pair of marginal calls went the way or Argyle. A possible offside during the build-up to Oxford’s second goal, as well as a penalty shout for an Oxford hand ball in their penalty area, were both not given. Whether they should have or not is up for debate, but Derek is keen for his side to give themselves every chance of getting those decisions.

“I did think in the build-up to the goal that it was [offside]”, said Adams. “I have been told by the fourth official that the linesman said it was the number 3 [Gary Sawyer] who was playing him onside. I don’t know how correct that is."

On the penalty shout, Derek said: “I thought that the player’s hands were in an unnatural position. He had thrown them up. I’m not sure if the ball hit the hand; I haven’t seen it [again] yet. But the players did claim for a penalty.

“They haven’t done at home this season. Sometimes, we’re too nice down here, and we’ve got to try and be a wee bit better than that.”