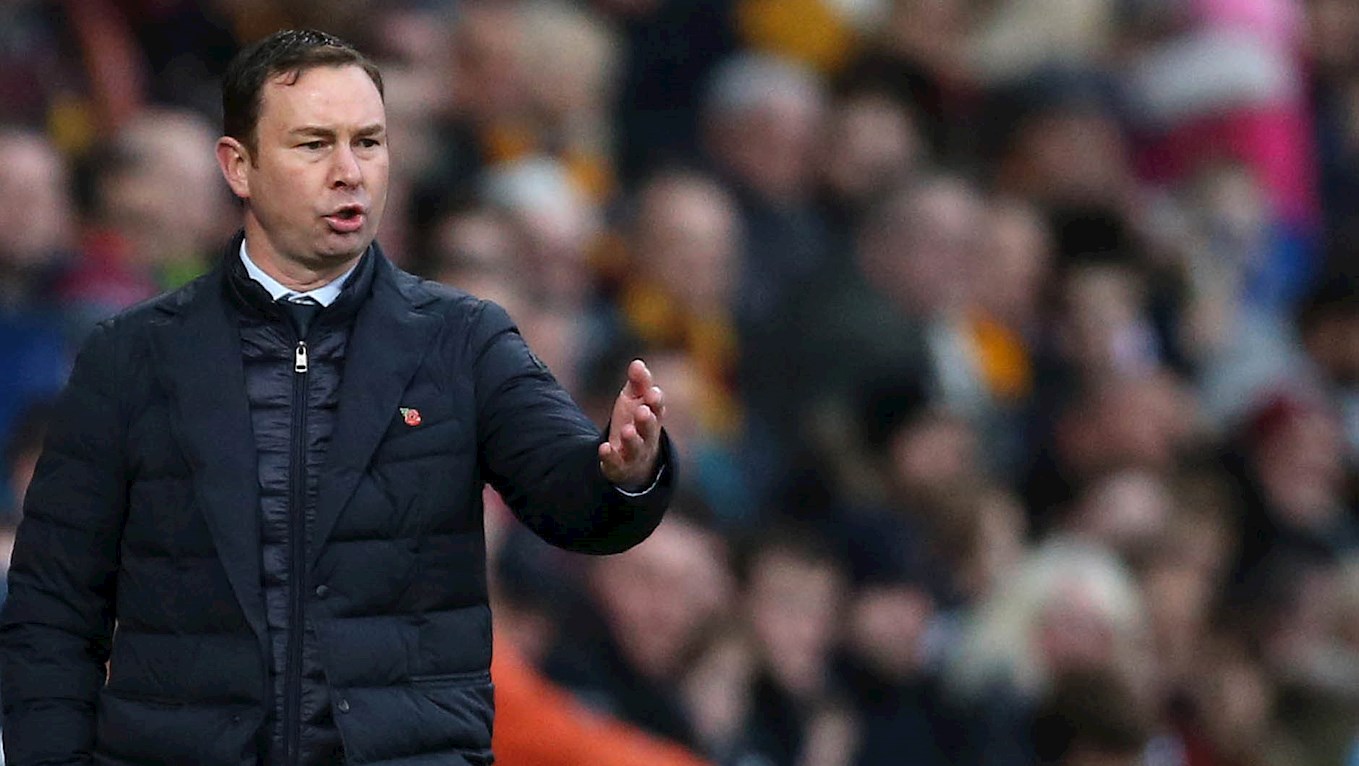 ON the back of a five-game unbeaten run in Sky Bet League One, Argyle go into Saturday’s Home Park encounter with Oxford United no longer bottom of the table.

Last Saturday’s victory over Bradford saw the club start to climb up the division, a just reward for a some fine displays. However, manager Derek Adams isn’t letting the table take his focus just yet.

“Winning and picking up points is what we’re looking at,” he said. “We’re looking to try and do that on Saturday against Oxford. We’ve put in a lot of strong performances this season and we’re getting the points we probably deserve now.”

In all competitions, Argyle’s recent unbeaten run stretches to six matches, with three of those being victories. Derek believes it is a fair reflection on how the club has progressed since being promoted last season.

“We’ve had a good spell of results recently,” he said. “I’m delighted with the progress we’re making.

“We’ve obviously gone to a team that were third in the league [Bradford] and won, and drawn against the top of the table in Shrewsbury. We’ve drawn against Blackburn and won against Charlton and they’re all around about the top. We feel, coming up from League Two, that we’re competing and now we’re getting the results our play probably deserves.”

Next up is Oxford, who have now settled into League One following their promotion in the summer of 2016. However, Derek is aware that they’re coming up against a different side to the one they faced two seasons ago.

“They’ve changed the manager since the last time we played against them in League Two and progressed as a football club,” he said. “They’ve stabilised in the division last year and they’ve changed their philosophy a wee bit in footballing terms, taking in different players.”

Graham Carey, who was suspended for the Bradford victory, is available for selection again for the first time since being awarded League One Player of the Month for October. However, despite that form, Derek admits it will be tough to make changes to a winning team.

He said: “He’s performed very well for us, but the team last week did exactly the same. Graham is a big player for us and he’s created a good number of chances this season for other players and scored a few goals.

“But we obviously won last week against Bradford so time will tell.”

One player who will not be turning out is former Argyle defender Curtis Nelson. Following the news that he will miss the rest of the season with a serious Achilles injury, Derek spoke kindly about his former captain.

“But players have come back from it and come back stronger. He’s a young boy, he’s athletic, and I’m sure the medical staff will give him the best medical treatment at Oxford.”

Saturday is Armed Forces Day at the club, an event which Derek believes to be a key one for the football club.

“It’s an important aspect because Plymouth is an armed forces city,” he said. “A lot of respect has been shown in both directions.

“We were across at HMS Raleigh on Tuesday and looking at how they go about their business and the boys got some shooting practice, which was very good. Every year, we try to go to a different base and a different activity.”