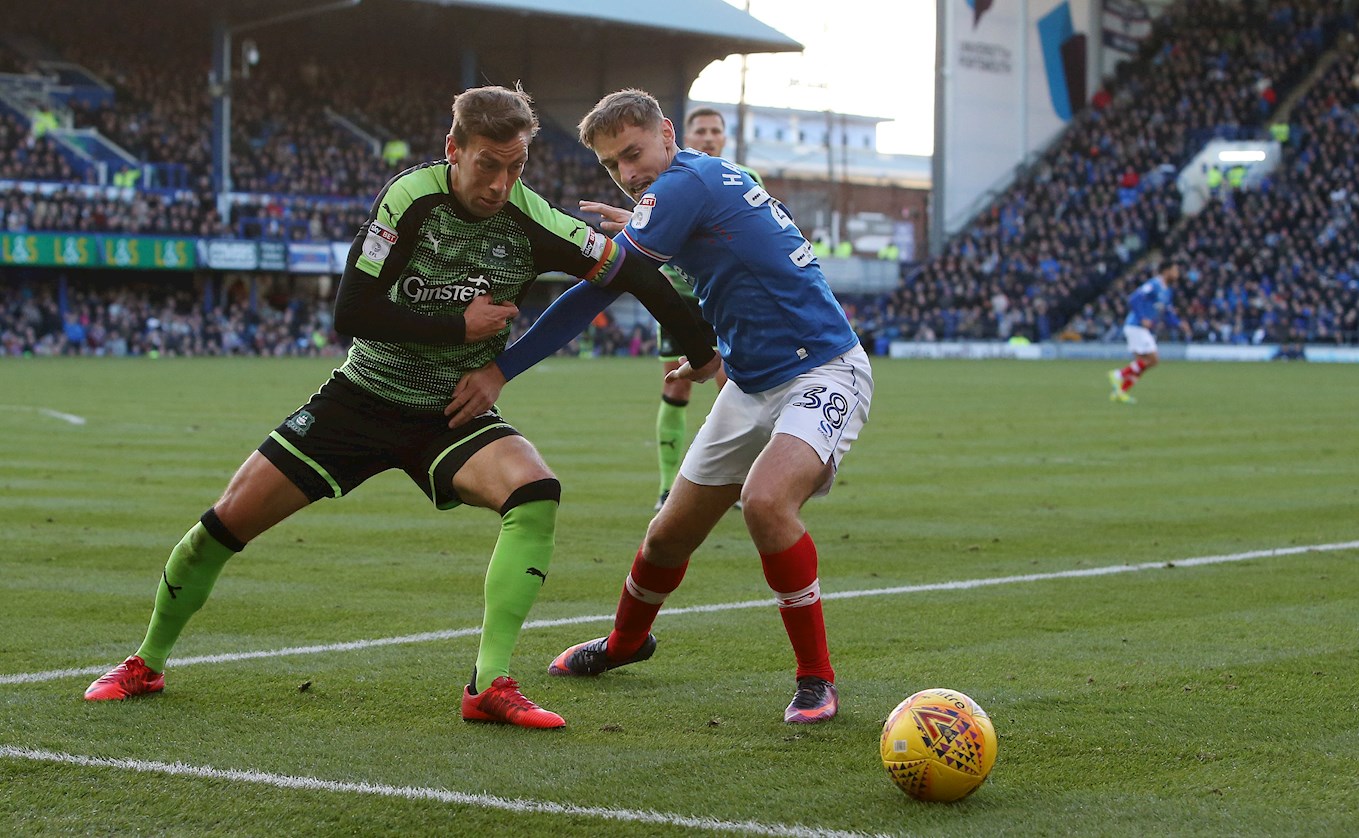 PORTSMOUTH claimed a first Dockyard Derby victory in six attempts thanks to Kal Naismith’s 25th-minute goal in an encounter largely devoid of the passion and incident of recent encounters.

The winner came after a slip by Argyle goalkeeper Remi Matthews, with Argyle unable to create enough goalscoring opportunities to give them a realistic chance of getting back into the game.

“We work on everything every day. Obviously goalscoring is one of those that we need to keep working on.”

The defeat saw the Pilgrims slip back to the foot of Sky Bet League One in a tight bottom third of the table, and Gary is sure that the spirit in the Home Park dressing-room will carry the Pilgrims through – after they have licked their wounds of the Portsmouth defeat.

"It’s a tough one to take,” he said. “It’s a big game for us in front of a big crowd and we know this one means a lot to our crowd.

“We have got a good group of boys here that can turn this around so everyone is on the same page and fighting.”