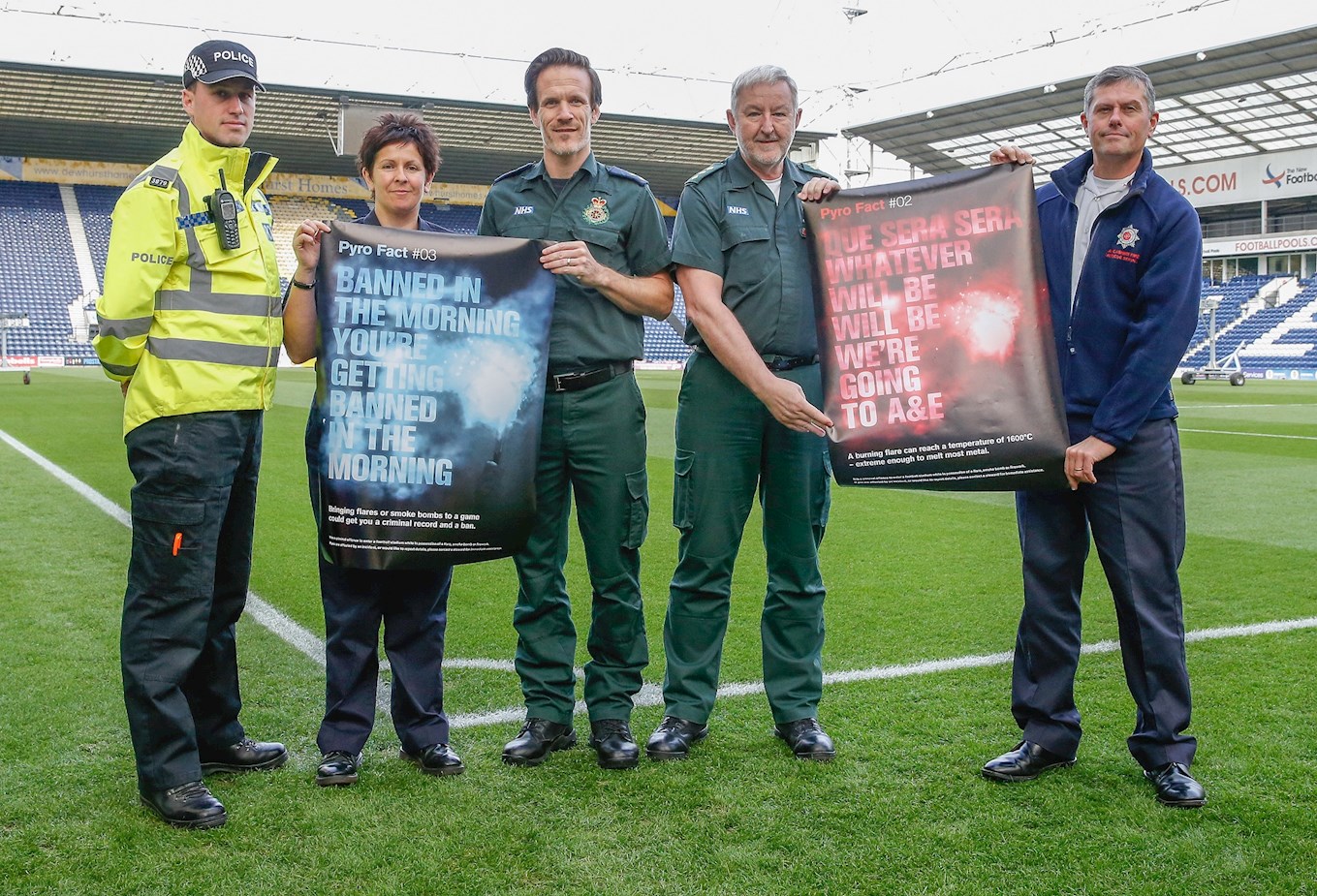 EFL Clubs Unite Against Pyrotechnics Use

ARGYLE are reiterating their zero tolerance stance on the use of pyrotechnics at football grounds, to accompany an official statement released by the FA.

Examples of pyrotechnics used at football grounds include flares and smoke grenades. To bring one into the ground, or use them at any time, is a criminal offence and the club will work with police to bring charges against anyone who is caught.

Plymouth Argyle have previously handed out an indefinite ban to a fan caught using a smoke grenade during an away match against Yeovil Town. Such a ban will be handed out immediately to all other perpetrators caught in the future. As part of the legal process, a Magistrates Court could hand an extended ban across all stadia, as well as a hefty fine. Repeat offenders may even face a custodial sentence for their actions.

Argyle have also cancelled tickets belonging to fans who have promoted the use of pyrotechnics on social media, or who have openly planned to bring one into the ground with them. The club acts robustly to find potential perpetrators, and monitors social media output as part of this approach.

We will of course maintain pre-match checks to ensure that no suspicious objects are being carried into the stadium on matchday. Should an incident occur nonetheless, we will work closely and swiftly with police authorities to find and bring charges to whoever is responsible for the act.

Criminal acts of this nature could have a wider impact on the club. The FA have previously issued warnings to the club as a result of poor acts of fan behaviour, and the FA are within their rights to enforce sanctions, potentially of a financial nature, onto the club if future warnings do not lead to an improvement in behaviour.

An EFL media release reads as follows: On the eve of this weekend’s Guy Fawkes celebrations, all 72 EFL Clubs have signed up to a new Chairman’s Charter to help put an end to the dangerous use of pyrotechnics, which include smoke bombs, flares and fireworks within EFL football grounds.

The introduction of the single issue charter comes amid increasing concerns about the proliferation of pyrotechnics being used in stadia during the opening matches of the 2017/18 season with its main objective to act as a future deterrent.

It also follows a number of incidents of significant concern where supporters have suffered serious injuries, including a 15-year-old boy who required hospital treatment for lung damage after a smoke bomb was thrown during a game.

In conjunction with police forces around the country, EFL Clubs will take strong and decisive action against any fan found attempting to bring a banned item into a ground. The same will apply to supporters who choose to discharge pyrotechnics within a stadium environment.  Police should be informed of such incidents and consideration given to a prosecution and subsequent banning order, where sufficient evidence is forthcoming of a criminal offence.

Any supporter found to be in breach of the terms of the charter will face a minimum three-season Club ban. Clubs will be permitted the flexibility to reduce the length of the Club ban should an offender recognise the danger of their actions.

EFL Chief Executive Shaun Harvey said: “Taking pyrotechnics into our grounds is a criminal offence and, where there is evidence that the law has been broken, the police will always seek to impose a football banning order as an appropriate measure.

“The EFL recognises the collective role it must play in deterring supporters from committing pyrotechnic offences and from today, as a result of the introduction of the new charter, our Clubs in all instances will ban any supporter if they are found to be in possession of a banned device when entering an EFL venue. The same will apply to anyone who discharges a pyrotechnic when inside a stadium facility.

“We understand the prospect of banning supporters is not an easy one for Clubs to contemplate and I would like to take this opportunity to thank all our member Clubs for their commitment to help deliver this important initiative on a collective basis.”

The National Police Chiefs' Council Lead for Football Policing, Deputy Chief Constable Mark Roberts said: “The use of pyrotechnics at football grounds presents a real risk to fans – there have been serious injuries and even a death as a result of their use. Our primary aim is always to keep fans safe and so welcome the EFL’s initiative to highlight and tackle the issue.

“The use of pyrotechnics or even trying to get them into a ground is a criminal offence. People using them are likely to face prosecution and a football banning order and aside of those consequences I would ask fans to consider how they would feel if, as a result of their actions, another supporter was scarred for life, seriously injured or worse.”

Tony Crook, Group Manager, Prevention, Protection and Road Safety at Lancashire Fire and Rescue Service added:  “We support the EFL and its Clubs in taking this stance.  Burning at over 1000 degrees these devices are highly likely to cause horrific burn injuries or even worse. Management should adopt and enforce a clear policy prohibiting spectators from bringing flares or fireworks into the sports ground.”