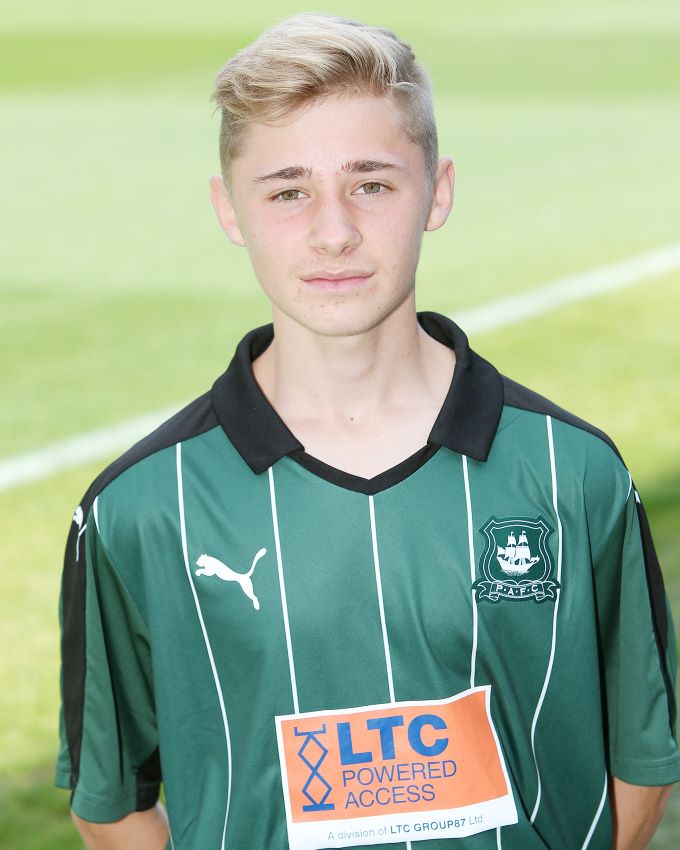 ARGYLE came from behind twice before snatching victory in a dramatic finish to their pulsating FA Youth Cup tie at Home Park.

Striker Klaidi Lolos won the match, and a dream home third-round tie against Manchester City, in the final of three added minutes.

It was a deserved victory for Argyle who went behind in the 19th minute to Tyler Burey's goal, which they leveled at the start of the second half through Matt Ward (pictured).

The game appeared to be heading for extra-time when Wimbledon netted ten minutes from the end through substitute Ayoub Assal, only for Argyle to respond immediately through Tom Purrington.

Argyle showed just one change from the side that had cruised past Eastleigh 7-2 in the first round, with new apprentice Lolos replacing Aaron Goulty.

Unsurprisingly, Wimbledon were an altogether tougher prospect than the Hampshire side. Although Argyle had plenty of early possession, notably through Lolos, they were unable to break through a well-organised defence.

Having repelled the Pilgrims' early efforts, the Dons took the lead against the flow of possession midway through the first half. Burey cut in off the left flank and let fly with a shot from outside the penalty area that beat goalkeeper Michael Cooper too easily.

It took a while for the Pilgrims to regain their composure but the chins were back up by the time the second half started and they looked a threat, certainly whenever midfielder Cameron Sangster got on the ball.

Their vigour disturbed their visitors and it was no surprise when Ward, beautifully played in by Ryan Law, fired an equaliser across Dons' goalkeeper Thomas Miles into the corner of the net.

The goal swung the momentum of the game well and truly in resurgent Argyle's favour. The omnihandful Lolos shot wide after good work from Sangster, then obliged Miles to make a save following Luke Jephcott's approach play.

It seemed that a Greens' go-ahead goal was only a matter of time but Wimbledon broke out from the constant pressure to hit them with a sucker punch. Burey was the provider, getting around Law and crossing low for substitute Assal to tuck the ball home at the near post.

Argyle were not done for, though, and leveled within five minutes when Purrington, one of the stars of the previous round, scored his third goal in this year's competition, powerfully heading home Sangster's corner.

Wimbledon came within inches of taking the lead for the third time when Burey's deflected shot hit the bar before Lolos claimed the dramatic victory with 40 seconds of added time remaining.