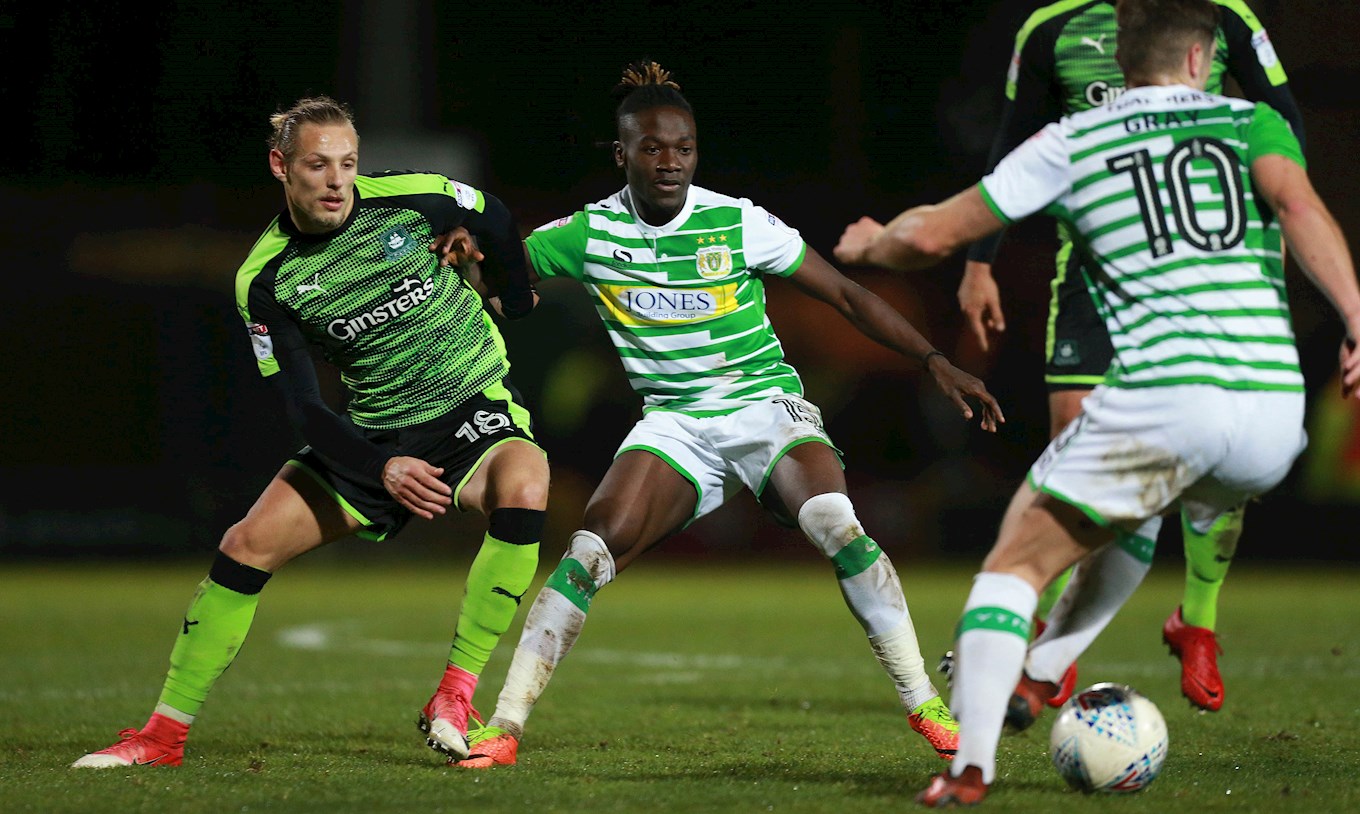 THE silver lining on the cloud of Argyle’s Checkatrade Trophy exit at Yeovil was the return to action of two key members of the Pilgrims’ first-team.

Forward Ryan Taylor, who scored in the 2-1 defeat at Huish Park, and midfielder Oscar Threlkled made their first appearances in the Green since the opening week of the season after suffering broken bones.

Ryan played for 70 minutes and Oscar the full 90 to put themselves in the frame for Saturday’s Emirates FA Cup tie at Bradford City.

“We were hoping [Ryan] would get 90 minutes tonight but he was just getting a wee bit leggy so we took him off.

“He does take the ball in well and score goals; he’s still got a bit to do to get up to speed.

“I would hope that, first of all, we can get him in the squad on Saturday. That’s my thinking at this moment in time. It depends how he reacts on Thursday and Friday, if he’s ready.

“[Oscar]’s the same. He’s still got a bit to go, fitness-wise, the same as Ryan. They were both a bit sluggish at times because they haven’t played for a while.

“It’s possible that they could both come into the squad for Saturday.”