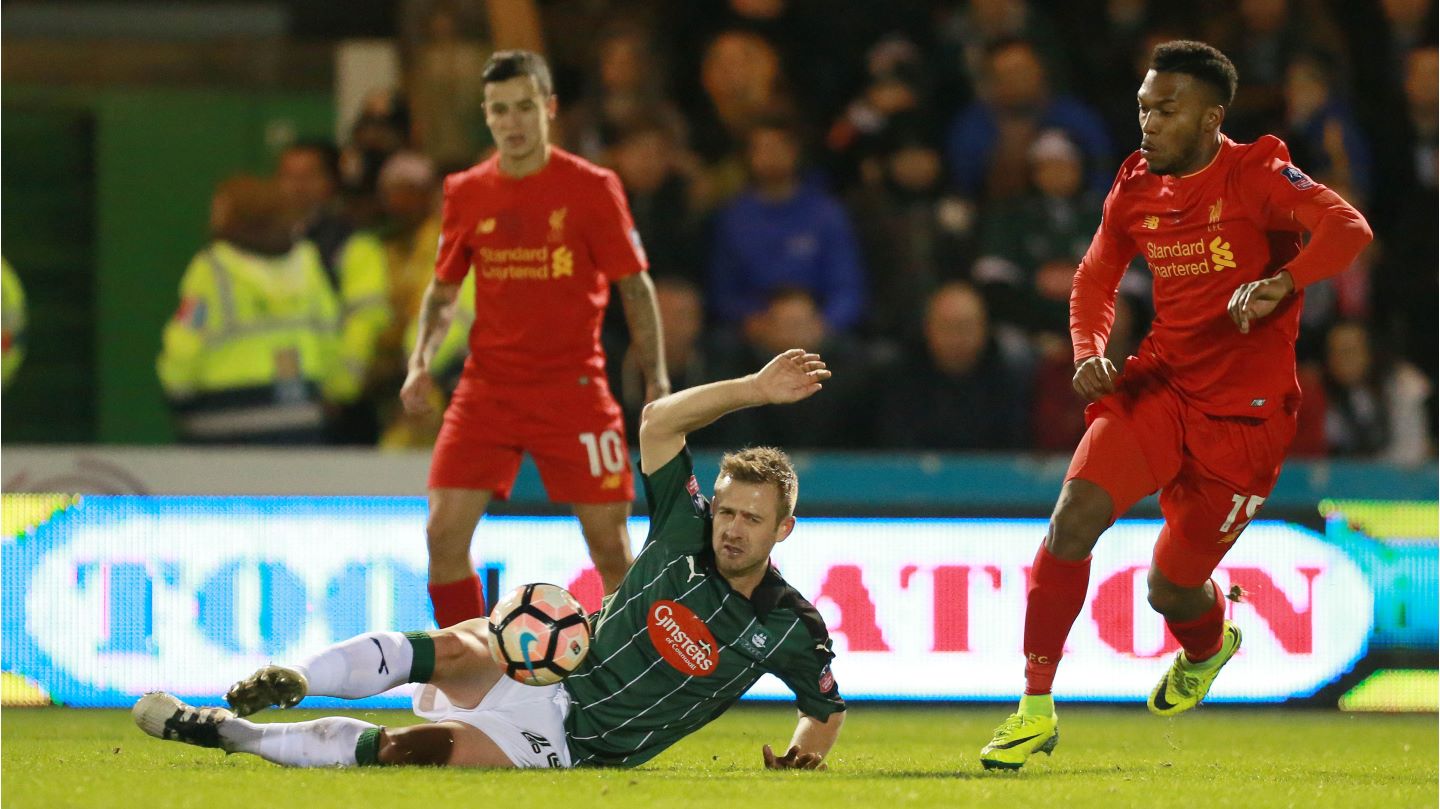 AFTER last season’s fantastic Emirates FA Cup run which saw Argyle take Liverpool back to Home Park after a draw at Anfield, David Fox is hoping for much of the same from the 2017-18 edition of the competition.

“That was a really enjoyable day and occasion,” said David. “We took lots of fans, and to get a result as well…those two games last year were really good. That’s what we are in here for trying to get these big clubs in the next round, every team in the club is going to try and do the same.”

Argyle may feel they owe one to Saturday’s first round opponents Grimsby Town, who stopped the Greens from winning the League Two title on the last day of the season. Fox knows that it’s going to be another difficult game against the Mariners.

“They are doing alright in their league,” he said. “They are winning games and they are tough to beat. Last season we struggled against them; I’m sure they will have different players and a different way of playing.

“We are expecting a tough test and we are at home and that’s the positive we can take. We have got to try and put the good form we are in at the minute and put it into a win.”

Foxy believes that recent results – Argyle are four games unbeaten, following a poor start - are starting to show around the club with confidence incrementally building.

He said: “The results have helped and confidence has picked up, you can see that in training everyday and the lads are a bit bubblier as there’s a bit of confidence coming back into the place now. You get that from getting results and you get that from not getting beat and that’s what is happening at the minute.”