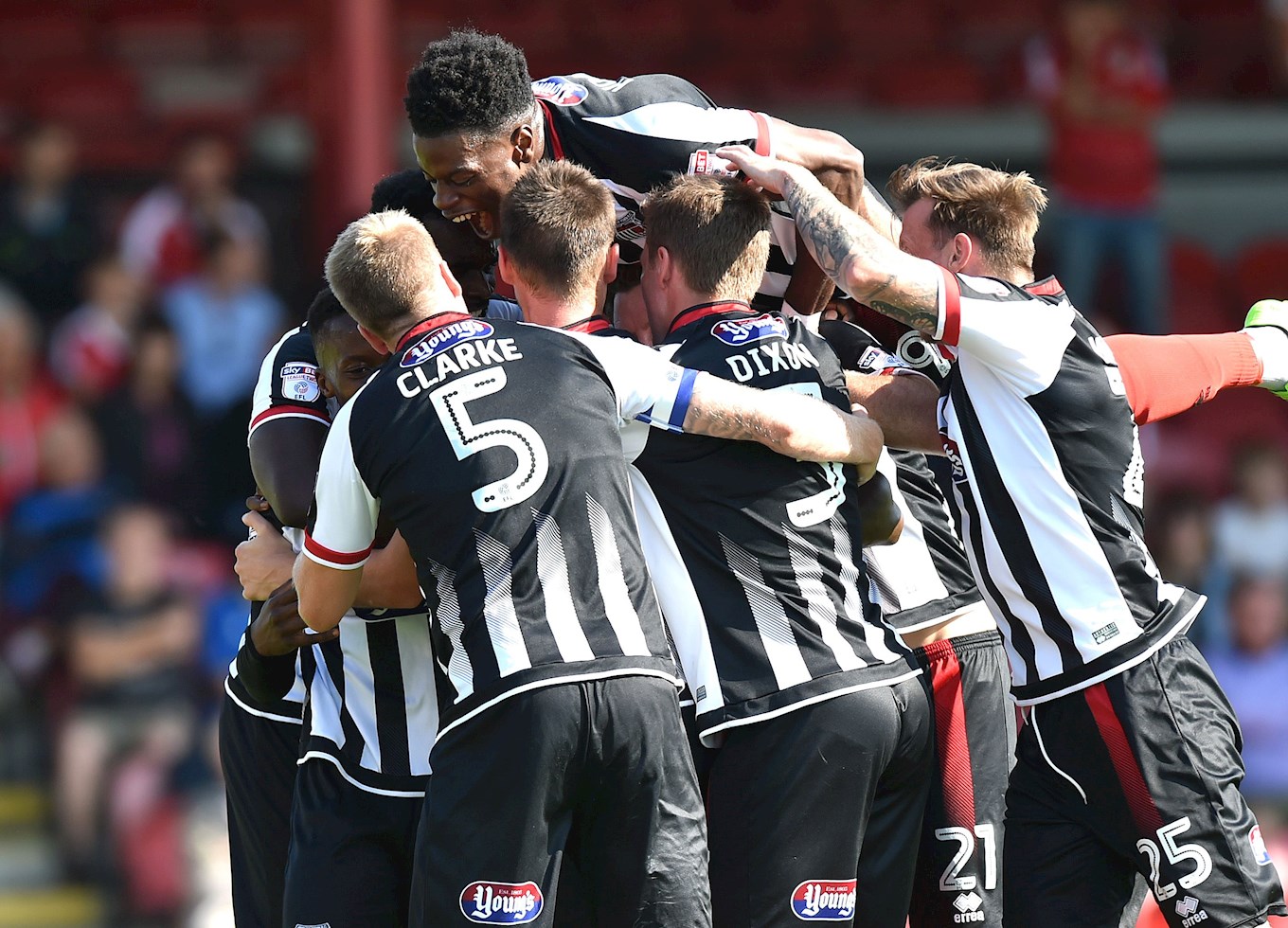 Luke, an academy graduate from Argyle, is regularly starting for the Mariners. Jamille, who featured prominently in the denouement of Argyle’s nearly-season of 2015-16, has played nine times this campaign, but is yet to get on the score sheet. Karleigh, who like Jamille has had more than his fair share of injury problems, has only played three matches this season as he looks to force his way into the starting 11.

Argyle and Grimsby have only played each other 32 times in history with a very even record of nine wins for each team, and 14 draws. Most notably in those draws was the last time we met; the game ended 1-1 in the final game of last season, with the Pilgrims needing three points to win the Sky Bet League Two title.

Today is the first time that we have met Grimsby Town in any Cup competition. They will become our 104th opponents in the FA Cup. Following this match, there will be only 22 of the other 91 current Premier League and EFL clubs that we have yet to meet in the famous competition.

Grimsby are currently 12th in Sky Bet League Two, four points of the play-off spots. They are unbeaten in five games having accumulated two wins and three draws. Intriguingly, the draws were all 0-0 at home, and the two wins came on their travels. The Mariners have kept five cleans sheets this season, with three of them coming in the month of October.

Sam Jones is their top scorer having netted five goals this season, as well as chipping in with two assists. He was signed by the Mariners for an undisclosed fee in January 2017 from Gateshead. He had impressed in non-league scoring nine goals in 18 starts from attacking midfield.

Another danger man to look out for is experienced centre-back Danny Collins. He has already scored three goals this season.

Grimsby have not fared well in cup competitions having been knocked out in the first round of the Carabao Cup by Derby and losing both of their Checkatrade Trophy matches so far.