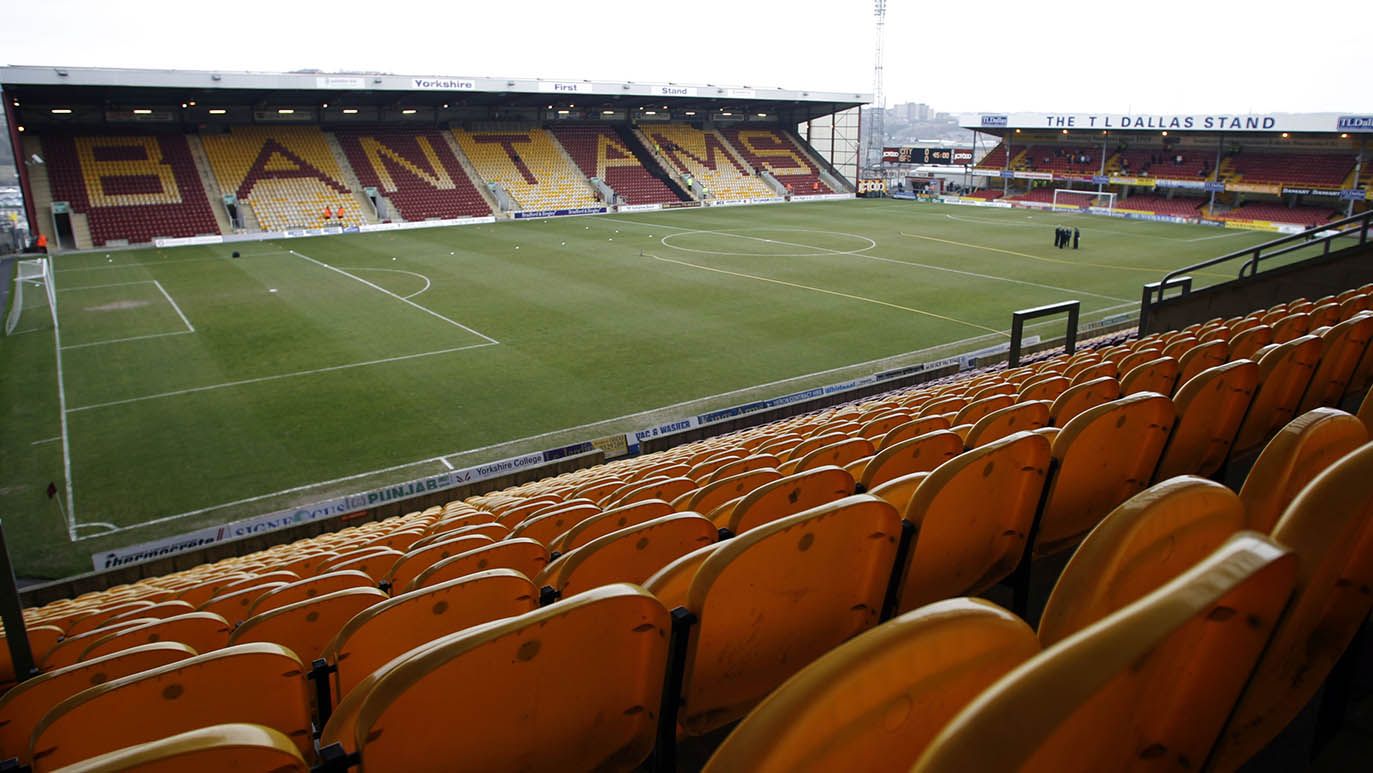 ARGYLE have been drawn away to Bradford City in the second round of the Emirates FA Cup.

The tie will be played on the weekend of December 1-4.

Coincidentally, Argyle meet Bradford in Sky Bet League One this Saturday, three weeks before the sides meet once again in the cup.

Prior to this Saturday's visit, Argyle's record at Valley Parade, now known as the Northern Commercials Stadium, is won eight, drawn eight, lost eight. In the 48 meetings between Argyle and Bradford from 1930 onwards, all have been league ties.

As soon as we have ticket information for you, we will provide it here on pafc.co.uk.