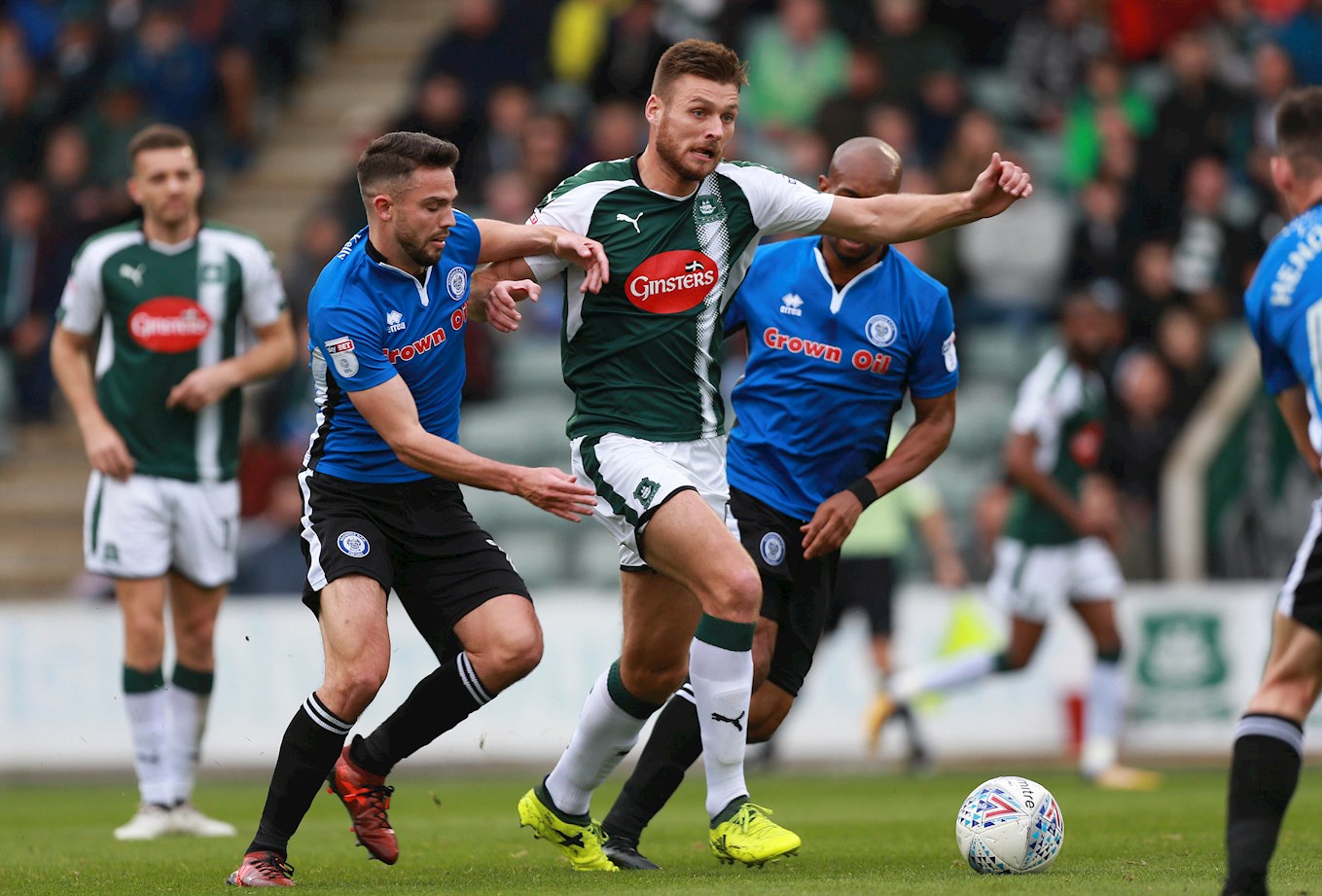 ARGYLE go into their next match, against Bradford City in Sky Bet League One, on the back of a five game unbeaten run, but Ryan Edwards believes there is plenty more to come.

The centre back has been a regular member of the team during this run, but he insists he still has even more to offer, and has high praise for those contributing around him.

“To be honest I haven’t hit the heights I’d like to yet,” he said. “I think I’ve done OK and I’m happy to be in the team and playing every week. I think that will continue to help me get better, because I’m still only young. I’ve still got a lot of learning to do. I said that when I first signed here, that I’m still young for a centre half and I want to keep learning and keep getting better, and hopefully that will continue to show.”

Ryan had plenty of complimentary things to say about his teammates from the last few games. He joined a growing list of people to heap praise on Norwich keeper Remi Matthews, who has impressed during his spell on loan with the club.

Ryan said: “I think he only came in the day before [the Wimbledon game] and you saw some of the saves he made that day. One thing I noticed about him since day one was his distribution. Some of the volleys he made straight out of his hand went straight down people’s throat, 50 yards away.

“He’s very good technically and we’ve seen him come for crosses as well, so he’s settled in perfectly. I don’t know what the situation is with keepers at the minute but he’s certainly doing well and long may it continue.”

Recent matches have seen Yann Songo’o move up into midfield, in a position just in front of the central defence. Edwards believes this has played a big part in improving the club’s form.

“I feel like we’ve tightened up a lot,” said Ryan, “as we’ve all seen since Yann has been in front of me and Sonny. That’s helped a lot. He does a lot of unnoticed work, although people are starting to notice it. He seems to be getting a lot of credit, and rightly so. He takes the pressure off me and Sonny in the back four and I think that’s played a big part in tightening up and shutting up shop a bit.”

Ryan also discussed the form of Gary Sawyer, who has been playing in the slightly unfamiliar role of right back in recent games. Ryan is not surprised by how well Gary has taken to it.

“You wouldn’t know because he practises in training every day,” said Ryan. “Certainly when I work with him he practises his right foot every day. Sometimes when he’s got time on the ball he can get it on his left, but I don’t think you’d notice. He’s not struggled.”